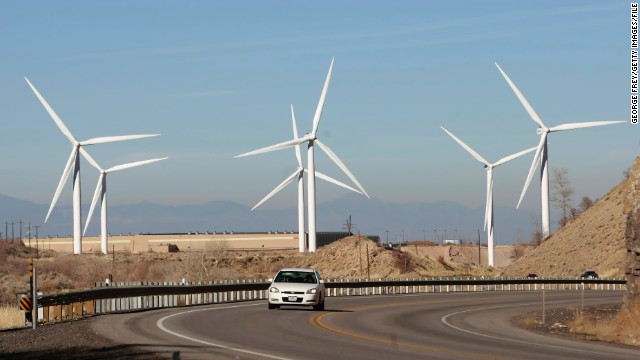 By Michael Brune, Special to CNN

Editor’s note: Michael Brune is executive director of the Sierra Club. The views expressed are his own.

Two weeks ago, President Barack Obama announced the first-ever standards to protect Americans from the climate-disrupting carbon pollution pumped out of new power plants. One week later, the Intergovernmental Panel on Climate Change confirmed that we need that action – and more – if we are going to curb the pollution that is making our kids sick and fueling the extreme weather that’s resulting in record temperatures, record storms, record droughts, and record wildfires.

The U.N. established the Intergovernmental Panel on Climate Change in 1988 to collect and disseminate the current best science from around the globe on climate disruption. Since then, it has issued four critically important reports that have helped us understand just how serious the threat of the climate crisis is. And, on Friday, the release of data from the fifth report made it clear that this threat is now a dangerous new reality.

There’s a lot of information in the report, and so far, we’ve just seen a “summary for policymakers.” But what has been released is eye opening about our need to act and act now. As Secretary of State John Kerry said: “If this isn’t an alarm bell, then I don’t know what one is.”

Don’t be fooled by the noise coming from the climate denial machine that big polluters have been fueling with their dollars for years – the scientific work reported by the IPCC is the gold standard for getting a big picture understanding of what's happening to our climate. The report is authored by 259 scientists and contributors from 36 countries. They are scrupulous about quantifying the certainty of both findings and projections. Given that this is the first report in six years, they’ve also had the time to carefully arrive at an important consensus. And, as a result, this report is the best tool we have for making informed, rational decisions about how to deal with the climate crisis.

The overwhelming findings of the report are clear: the climate crisis is here, it’s driven by human activity and the burning of fossil fuels, and it is accelerating. So, there’s a lot of bad news, when you look at the specifics. For example, several effects of climate disruption have accelerated during the past decade. We’ve lost more Arctic sea ice. Big glaciers are melting. Our oceans are absorbing carbon pollution and getting more acidic, killing reefs and marine life as a result. The seas are rising dramatically.

More from CNN: We need common sense on climate

Before its release, some of the polluter-backed deniers claimed the report would find the rise in temperatures to be on a hiatus. It’s a bizarre argument given that 12 of the warmest years in recorded history occurred during the last 15 years – and, as it turns out,  that instead of a hiatus, the IPCC report projects temperatures in almost every region of the globe will keep rising.

But enough with the scary stuff. The report finds a very clear and very bright ray of hope. Here's the single most important thing you need to know: It's not too late. We still have time to do something about climate disruption.

The best estimate from the best science is that we can curb the overall warming from human-caused carbon pollution to less than 3.6 degrees Fahrenheit – if we act now. The bottom line is that our house is on fire. But instead of arguing about how fast it’s burning, we need to control the damage and start throwing buckets of water.

We're going to need a lot of buckets. We'll also need to be smart about how we use them.

Our number one priority must be to reduce the number one cause of the climate crisis: our dependence on dirty fossil fuels like coal, oil, and gas. The good news is we’ve already been doing that, growing our clean energy economy that creates jobs while keeping pollution out of our air. In fact, in just four years, solar energy in the United States has grown by a factor of five while wind energy has doubled. It’s good news for our planet and our economy, because every dollar invested in clean, renewable energy creates three times as many jobs as a dollar invested in dirty fossil fuels. But we can’t stop there. That’s why the president’s commitment to double down on clean energy is so important. And it’s why the proposed carbon pollution standards for new power plants that the Obama administration announced recently are so critical and common sense.

More from CNN: Obama is right on climate change

These safeguards are aimed at our single biggest source of carbon pollution: coal. If you care about climate disruption, you have to care about keeping carbon pollution from coal-fired power plants out of our air. That’s why we applaud President Obama’s decisive action to take this step forward.

The president has some other big tools at his disposal, too. He can and should reject the dirty and dangerous Keystone XL pipeline, which would expand the use of some of the dirtiest, most carbon intensive fuel on earth: tar sands. He can and should end destructive oil and gas drilling in the Arctic and on our public lands – a practice that doesn’t just contaminate our climate, but also destroys some of our nation’s most pristine and treasured places. He can and should stop mountaintop removal coal mining, which effectively lets coal companies cut the top off of a mountain in order to extract coal. He can and should curb fossil fuel exports and reject the notion that natural gas is somehow “clean” when it dumps climate-disrupting methane into our air.

If we are going to meet the demand for action that the climate crisis requires, we have to take these steps. The president said it best. Answering the question of how we act on the climate crisis “will have a profound impact on the world that we leave behind not just to you, but to your children and to your grandchildren.”

The crisis poses us with an obligation to act, but also an opportunity. Leading the way toward a clean energy future is not just possible in America – it’s probable. It is in our national spirit to innovate our way out of challenges, not to pretend they don’t exist. And as we continue to act on the challenge of climate disruption, the jobs and financial growth offered by clean energy solutions will strengthen our economy while we protect our planet.

The best climate scientists on the planet have sounded the alarm. It’s time to get to work.