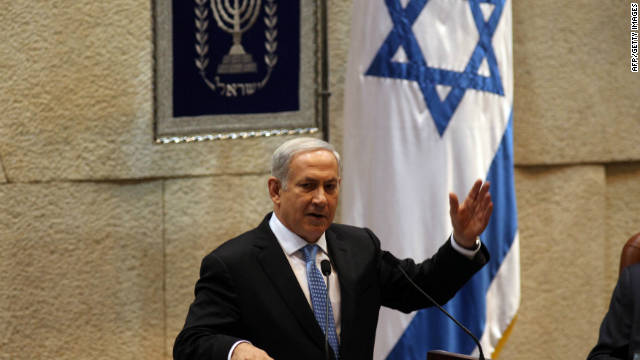 Israel must be wary of those lining up to give advice

By Danny Danon, Special to CNN

Editor’s note: Danny Danon is Israel’s deputy defense minister and the author of Israel: The Will to Prevail.

Israeli Prime Minister Benjamin Netanyahu’s visit to the United States this week has provided yet another reminder of how our country’s “volunteer advisers,” pundits and columnists are always quick to lavish their counsel upon us. Often forgotten once these thoughts of the day are neglected in favor of new topics is how much of this advice is proven by history to be dead wrong.

The Golan Heights and Israel is one such topic worth examining. International focus on Syria today centers on the heinous chemical attacks and its war-torn urban landscapes replete with rubble, bombs and bodies. These are heart wrenching scenes, and in Israel, as everywhere, we pray for a speedy end to this conflict and its wanton destruction. But simmering beneath these tragic headlines has been another key issue that sheds much light on the “value” of the advice Israel’s government receives – the Golan Heights, that slender tract of land along the Israel-Syria border.

The al-Assad regime has withdrawn thousands of its troops from the Syrian side of the Golan, mobilizing them for the defense of Damascus. This has created a power vacuum in the south of the country as the most significant troop redeployment of its kind in 40 years took place from the buffer zone.

The results were quick in coming. The Guardian reports that jihadist fighters, always on the prowl for new fronts from which to attack Israel, have been seeping into this area. The formerly quiet communities of the Golan have since witnessed numerous mortar attacks – erroneous or otherwise – since the army's redeployment.

How did we get here? Until the IDF took the high ground in 1967’s Six-Day War, Syrian gunners relentlessly rained down artillery shells on Israel's northern farmers. But, following Israel’s victory, the Knesset eventually applied full Israeli law to the area in 1981. Israelis moved into the former no-man's land, tourist attractions were created, wineries were established. Most importantly, the tacit agreement for quiet with Syria held firm literally for decades – until today's civil war.

Sadly, as the conflict in Syria has intensified, shells and small arms fire have been directed into Israel by the rebels, some of whom are determined to create a new battlefront for their extremist fight against the Jewish state. Croatia and Japan already withdrew their troops stationed in the area from the U.N. Disengagement Observer Force, and others might follow suit as tensions on the ground continue to heat up.

Taking a step back, it is hard not to recall the incredibly mistaken counsel of assorted pundits and false prophets that appeared intermittently over the past two decades. Even though a more than fragile peace held firm, that did not stop any number of columnists from trying to fix unbroken wagons.

As recently as 2009, noted columnist Nicholas Kristof opined that "the U.S. should focus on a peace deal between Syria and Israel…the path forward is to try to peel Syria away from Iran…Most elements of the Israel-Syria deal were agreed upon years ago, and one of Syria's main aims is better relations with the U.S. That is something that the Obama administration can provide."

And Kristof merely reflected the “current wisdom” that prevailed until al-Assad's own people rose up against the dictator scant months later. Indeed, in the view of many, Syria simply sought to secure peace, while the inflexible Israelis resisted.

As Levant specialist Carsten Wieland, put it in April 2007: “A deal was within close reach in January 2000…that Syria’s President Haffaz al-Assad had made exceptionally far-reaching concessions…but his counterpart, Prime Minister Ehud Barak retreated from compromise on this crucial issue on a commitment to complete (Golan) withdrawal to the borders of 4 June 1967. Syria saw this as a betrayal. These negotiations were a missed opportunity.”

Of course, left of center Israeli commentators also chimed in as time after time, supposed wise men suggested trading the Golan Heights for a cornucopia of elusive benefits.

But to these long-distance advisers, I have but one question: Where would Israel be today had we forged an agreement with al-Assad in Syria and relinquished the high ground that protects our people not only from the chemical weapons of the Ba'athist gunners but al Qaeda terrorists as well?

Clearly, not all advice is bad – sometimes it can be wise and prudent. But as a new round of “suggestions” begins, Israel should pause before deciding how best to respond to the current wisdom.

So many today treat “two states for two people,” Israel and Palestine, as a sacrosanct mission carved in stone, its outcome inevitable. I challenge these counselors to look around at how much our region has changed and ask themselves, might not fresh approaches be wiser than ritualistically repeating old slogans?

The path of least resistance always beckons Israel to take the first step, to hope that surrendering territory might result in actual peace. Yet our experience in withdrawing from Gaza has resulted only in continuous rocket attacks on innocent civilians, and our presumed negotiating partners are divided into the rejectionists of Hamas in Gaza and the feckless chiefs of the Palestinian Authority in Ramallah, neither group even agreeing on how or when to speak to each other.

At the end of the day, Israel has but one course – to shun the current conventional wisdom and the echo chamber of pundits and instead search for pragmatic, workable solutions to our challenges. It is the only way to ensure both the security of our people and the vibrant democracy of our society.

Next entry »What I'm reading: Why the public is scared
« Previous entryWhy the 'Netanyahu Doctrine' makes sense