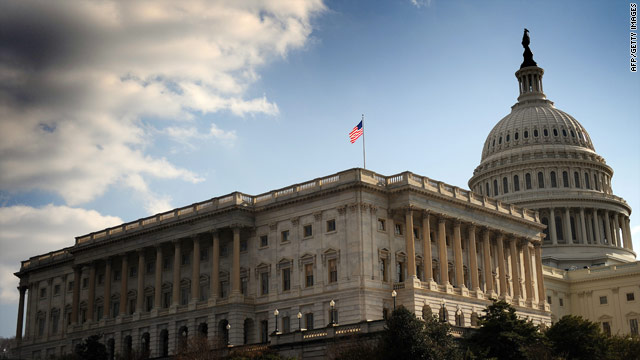 How to solve the crisis in Washington

It is the defining moment of a democracy – an outgoing leader celebrates the election of a new one, from the opposing party. Think of George H.W. Bush welcoming Bill Clinton, or Jimmy Carter doing the same for Ronald Reagan. Across the world, this is the acid test of a real democracy. Mexicans will tell you that they knew that they had gotten there when President Ernesto Zedillo, after 70 years of one-party rule, allowed free elections and stood with his newly elected successor and affirmed his legitimacy.

The basic and powerful idea behind this ritual is that in a democracy, the process is more important than the outcome. If a genuine democratic process has been followed, we have to accept the results, regardless of how much we dislike the outcome. The ultimate example of this in recent American history might be Al Gore’s elegant acceptance of the process – complicated, politicized, but utterly constitutional – that put George W. Bush in the White House.

It must also have been difficult for Richard Nixon to grin and accept the results of the 1960 election – a poll marred by voter fraud that John F. Kennedy won by a narrow margin – but he did. And as vice president, he reported the results to the Senate, saying:

“This is the first time in 100 years that a candidate for the presidency announced the result of an election in which he was defeated and announced the victory of his opponent. I do not think we could have a more striking example of the stability of our constitutional system and of the proud tradition of the American people of developing, respecting and honoring institutions of self-government. In our campaigns, no matter how hard fought they may be, no matter how close the election may turn out to be, those who lose accept the verdict and support those who win.”

That is what is at stake in Washington this week. The debate going on there is not trivial, not transitory – and not about Obamacare. Whatever you think about the Affordable Care Act, it is a law that was passed by the House of Representatives and the Senate, then signed by the president, and then validated by the Supreme Court as constitutional. This does not mean it cannot be repealed. Of course it can be repealed, as can most laws. But to do so, it would need another piece of legislation – one that says quite simply “The Affordable Care Act is hereby repealed in its entirety” – that passes the House and Senate and is then signed into law by the president.

But what cannot be allowed to stand is the notion that if a group of legislators cannot convince a majority in both houses and the president to agree with them, they will shut down the government or threaten to default until they can get their way. That is extortion, not democracy.

I would be happy to see President Barack Obama compromise on the budget, taxes, spending – even health care. But he cannot compromise on the principle that the rules of democracy must be respected, whatever the outcome. If Democrats had threatened to shut down the government to force the repeal of the Bush tax cuts or defund the Iraq War, I would have hoped Bush would have also been uncompromising.

So, how to solve the crisis? Many have wondered when the grown-ups in the Republican Party will force the House minority to call off this campaign. But that misunderstands the changed nature of American government. There are no more “grown-ups” in Washington, in the sense of a powerful political establishment that can get younger members of Congress in line. There are, instead, 535 political entrepreneurs, each seeking reelection and worried only about his or her fate.

Consider what happened with immigration reform, when almost the entire Republican establishment wanted to make a deal with the Democrats and yet a minority of House members once again were able to derail things. John Boehner is not leading his party, he is being led by its most passionate and radical wing. This crisis can only end when members of that wing understand that what they are doing is anti-democratic and harmful to the country.

Meanwhile, there is a way to turn this crisis into an opportunity. The debt ceiling is an absurd anachronism that should not anyway exist. Only a handful of countries around the world have anything like it. And the president cannot actually make sense of it.

Were Obama to do this, it would solve the current crisis, and also end the prospect that the crux of America’s financial power – its sovereign debt and the dollar’s role as the world’s reserve currency – could ever again be held hostage through thoroughly undemocratic parliamentary games.

Finance aside, America’s global influence derives in large measure from the strength of its democracy. If American politicians start playing fast and loose with the rules, doing whatever it takes to get the results that they want, what does that say to people in Russia, Egypt, Iran, and Venezuela who get pious lectures on the rules of democracy? It tells them that something is deeply wrong with the American system these days.