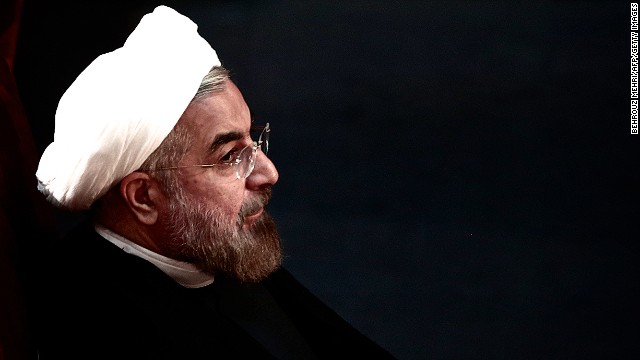 By Muhammad Sahimi, Special to CNN

Editor’s note: Muhammad Sahimi is a professor at the University of Southern California and editor of the website Iran News & Middle East Reports. The views expressed are his own.

“Like resurrecting a corpse.” That was how noted journalist, documentary film maker and dissident Mohammad Nourizad described the landslide victory of Hassan Rouhani in Iran’s presidential election in June.

But although Rouhani has been trying to deliver on a pre-election pledge to make Iranians’ lives better by reviving another corpse, namely his country’s economy, it has been clear that his most pressing task is actually turning around relations with the U.S. And it’s something he will need America’s help to achieve.

Iran, just like Israel and the U.S., has vocal hardliners that reject any rapprochement. So it may have been an unpleasant surprise to them that Rouhani appointed the highly respected, U.S.-educated diplomat Mohammad Javad Zarif as foreign minister, transferred Iran’s nuclear dossier from the Supreme National Security Council (a body controlled by hardliners) to the Foreign Ministry and removed chief nuclear negotiator Saeed Jalili in favor of Rear Admiral Ali Shamkhani, a moderate who was the minister of defense in the reformist administration of Mohammad Khatami. On top of this, Fereydoon Abbasi, an officer of the Islamic Revolution Guard Corps and the conservative head of Atomic Energy Organization of Iran, was replaced with Ali Akbar Salehi, a pragmatic former foreign minister and MIT-educated nuclear engineer.

And Rouhani’s bold moves at home have been matched by equally bold moves overseas – his speech at the United Nations, his phone conversation with U.S. President Barack Obama and his decision to authorize a meeting between Zarif and Secretary of State John Kerry were all truly daring acts in the context of Iranian politics. His op-ed in the Washington Post and interviews with U.S. media, meanwhile, all suggested that his peace offensive is a serious and honest one.

But to succeed in resolving the nuclear standoff, Rouhani will have to deliver some tangible results to the Iranian people if he is to prevent the hardliners at home from scuttling the negotiation process. This was made clear on his return to Iran on Saturday, where he was greeted by a large jubilant crowd, but also by conservatives who according to The Guardian threw eggs and shoes at him. IRGC political directorate mouthpiece Sobh-e Sadegh was for its part critical of Rouhani’s op-ed, while Brigadier General Hossein Salami, deputy chief of the IRGC, declared that there is no flexibility in the force’s strategy for dealing with what he described as the “enemies” of the political system.

And Kayhan, which typically represents the views of a key faction of the security and intelligence forces, spoke for many critics when it asked what Rouhani got in return for his conversation with Obama.

Such criticism underscores how important it is that Rouhani secures President Obama’s backing for lifting Congress-approved sanctions if he delivers his part of any agreement. Of course, to do this Obama would have to defy the will of Iran hawks in Congress – Senators Chuck Schumer (D-NY) and John McCain (R-Ariz), for example, wrote a letter to the president urging him not to lower the pressure on Iran. And it would also mean defying close U.S. ally Israel, whose prime minister, Benjamin Netanyahu, has been dismissive of Rouhani’s outreach efforts. But it is difficult to see how Rouhani will have the diplomatic space to continue his overtures without such a move.

The desire for a speedy resolution of the nuclear conflict that leads to the lifting of at least some of the sanctions was underscored in a recent open letter to President Obama, signed by 511 Iranian intellectuals, academics (including the author), social and political activists, and former and current political prisoners.

“Mr. President, it is now the U.S. turn and the international community’s to reciprocate Iran's measures of good will and pursue a win-win strategy that encompasses the lifting of the unjust economic sanctions on Iran,” it said.

The Obama administration has an historic opportunity, one that the United States would be foolish to squander. But to take advantage of this opportunity, Obama will need to help Rouhani by lifting at least some sanctions. If he doesn’t, and Rouhani has nothing to show for going out on a limb, Iran’s hardliners will paralyze Rouhani’s administration, just as they did with the last promising reformist president.

Topics: Iran
Next entry »Obama has demoted liberty
« Previous entryWhat an Iran deal would look like