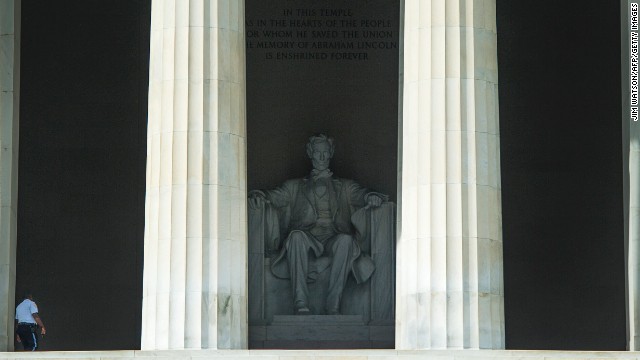 How the world sees the U.S. shutdown

As the U.S. government shutdown enters its second week, it is not just Americans wondering when the stalemate will be over – around the world, politicians and commentators have been weighing in with their take on how the U.S. got here, what happens next, and whether their own countries should be worried. GPS Digital Producer Jason Miks selects some of the highlights.

U.S. has been living far beyond its tax base

“For a generation or so, the American government has been living far beyond its tax base, with deficits since 1970 in all but four years. In 2010, it spent $1,900 billion more than it collected in tax – borrowing more than the entire GDP of Canada or India just to pay the bills. If the federal deficit has come down since then, total public debt is now well over 100 per cent of GDP, compared to less than 60 percent in the early noughties,” writes British Member of Parliament Douglas Carswell in The Telegraph.

“…Is it manageable? Perhaps. Maybe. Just about. Now imagine that interest rates return even half way towards their post-war historic average? Wipe out. The barely manageable will become completely unmanageable. Something is going to give. And I don’t mean in a philanthropic sort of way.”

“‘The United States is totally clear about China's concerns about the fiscal cliff,’ Zhu told reporters in Beijing, adding that Washington and Beijing had been in touch over the issue. ‘We ask that the United States earnestly takes steps to resolve in a timely way before October 17 the political (issues) around the debt ceiling and prevent a U.S. debt default to ensure safety of Chinese investments in the United States and the global economic recovery…This is the United States’ responsibility.’

Problem more serious than it appears

“America’s problem is even more serious than it appears. America is now two artificially created countries, operating in parallel. There’s the country that chooses presidents, and the one that can only rail righteously against them,” argues Waleed Aly in the Sydney Morning Herald. “The country where funding the government is a matter of sensible routine, and the country where shutting down the government is a badge of pride, a slogan you can sell. The Republican Party is going to have to figure out which country it wants to rule because these countries cannot be reconciled.”

“They won't be until every state hands over the power to draw electoral boundaries to an independent, non-political body. In the meantime, the Republican Party is trapped in a bubble largely of its own making.”
Singapore: U.S. diplomacy dented

“The federal government shutdown has dented the United States' diplomacy and restructuring efforts at home, Singapore Prime Minister Lee Hsien Loong has said, though he believes the country is vibrant and resilient and welcomes it remaining a powerful force into the future,” the Straits Times reports.

“‘It is... not helpful for the American political system to be in gridlock when you have to make some basic decisions on how to keep your fiscal state in balance in the long term, and how to strengthen your competitiveness over decades.

“‘…Obviously we prefer a US government which is working to one which is not, and we prefer a US President who is able to travel and fulfill his international duties to one who is preoccupied" with domestic issues…America is a very important partner for us, but we understand his [Obama’s] problems and his priorities and we hope he'll be able to resolve them quickly."

“In Washington, capital of the democratic superpower, an impasse in Congress has thrown the U.S. federal government into a shutdown because the Republican-led House of Representatives insisted on passing the federal budget only if the Democrat-led White House and Senate agreed to delay President Barack Obama's healthcare reform legislation,” Taiwan’s China Post notes in an editorial. “The shutdown came at a time when the US is facing once-in-generations challenges with high unemployment rates and a stagnated recovery from the Great Recession.”

“The even sadder fact is that this shutdown is widely seen as a mere precursor to the upcoming congressional fight over the U.S.'s debt ceiling. If Congress fails to pass a ceiling hike, the US will have to default on its debts for the first time in history. Many economists said they simply have no idea what the consequences of such an unprecedented event will be. Some who dare to guess said the negative impact on the economy could be on the scale of the Lehman Brothers collapse.”

GOP mortally afraid of its base

“The Republicans have kept insisting that the people will eventually thank them for this inconvenience, but they know the polls are negative and they know they are getting more blame for the shutdown than the Democrats,” writes Robert Fulford in Canada’s National Post.

“They probably don’t like being a joke on television, and no doubt they have a normal fear of public opinion. But they fear something else more: They are mortally afraid of the Republican party base. The base hates Obama and hates Obamacare even more. So any hint of compromise over the financing of the Affordable Care Act would be considered an outrage.”

South Africa: We should all fear worst

The global community “should fear the worst over the U.S. debt crisis and shore up its economic defenses accordingly,” South Africa’s finance minister said Monday, according to Reuters.

“Pravin Gordhan said there was a ‘heightened sense of anxiety’ among the world’s investors and policymakers. ‘This is clearly an issue that might go to the brink. All of us need nerves of steel at this point,’ Gordhan said on the sidelines of a conference in London. ‘We need to anticipate the worst and hope that we all have sufficient defenses in place.’”

Next entry »Staying safe in danger zones? There's an app for that
« Previous entryHow Internet freedom continues to slide