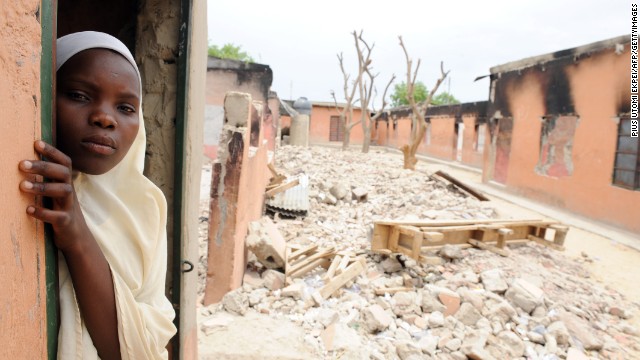 The right to education is under siege

By Diya Nijhowne, Special to CNN

Editor’s note: Diya Nijhowne is the director of the Global Coalition to Protect Education from Attack, which was established in 2010 by groups concerned about ongoing attacks on educational institutions, their students, and staff in countries affected by conflict. The views expressed are the author’s own.

One year ago today, Malala Yousefzai and her classmates were on their way home from school in the Swat Valley, Pakistan, when two men stopped their school bus and climbed aboard. Malala described what happened next: “The Taliban shot me on the left side of my forehead. They shot my friends too.”

Although the girls were badly injured, all three thankfully survived. Unfortunately, Malala and her classmates were not the only Pakistani students attacked in the past year. In June, for example, 14 female university students were killed when militants blew up their bus in Quetta, Balochistan, a western province.

Pakistan’s teachers and administrators have also been targeted. Five teachers were killed in January in Khyber Pakhtunkhwa Province. In March, another was shot and killed in the Federally Administered Tribal Areas.  A principal and six school children died that month during an attack at their school in Karachi.

Schools and university buildings haven’t been spared. Militants set off explosives at a girls’ school in Khyber Pakhtunkwa, also in March. And classrooms have been used for military purposes just as the Pakistani armed forces used Malala’s school during a 2009 operation to uproot the Taliban from Swat Valley.

Violence  against students, educators, and educational institutions isn’t unique to Pakistan. We have documented attacks on education in about 30  countries in the last five years. On September 29, the extremist group Boko Haram killed more than 40 students asleep in their dormitories at Nigeria’s Yobe State College of Agriculture. That same day, an airstrike killed as many as 16 people, mostly students and teachers, at a secondary school in the Syrian city of Raqaa. Just this week, a dozen students were killed in an attack on a school in Iraq.

Schools are attacked because they are seen to represent the government, or the curriculum is viewed as perpetuating certain values. The Taliban, for instance, demolish schools and threaten teachers and students where they believe the education provided is “un-Islamic.” Girls schooling suffers particularly, as Malala’s story illustrates. She has been blogging and advocating for education – particularly for girls – since she was 11. The assault was a direct attack on her views, her “audacity” in publicizing them, and girls’ education.

Education is also attacked as a means of challenging the political system, or perceived ethnic or social inequality.  Baloch militants have directly fired at non-Baloch educators as a tactic in their separatist struggle.

Armed groups and security forces have used classrooms as barracks, firing positions, weapons storage, and detention centers because of their thick boundary walls, which make them good tactical sites, and because they have toilets, washing facilities, and cooking spaces. These uses harm education. Armed forces and armed groups often shut schools down entirely, or they make the learning environment so difficult that students stop attending. An armed presence can also trigger attack from opposing forces, threatening the lives of those within.

In every country where education is under assault, access to and quality of schooling suffers. Parents are less likely to send their children, especially daughters, to classes, teachers flee, and schools close. Furthermore, violence and threats against education stunt long term social development and economic growth for the whole community.

Preventing violence and threats directed at students, teachers, professors, schools, and universities requires a concerted response. Governments, armed forces and groups, international organizations, and communities should all play a role.

At a minimum, countries should criminalize targeted attacks on education personnel and institutions, investigate attacks, and hold those responsible accountable.

Donors and implementing agencies, meanwhile, should support projects and programs that protect schools and universities, working with the government and with communities on prevention and response.

Armed forces and armed groups should not use schools for military purposes. Countries should endorse and implement the Draft Lucens Guidelines for Protecting Schools and Universities from Military Use during Armed Conflict, which we developed in extensive consultation with numerous countries, United Nations agencies, and non-governmental organizations. These guidelines, drawing on international humanitarian and human rights law, as well as good practice, help states and armed groups improve protection of schools and universities when planning and implementing military operations.

In a speech to the United Nations in July, Malala spoke of resilience and persistence: “They thought that the bullets would silence us. But they failed. And then, out of that silence came thousands of voices.”

A year after her attack, the battle to protect education remains critical. It’s time we all joined our voices with Malala’s.

Click here to cancel reply.
Next entry »Zakaria: Something rotten with American system?
« Previous entryHow big is the terrorism threat in Africa?