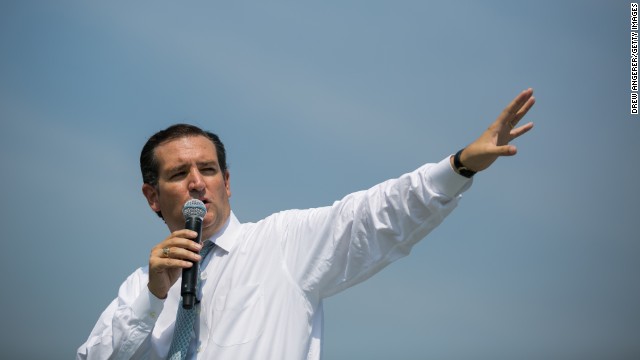 The debt limit crisis? It might be far from over

By Jim Manley, Special to CNN

Editor’s note: Jim Manley is senior director at QGA Public Affairs in Washington, DC. He was previously a senior staff member in the offices of Senators Harry Reid and Ted Kennedy. The views expressed are his own.

It was shortly after midnight last night, as I was checking the Blackberry one last time before going off to sleep, that I saw a remarkable story pop up courtesy of my friends at Roll Call. It said that – with just a couple of days to go before we reach the October 17 deadline to extend the debt limit – Senator Ted Cruz was spotted at a place on the Hill called Tortilla Coast. According to Roll Call, he was with, among others, Congressmen Louie Gohmert and Steve King. In other words, three quarters of what I call the Four Horseman of the House Apocalypse.

A couple of things struck me.

First of all, no self-respecting Texan (even one born in Canada, as the junior senator was) should be caught eating the Tex-Mex at this place. But, more importantly, the very idea that these guys (and perhaps 15 or so house members) would be “stratgerizering” at this late stage in the game should give everyone reason to pause.

Why? Even as I write this this, there are reports that the plan that the House leadership rolled out only this morning is falling apart. It turns out that a number of House members, having shut down the government, need to take something back to their constituents to justify all of the pain and suffering that they have caused the country. And so far what they are seeing just doesn’t seem to be doing the trick.

More from GPS: No place for hostage taking

So we have now got a potentially a really big problem here – including for more moderate Republicans. And I am not talking about the slew of recent polling, including an ABC poll released yesterday that showed that 74 percent of Americans disapprove of the way Republicans in Congress are handling the budget crisis, which suggests the Republican Party’s brand is in free-fall as anger grows at the confederate flag waving Tea Party crowd raising hell. (Nor am I referring to the apparent uptick in approval for Obamacare, despite the reported glitches during its roll-out).

No, the potential problem is what I know all too well after 21 years working in the Senate. And that is that if one man – perhaps Senator Cruz – wants to gum up the works and filibuster whatever deal is made, it is going to be pretty easy for him to do so.

True, Democratic Majority Leader Senator Harry Reid does have some options to limit debate a little, and there are some caveats with any senator-led effort to stall things. For example, if the House does manage to send something over, it will be hugely helpful to Reid because it will take away one of the procedural opportunities that Cruz could use to extend debate. But we are still looking at a matter of days before this can be resolved – and we don’t have that kind of time right now.

Senator Cruz has not yet indicated whether he will actually go ahead and filibuster. But the question that many have been left wondering is why would he even consider taking the United States over the edge when the devastation is so widely recognized?

The answer to that question is that he just doesn’t seem to care about anyone or anything else. He combines the paranoia of notorious Senator Joseph McCarthy and the misguided populism of a politician like Democratic former Louisiana Governor and Senator Huey Long. That explains how he can exploit a World War II memorial by railing against its closure, despite the fact that he himself is responsible for its closure in the first place.

Sadly, Senator Cruz is simply one of the most vocal in placing his political whims and survival above the needs of the party – plenty of others have been more worried about protecting their right than doing right. Which is one reason that all the hopeful talk that a deal might be close this morning belies the reality that this might be far from over.

Next entry »How West sees Iran's nuclear program
« Previous entryWhat next for Al-Shabaab?