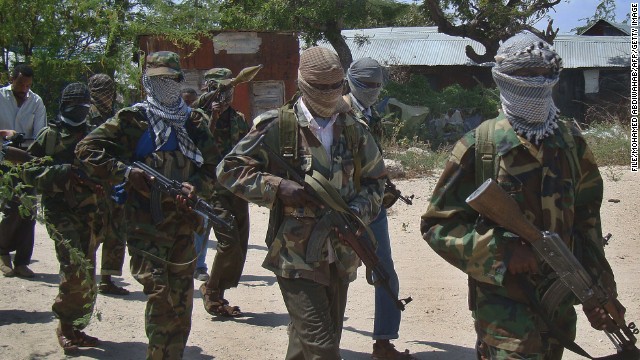 How to undermine Al-Shabaab

By Mohamed Ali, Special to CNN

Editor’s note: Mohamed Ali is the founder of the Iftiin Foundation, an organization that incubates social entrepreneurs and young leaders to encourage innovation in Somalia. He is also a New Voices Fellow at the Aspen Institute. The views expressed are his own.

As new footage emerges of gunmen chatting on cell phones and praying during their attack on an upscale Nairobi mall last month, many are still wondering how the group was able to lay siege to the building for four days, claiming almost 70 lives in the process.

But while understanding how the attack was orchestrated is important, the more pressing question should surely be why, despite international efforts to quell its power, Al-Shabaab is still able to recruit so many to its cause – including, reports suggest, foreign Somalis who grew up in the West?  And why are many of those who participate in Al-Shabaab attacks young men? The answers to these questions could hold the key to undermining Al-Shabaab’s influence in the region.

Al-Shabaab, which means “youth” in Arabic, is aptly named – not because it is a youth movement (the group is led by older religious clerics) but because young people remain its greatest resource in a bloody campaign to impose radical Islam in the region. After all, it was a Mogadishu girl who walked into the home of her uncle, a Somali government minister, and detonated a suicide vest in 2011. I have also been repeatedly advised by Somali officials that attacks such as the one on a U.N. compound in June, regularly involve youths. And now, several young attackers who broke into the Westgate mall with guns and grenades have murdered dozens of men, women and children.

International organizations and foreign governments have taken a number of steps in targeting Al-Shabaab’s resources: a U.N. arms embargo has been implemented to try to stop guns entering the country, and the United States and Europe have introduced strict anti-terror financing laws to prevent remittance cash flows from being diverted to the group. A recent Somali government ban on charcoal exports has cut off a lucrative source of revenue.

However, little effort has been made to address what has been a far greater and more accessible resource than cash and guns for Al-Shabaab – Somali youth.

A large segment of the population in Somalia consists of unemployed, marginalized young people living in abject poverty. Almost three quarters of the population is under 30, with more than two-thirds of them unemployed. Many have never attended school and bear the psychological scars of 23 years of civil war and anarchy. This is Somalia’s lost generation – frustrated, uneducated and paralyzed by poverty, they become vulnerable to the promises of money, family, stability and structure that are offered by Al-Shabaab.

More from GPS: We are losing fight against Al-Shabaab

It begins innocently enough: a young man living in one of Mogadishu’s tent cities is offered a place to stay, a meal, money, a wife. They are recruited. Al-Shabaab begins to slowly and methodically strip away family ties, connections to friends, and other links a young person has to the outside world. They reform their belief system, establish emotional ties to group leaders who often serve as father figures, and mold them into fanatical soldiers of God devoted to a cause they are willing to die for.

Each new recruit is eventually given a new name, shedding their last tenuous link to their former life. Many family members never hear again from their sons and daughters, at least until their name is listed in the news as the perpetuator of a terrorist attack.

For those Somali youth in the diaspora, the story follows a slightly different narrative: a young immigrant, living in a low-income urban neighborhood, gets caught up with gangs, drugs or other crime. He feels isolated from a Somali community he shares little with other than ethnicity and religion. He is sometimes viewed as a foreigner. Recruiters may reach out through social media, and the young man might be enticed by the chance to reconnect somehow to a nation he does not know but still yearns for. Al-Shabaab’s goal is to make him feel understood. It may take many months, but he is eventually flown to Somalia. Finally, he begins the same systematic process of reeducation and radicalization as locals.

For these youth, there is no happy ending.  If they stay with Al-Shabaab they can become pawns that are sacrificed by clerics in acts of terror. If they seek a way out of Al-Shabaab, they can expect to be killed if caught.

It should therefore be clear that Al-Shabaab will only be defeated when we collectively address what Somalia’s youth seek – exactly the same thing as many young people everywhere do, namely happiness and a connection to their traditions and family. They desire a future filled with opportunity, one filled with purpose and pride. And this can be provided through more targeted education, employment, and good health, all of which can better fortify them from opportunistic al-Shabaab recruiters.

Ultimately, of course, the key to defeating Al-Shabaab is the rebuilding of a country that has been war with itself for far too long. And while the allure of Al-Shabaab can lead our youth astray, it is the promise of these same young people that can make this change happen.

… finally, after the horrific elementary-school shooting in Uvalde, Texas, I’ll examine why these massacres raretwitter.com/i/web/status/1…6zTC0e
fareedzakaria

2:07 pm ET May 28, 2022 RETWEET
On GPS, @ 10am & 1pm ET Sunday on @CNN: I’ll ask Ukrainian Pres@ZelenskyyUaUa about his country’s fight against Rtwitter.com/i/web/status/1…0ndtGV
fareedzakaria