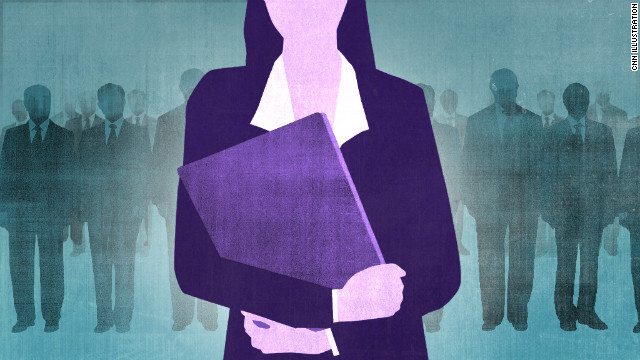 When gender inequality is good economics

By Saadia Zahidi, Special to CNN

Editor’s note: Saadia Zahidi heads the Women Leaders and Gender Parity Program at the World Economic Forum and is founder and co-author of the annual Global Gender Gap Report, released October 25. The views expressed are the writer’s own.

Gender imbalances, and their resulting economic consequences, are still startlingly visible everywhere, from the developed world to emerging markets. In Brazil, more women attend university than men, but women earn only a third of what men make for the same job. In the United Arab Emirates, three times as many women go to university as men, but half as many women participate in the labor force. Across Europe, women outperform men academically and enter the workforce in similar numbers, but occupy less than 15 percent of board positions. In Pakistan, where I grew up, a girl has only a 29 percent chance of making it into secondary school, compared to 38 percent for a boy.

There is irrefutable evidence on the economic contribution that women can make, from the familial and community level, to research showing that companies get a diversity dividend, to the World Economic Forum’s own global data on the correlations between gender and competitiveness, released this month. By some estimates, gender parity in employment could raise the GDP of countries such as the United Arab Emirates by 12 percent, Japan by 9 percent and the United States by 5 percent. While many institutions are constantly pointing to these potential collective gains, progress remains dismally slow. So what’s holding us back?

We are. Millions of daily, individual actions of men and women, from a manager’s hiring decision, to a woman’s career choice, to a family’s resource allocation, add up to perpetuate the gender gap. These are not always the work of overt sexism. Very often these choices can be perfectly rational responses to the short-term realities.

More from CNN: Why women must seize this moment

Imagine a working, married mother-of-two in Switzerland. Statistically, she is likely to earn less than her husband. Considering the country’s joint taxation regime and expensive childcare, it makes economic sense for her to choose to leave work for the relatively short period of early motherhood even if she would have preferred to work.

Or take a low-income family in Pakistan with two sons and three daughters. Sons are culturally expected to financially support parents, while daughters are married into other families where they become primary caregivers. In the short term then, parents with a small disposable income are making a rational economic decision by prioritizing their sons’ education.

Visualize an HR manager in Mexico. Even managers who inherently value female colleagues are factoring in the reality that women are more likely to take parental leave, especially in a context where men have traditionally been breadwinners and women homemakers. For the less conscious managers, hiring an equally skilled man is the rational and convenient short-term option.

Paradoxically, it’s these convenient and appealing choices that are leading to unintended and harmful long-term consequences for the individuals who make them. Over time, the Swiss mother may struggle to find a rewarding job that matches her expectations of salary and seniority, after the hiatus in early motherhood. In old age, the Pakistani parents may have found more comfort with five well-educated children earning good salaries – and two similarly successful daughters-in-law. The Mexican manager may find that having predominantly male staff prevents the firm from appealing to the majority of its consumers, who happen to be women.

Add up these short-term logical choices across households, firms and countries and we end up with severe individual and aggregate long-term losses. So what’s the solution? There are many – and responsibility lies with both governments and companies at once.

First, governments need to become more strategic in regulating, creating incentives and raising awareness to encourage people and organizations to make advantageous long-term decisions. In Turkey, for example, where only 26 percent of women work, the government rewards companies for employing women by subsidizing their social security contributions. In Norway, a “daddy quota” allocates fathers 12 weeks of non-transferable paternity leave, creating knock-on effects for the division of labor at home and at work. In Bangladesh and Indonesia, cash incentive programs aim to encourage parents to send girls to secondary school. The governments of Malaysia and India are introducing minimum thresholds for women on boards.

While these are useful examples of innovation, countries cannot implement only one or two of these policies and expect real, broad results. Each country needs to implement an array of policies – a multi‑pronged approach that caters to its unique circumstances and is customized to various strata of society.

Companies also hold enormous responsibility. The current approach of many companies is to create externally focused girls’ or women’s empowerment flagship programs that are not core to their business.

While such programs are useful, if companies really want to get the benefits of gender diversity, their leaders needs to take a holistic, introspective approach that leads to fundamental reforms on how to recruit and retain employees, how to mentor and sponsor high-potential women, how to sensitize managers to different leadership styles, how to manage work-life balance policies so that they don’t disadvantage women, how to empower women across supply chains – and how to manage efficient corporate responsibility initiatives so that they support women and girls.

To accomplish this, companies need to learn from each other’s experiments so that change is accelerated, as opposed to competing in promoting their flagship programs. At the World Economic Forum, we are running innovative and experimental pilots with dozens of companies through such collaborative platforms in Mexico, Turkey and Japan – and early results show change.

“Culture” is man-made, quite literally. What we think of as irrational and harmful biases are rooted in a past logic, one that may not be valid today, but which cannot be ignored when designing solutions. With the right incentives, we can make gender equality the new rational choice.

Topics: Economy • Women
Next entry »Saudi Arabia, Qatar may be playing dangerous game over Syria rebels
« Previous entrySoutheast Asia ponders what is going on in China

Next entry »Saudi Arabia, Qatar may be playing dangerous game over Syria rebels
« Previous entrySoutheast Asia ponders what is going on in China

5:31 pm ET July 6, 2022 RETWEET
Today on @CNN: Tune in @ 10am ET to see my special “Saudi Arabia: Kingdom of Secrets.” It traces a history of otwitter.com/i/web/status/1…EhXIyB
fareedzakaria

8:30 am ET July 3, 2022 RETWEET
As Pres. Biden turns an about-face on Saudi Arabia, tune into @CNN Sunday @ 10am ET for my special report “Saudi Artwitter.com/i/web/status/1…Bgje
fareedzakaria