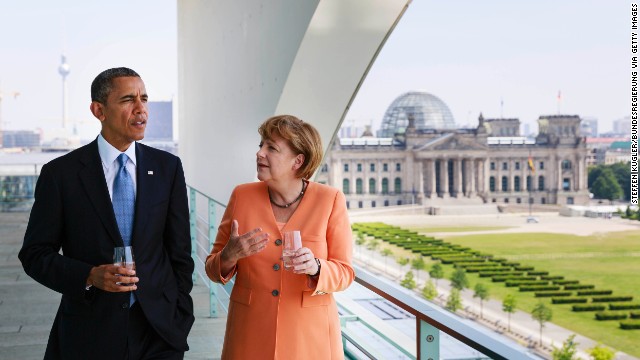 Zakaria: We shouldn't be spying on ally leaders

CNN speaks with Fareed about claims the U.S. National Security Agency eavesdropped on German Chancellor Angela Merkel’s cell phone calls, whether such an approach is justified and how the Obama administration has handled the controversy. This is an edited version of the transcript.

German Chancellor Angela Merkel says that the U.S. relationship with European nations has been severely shaken. Do you think these reports that continue to come out over U.S. eavesdropping on leaders are really hurting or threatening a relationship with some of our most basic and key allies?

I think it is. Look, some of this is what people are calling the Claude Rains routine – I'm shocked to discover there's gambling going on. And spying is the second oldest profession in the world. But two things have changed. One is just the explosion of technology, big data, the ability to find all this stuff and the United States’ incredible cutting edge on that. And the second was 9/11, which in a sense freed all the constraints that we have typically felt about collecting this kind of information, particularly from spies, because we felt like we need to know everything about everything. Those two forces have, frankly, made us sloppy about this.

We should not be, in my opinion, spying on our closest allies’ heads of government. It's one thing to try to find al Qaeda sleeper cells in Hamburg, but you don't need to tap Angela Merkel's cell phone to figure that out.

We hear from the administration and members of Congress that everyone spies on everyone. But does it feel we're in a different place, we're kind of in an uncharted territory here with us?

It does precisely because of the technologies that make it possible for to you listen to anyone, anywhere at any time, and so you have to come up with some new rules of the road. The United States is often caught in this kind of hypocritical position where we're trying to enforce rules for everybody else and we say we can't play by those rules. You know, we have nuclear weapons, but we don't want other people to have nuclear weapons. This is a similar thing. The hypocrisy can only happen for so long. You have to, in some way, show that you are being governed by some set of rules.

More from CNN: U.S. needs to get spying under control

So, I think the administration is doing the right thing – review the policy, get into conversations with the Europeans and come up with some rules of the road. Of course, they realize everyone spies. They spy on us. But I think what they're trying to say is look, even within that, you know, let's have some kind of rules of war, if you will.

Peter King, the congressman from New York, said something pretty interesting on "Meet the Press" this weekend. He said the administration needs to stop apologizing for the NSA's tactics. You said you think the administration is doing the right thing in reviewing the process. How are they handling the fallout, do you think?

Not very well. They're being surprisingly inarticulate about it. They should explain the motivation behind this has been things like terrorism, trying to figure out what's going on. One of the reasons they are is they don't want to get into specifics…and from what I've heard the stuff about Merkel's cell phone is a little more complicated and the reports are not accurate. Whatever, they've got to come up with a way to stand before the world and say look, this is what we do in general terms. This is why we do it.

Even if they're reviewing the policy, they need to have some general explanation that makes sense of it. If I were them, I would list 20 terrorist attacks that were thwarted as a result of this.

Now, France and Germany, they are sending over some senior intelligence officials to Washington this week to try to have a no spy accord or work on something like that. Is that going to be enough to try to settle the anger or calm the outrage that's felt around the world on this?

I think it's a good question. At a governmental level, I think we will be able to settle the anger. But clearly what is happening here is that European politicians are responding to a public that has become quite distrustful of the United States, views it as a kind of 800-pound gorilla that's out of control. And we need to think about that.

American legitimacy, our influence around the world, depends in large part on the idea that we are sort of rule based, we observe some of the kind of rules we want other people to observe. And that's why I say we've got to think about the rewards here of spying on Merkel – you're not learning that much, frankly, that you didn't know.

Precisely. The truth of the matter is at the level of high policy, particularly with democracies, most of the time you have a fairly good sense of what the leader is trying to do. If you're trying to find terrorists, that's fine. But again I'm not sure how tapping Merkel's phone gets you there.