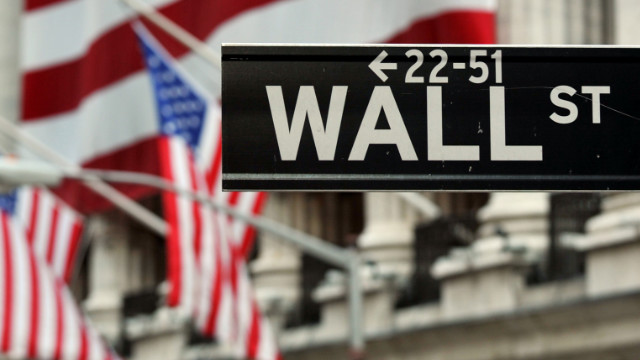 By Heather Gautney, Special to CNN

Editor’s note: Heather Gautney is an associate professor of sociology at Fordham University. The views expressed are her own.

This past month, our nation’s caregivers got something of a pay increase. The U.S. Department of Labor passed a rule requiring that wage and overtime benefits under the Fair Labor Standards Act be extended to direct care workers. Some two million home care attendants, many of whom have been surviving on public assistance and poverty-level wages, will finally, as of 2015, be covered by basic minimum wage and overtime protections.

Yet this is a depressing contrast with the almost exponential pay curve of our country’s CEOs.

Over a little more than three decades, CEO compensation has increased some 875 percent – more than double the country's stock market growth over that same period – while the real wages of the average U.S. worker have actually declined, according to the Economic Policy Institute. In 1965, corporate executives made twenty times more than the average worker. By 2012, they made over 354 times. The same year, home care attendants made just over $20,000 per year, according to Think Progress. Not even a living wage.

In the aftermath of the Great Recession, social movements like the Tea Party and Occupy Wall Street brought millions of people onto the streets. And despite their radically different political views, both groups agreed that the Wall Street bailout was less about saving the American economy than serving the interests of fat cat bankers and CEOs. Indeed, despite the talk of a recovery since the recession, incomes for the bottom 99 percent have seen little to no improvement. The 1 percent, on the other hand, has captured some 95 percent of income gains over that period.

More from GPS: Time to rein in CEO pay

True, the government has moved to bolster regulation of the financial industry, including through the Dodd Frank Wall Street Reform and Consumer Protection Act, which is aimed at curbing runaway speculation. Among the bill’s expansive list of regulations was included a requirement that corporations disclose CEO-to-worker pay ratios. But although Dodd-Frank is now three years-old, the Securities and Exchange Commission is only now taking real steps to implement disclosure rules.

Much of the delay has been attributed to intense pressure from corporate lobbyists such as the U.S. Chamber of Commerce and the Center for Executive Compensation, who argue that the costs of implementation far outweigh benefits to shareholders. Given the complexity of today’s multinational corporate structures, they argue, such pay ratios are too difficult to calculate.

Yet while revealing CEO-to-worker pay ratios can certainly highlight the seriousness of income inequality, there are other more potent forms of disclosure that could better level incomes. The same year Dodd-Frank was passed, the Supreme Court ruled on Citizen’s United v. FEC, giving corporations and labor unions the right, as a matter of free speech, to spend money from their general treasuries on political campaigns without having to disclose to shareholders nor to the public just who and what they are supporting.

Some large corporations have tried to avoid disclosure to dodge scandals such as the one Target found itself embroiled in over donations to an anti-same sex marriage politician, by donating to 501(c)(4)s, which do not (yet) have to disclose their donors, and which can in turn donate unlimited sums to super PACs. This means that a politician like Ted Cruz could argue he helped shut down the federal government with the help of “Heritage Action,” rather than pointing directly to the billionaire Koch Brothers, who have reportedly provided significant financial backing for the group.

Anti-Citizens United activists in the Congress have fought back, with Bernie Sanders introducing a constitutional amendment to reverse the Supreme Court ruling. Several members of Congress, meanwhile, sponsored the DISCLOSE Act, which would place significant limits on campaign contributions and require disclosure for donations from big companies. The SEC, for its part, is currently considering a corporate disclosure rule as a matter of shareholders’ rights.

Why is this so important? Because large corporate donors are seducing our lawmakers, the very people who decide what constitutes a poverty wage, what the federal minimum should be, and in the case of home care workers, whether for-profit home care chains can keep them in poverty wages while enjoying the spoils of their $70 billion industry.

Corporate donors can also undermine hard-won rights to collective bargaining, which is known to play a direct role in mitigating wage inequality. And they can also influence tax policy, exacerbating the problem of inequality. According to a recent Institute for Policy Studies report, between 2009 and 2011, 90 members of the pro-government austerity group “Fix the Debt” gained somewhere between $953 million and $1.6 billion from the “performance pay” loophole in our tax code. Such loopholes are helping the rich get richer by dispossessing public resources most often utilized by the poor and middle class.

It’s clearly time to rein in excessive CEO pay. But it’s also time to rein in their excessive political power. Disclosure may be a small step in that direction, but it’s a crucial one. The extent of corporate pushback against transparency in pay scales and campaign finance highlights that power holders know full well what greater awareness can do. After all, the more people become aware of their own exploitation, the more likely they are to rise up against it.

Next entry »How a Norwegian town will make the sun shine
« Previous entryZakaria: We shouldn't be spying on ally leaders