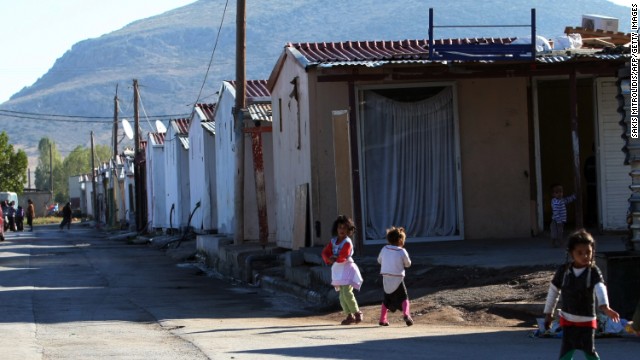 Time to drop the Roma myths

By Eva Cosse, Special to CNN

Editor’s note: Eva Cossé is the Western Europe research assistant at Human Rights Watch. The views expressed are her own.

When I was growing up in Greece, my grandparents often told me that if I didn’t eat my food, they would call the Gypsies to take me away. Sadly, the old myths about Roma snatching babies were revived after police took a little blonde-haired, blue-eyed girl named Maria into custody in a Roma settlement in Farsala, central Greece, on October 16.

The headlines in the Greek newspapers said it all: “Roma snatch babies!” “The DNA ‘spoke’: The 4-year-old found in a Romani settlement is not a Gypsy,” “Amber Alert: Dangerous Roma circuit snatch babies!!!” But the media have not been alone in using stigmatizing language against Roma. Politicians have joined in too.

Segregation of Roma children in schools is an enduring problem in Eastern Europe and the Balkans, as well as Greece, while parents in Italy regularly protest when there are “too many” Roma children in classes. Roma often live in substandard, segregated housing, and face forced evictions without adequate alternative housing options.

Societal violence and police harassment are part of life for European Roma, including children. Maria was picked up by police during a sweep operation of the Roma settlement in Farsala, part of a broader police operation across Greece involving unlawful and discriminatory ethnic profiling.

In the first nine months of 2013, Greek police conducted 1,131 operations in Roma camps throughout the country, during which 19,067 people were temporarily detained for further checks and 1,305 were subsequently arrested on charges of having committed an offense. The police said they will step up their activities in Roma settlements in the coming months.

The Roma couple found with Maria were charged with abduction after DNA tests showed that they were not her biological parents. But DNA tests on a Bulgarian Roma couple showed they are Maria’s parents, meaning that she is Roma. Maria’s Bulgarian mother admits she left her child in Greece, although her account differs from the Greek couple’s.

The anti-Roma stereotype knows no borders, and the story led to worldwide reports portraying Roma as child-abductors, child-exploiters and criminals.

It seems likely that the account of what happened in Greece may have prompted Irish police in different parts of the country to take two blond children, a 7-year-old girl and a 2-year-old boy, away from their Roma parents. In both unrelated cases, DNA tests showed the children indeed had been living with their real parents.

The older sister of the 7-year-old girl in Ireland reportedly said: “They took her just because she had blue eyes and blonde hair. Most Romanian people have blue eyes. We were all traumatized. I used to be blonde when I was little and my mum was blonde when she was little.”

In September, French Interior Minister Manuel Valls shamefully said that only “a minority of Roma” wants to integrate into French society and that “their lifestyle is extremely different from ours.”

In 2010, the then-French interior minister justified dismantling Roma settlements, asserting they were sources of “illicit trafficking, children exploited for begging, prostitution or delinquency.” The same year the Romanian foreign minister made public statements suggesting that Roma are genetically predisposed to criminality.

The Council of Europe’s commissioner for human rights, Nils Muiznieks, warned on October 24 that “irresponsible reporting can have tremendous effects on the lives of millions of Roma and fuel already widespread violent anti-Roma movements.”

In Maria’s case, as in many others, authorities have a duty to investigate alleged cases of child abduction and protect the best interests of the child. But they also have an obligation not to engage in ethnic profiling or stigmatize an entire community. And that obligation extends to the entire community, politicians and media as well.

Over the past days, the world has focused frantically on Maria, the “blonde-haired angel.” But how about focusing on finding real solutions for the millions of Roma children and their families living in Europe? They deserve basic rights such as access to education, adequate housing, and freedom from discrimination, not more stereotypical reports on criminality and baby-snatching.

Topics: Human Rights
Next entry »Why upsetting Saudi Arabia may not be a bad thing
« Previous entryHayden: If the president says he didn't know, he didn't know

Next entry »Why upsetting Saudi Arabia may not be a bad thing
« Previous entryHayden: If the president says he didn't know, he didn't know