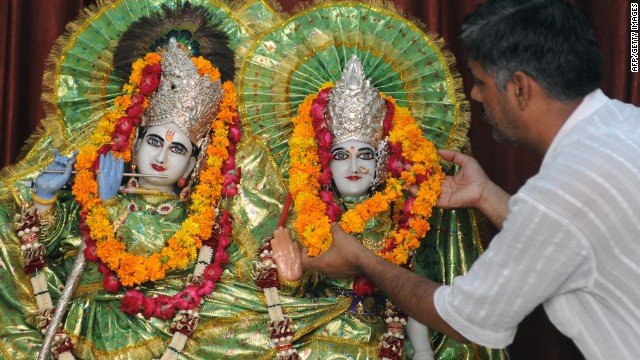 The two faces of India

Editor’s note: Katrina Lantos Swett is Vice Chairwoman of the U.S. Commission on International Religious Freedom (USCIRF). Mary Ann Glendon is a USCIRF Commissioner. The views expressed are their own.

This month, the world’s second most populous nation has resumed its annual commemoration of end-of-year holy days. India’s Hindu population, along with Jains and Sikhs, has celebrated Diwali, the festival of lights. Muslims are marking Al Hijra, the Islamic New Year, and Ashura on November 14. Next month, Christians will celebrate Christmas.

Taken together, these holidays are a testament to India’s remarkable religious diversity. Besides its Hindu majority, India includes the world’s third largest Muslim population, 25 million Christians, and Buddhists, Sikhs, Jains, Jews, and others. As the world’s largest democracy, India officially tolerates this diversity.   India’s prime minister is Sikh and the ruling Congress Party head is Catholic.

Yet on the ground, in a number of key areas across the country, there exists a second, markedly less benign India.

Indeed, the governments and societies of several Indian states display unmistakable hostility to freedom of conscience and religion, especially for religious minorities. The U.S. Commission on International Religious Freedom (USCIRF), on which we serve, continues to monitor India for its disturbing violations of globally recognized standards for this fundamental right.

Over the past decade, hostility has often devolved into violence.  This year, according to India’s government, there have been 479 acts of Hindu-Muslim violence, killing 107 and injuring nearly 1,700.  In September, 50 people died and nearly 40,000 fled Uttar Pradesh, India’s largest state.  Anti-Christian violence followed the August 2008 murder of a Hindu leader in Odisha, even though Maoists claimed responsibility.  The U.S. State Department reported 40 deaths, 134 injuries, destroyed churches and homes, and more than 10,000 fleeing the state.  In December 2007, in Odisha, Hindu-Christian clashes caused several deaths, dozens of injuries, thousands displaced, and devastated churches and homes.  Most notoriously, in February 2002 in Gujarat, Hindu mobs killed as many as 2,500 mostly Muslims, forced 100,000 to flee, and destroyed homes.  Christians also were killed and churches demolished. India’s National Human Rights Commission cited premeditated violence by Hindu nationalists, complicity by state governmental officials, and police inaction.

At least two factors have fueled the bloodshed – anti-conversion laws and a failure to bring perpetrators to justice.  A number of states have “freedom-of-religion acts” that, while purportedly banning forced conversions, require state approval for conversions and prevent Christians and others from peacefully persuading Hindus to switch religions.

Madhya Pradesh, Odisha, Arunachal Pradesh, Tamil Nadu, Gujarat, Chhattisgarh, Himachal Pradesh and Rajastan states have anti-conversion laws, although not all have ratified them, and Maharashtra is considering such an act. In Madhya Pradesh, India’s second largest state, the ruling BJP party recently submitted an amendment to its anti-conversion law, which would stiffen jail time and increase fines.  These laws bar religious speech and proselytizing, and any allegation that a Christian tried to convert a Hindu can unleash violence or lead police to arrest Christians.

But the poster child for India’s failure to punish the violent remains Narendra Modi, who is Gujarat’s chief minister – a post he held during the 2002 riots. Gujarat’s high court rapped the Modi administration for inaction and ordered compensation for religious structures that suffered damage. In 2005, the U.S. State Department agreed with the recommendation of USCIRF and others to revoke Modi’s visa.

True, in April 2012, the highest court’s Special Investigative Team failed to prove guilt against Modi and others in a case involving the deaths of nearly 70 people. But he remains implicated in other Gujarat-associated cases that have yet to be investigated or adjudicated. That is why, more recently, 65 members of India’s parliament reportedly wrote to President Barack Obama, requesting that he not issue Modi a visa. Sadly, despite all this, Gujarat’s most controversial resident is the main opposition Bharatiya Janata Party candidate in India’s 2014 prime ministerial election.

It was another son of Gujarat, Mahatma Gandhi, who once offered a broad, tolerant vision for the country and its multi-religious society.  So, as 2014 draws nigh, whose vision will be embraced?  Which India will prevail – that of religious freedom or religious intolerance?  Time will tell.

Next entry »Zakaria: Iran talks probably moved too fast
« Previous entryWhy we should allow women to make their own family planning choices