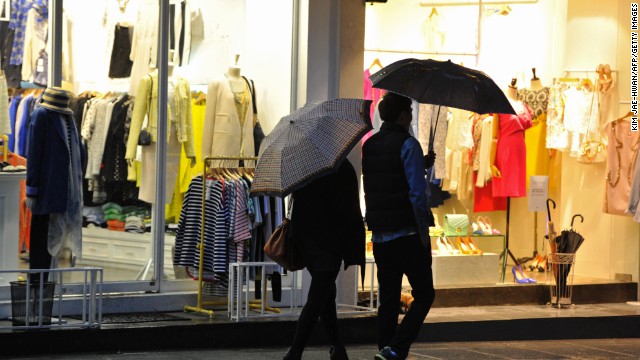 Editor’s note: Kishore Mahbubani is Dean of the Lee Kuan Yew School of Public Policy at the National University of Singapore and a member of the World Economic Forum’s Global Agenda Council on China. This essay is adapted from WEF’s new report, Outlook on the Global Agenda. The views expressed are his own.

The explosion of Asia’s middle class, which was named this week by the World Economic Forum’s Global Agenda Councils as one of the ten most significant trends for 2014, is stunning. The size of this group currently stands at 500 million and will mushroom to 1.75 billion by 2020 – more than a threefold increase in just seven years. The world has never seen anything like this before; it’s probably one of the biggest seismic shifts in history. It’s little wonder that people all across Asia expect a bright future for their children – according to Pew data, a massive 82 percent of Chinese respondents expect today’s children to grow up to be better off financially than their parents.

The reason these Asian societies are now succeeding in this way is because they have finally begun to understand, absorb and implement important reforms: free-market economics; mastery of science and technology; a culture of pragmatism; meritocracy; a culture of peace; the rule of law; plus, of course, education.

We are seeing a tremendous rise in living standards across Asia, with poverty disappearing everywhere you look. In China, for example, since initiating market reforms, more than 600 million people have been rescued from absolute poverty. We’ll see a far greater improvement in living standards within the region than we have seen in centuries. And, through all this, there will be many benefits.

One key positive to come out of these changes, for example, is the reduction of conflict within the region. Asia has yet to achieve the Western European gold standard of there being zero prospect of war between neighbouring states, but, because of the expansion of the middle class – a population that traditionally reduces the prospect of war – that’s something I think we are moving towards.

It’s not all good news, though. The biggest challenge we face is what this all means for the environment; if Asia’s expanding middle class citizens all aspire to Western living standards through the Western model, the strain placed on our global environment could prove disastrous. Electric power consumption in the United States was a staggering 13,395 kWh per capita in 2010, but by contrast, in China and India it was just 2,944 and 626 kWh per capita, respectively. China and India currently each have three times the population of the United States, but a fraction of the per capita electricity consumption. Clearly, we cannot stop the explosion of the Asian middle class, so the hope has to be that these societies will be more responsible in their impact on the environment.

Asian leaders recognize they have to do something in this arena. But in terms of solutions, it’s also important for the developed countries to lead by example. This is a big challenge for long-term policy thinkers – if you want the likes of China to emerge as a responsible stakeholder and one that pays attention to the global environment, you have to show the way through deeds, not words.

One way the Asian middle class could contribute to this dynamic is through the incredible amount of brainpower it will add to the realm of science and technology. Japan’s level of energy efficiency is 10 times better than China’s, so if lessons can be learned by the latter, and the growing middle class there can contribute to areas such as the study of green tech, it may be possible to create greater economic growth while reducing resource use.

And so my advice is simple. The global trend of an expanding middle class, especially in Asia, is one to be embraced. People across the continent can see their lives improving by the decade, and these Asian societies are experiencing a level of peace and prosperity that they haven’t enjoyed for centuries. If challenges like the environmental question can be overcome, there’s no reason why that shouldn’t continue for years into the future.