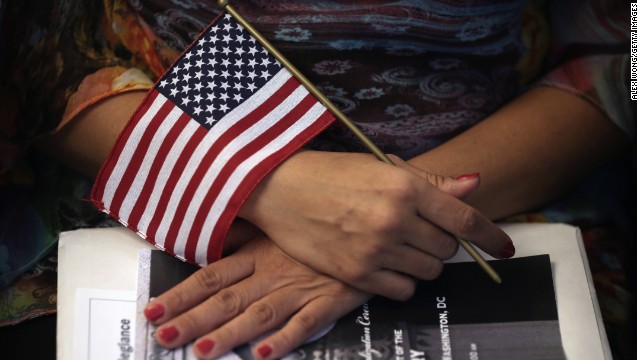 By Kristin Lord and Paul J. Saunders, Special to CNN

Editor’s note: Kristin Lord is executive vice president of the U.S. Institute of Peace. Paul J. Saunders is executive director of the Center for the National Interest and served as Senior Advisor to the Under Secretary of State for Global Affairs in the George W. Bush Administration. The views expressed are their own.

So far, the twenty-first century has been a frustrating one for Americans. The United States has extraordinary military might and technological prowess, which it uses to protect itself, its allies and its partners. Yet, for many here and around the world, the ways in which America exercises this power – revealed in part by Edward Snowden's one-man crusade against the National Security Agency – have contributed to searching questions about the United States’ future and its international role. Such questions have begun to undermine America's moral authority – and U.S. leaders ignore them at their peril.

The United States is not just a great power, but an idea. Americans like it that way and we are justifiably proud of an exceptional if complex history. Particularly during the twentieth century, moral authority became one of our nation's most important strategic advantages, a source of strength that pulled allies closer and proved difficult for adversaries to challenge. The value of this strategic advantage endures today.  Losing it could do more to harm American power than any realistic military or economic threat on the horizon-and regaining it could take decades.

U.S. moral authority has suffered real damage over the last two decades.  There are many reasons for this, ranging from well-intended military interventions that have produced mixed results, to perceptions that the United States has applied human rights standards inconsistently, allegations of torture and other abuses like those at Abu Ghraib, a major financial crisis, and apparent political dysfunction within our own borders.

Some of the change in global attitudes toward the United States is inevitable in the post-Cold War information age – social media, 24 hour media cycles, and the rise of entertainment news expose (and sometimes overblow) every misstep.  Meanwhile, the existential confrontation between democratic capitalism and communism (never actually that simple) has ended and a decade has passed since the 9/11 attacks.  Though a wide range of threats still loom, few appear existential, raising new questions about whether America can continue to justify what many consider extraordinary means.

The reality is that U.S. actions, like recently revealed Internet and telecommunications monitoring, do influence how others view us and the potential reaction to U.S. policy decisions should weigh heavily as U.S. leaders consider their options.  Even U.S. allies and friends like Germany, France and Brazil have objected forcefully to the scope of National Security Agency intelligence gathering operations as well as some prominent targets. It is unclear what intelligence would justify offending an important ally like German Chancellor Angela Merkel, who called President Obama to complain that her cellphone was monitored.

Indeed, this episode could have serious practical consequences if U.S. friends limit future cooperation or impose stringent privacy restrictions on American firms to satisfy angry populations.  It may also undermine counter-terrorism cooperation and standards of openness on the Internet.  Within the International Telecommunications Union, a U.N. body that facilitates international cooperation on information and communications technologies, a network of authoritarian governments and developing nations persists in challenging the U.S.-supported institutions that establish norms and practices for the Internet.  This movement has in its sights the open Internet that promotes commerce and allows dissidents to remain anonymous.  Will the United States be able to credibly defend these standards as its security agencies monitor millions of people around the globe?

Most dangerous of all, however, may be the growing perception – one that spans the ideological spectrum – that the United States shows too little concern for international rules and norms.  Many are especially troubled by the U.S. use of force, whether on a large scale or in unilateral, low-level drone attacks, as well as by the monitoring and intelligence gathering from even our closest allies. This perception undermines a central goal of American foreign policy for much of the last century: developing a rule-based international system that advances U.S. interests, promotes peace and prosperity, and sustains American global leadership.

Vital American national interests may require the United States to go its own way at times and ignore global opinion more frequently.  The United States must do what is necessary to protect its most important interests.  But creating the impression that U.S. leaders have a casual disregard for international rules and norms undermines American leadership, which is ultimately founded upon our ability to solve common problems-not our skill in looking after ourselves.  This is a central reason that governments like those in China or Russia can often challenge U.S. leadership but are unlikely to supplant it.

With this in mind, strengthening America's moral authority should be an important goal of U.S. foreign policy, and it must be attempted honestly and seriously if it is to succeed.  Moral authority is not a product of pious pronouncements or noble intent.  Nor is it earned through moral-sounding policies that fail to deliver moral results. On the contrary, we can earn moral authority only by delivering demonstrably moral outcomes, abroad and at home.

Two gifted orators, Presidents Ronald Reagan and Barack Obama, have referred to the power of America's moral authority in describing the United States as a "shining city on a hill." The challenge is to more consistently match word with deed, something that requires being more deliberate about what we do as well as what we say.

Restoring the power of the American example will be no easy task – balancing immediate national security concerns, like transnational terrorism and cyber threats, with America's overarching reputation and values, is simply hard to do.  But it might prove easier if American leaders remember that these values are fundamental to American power.