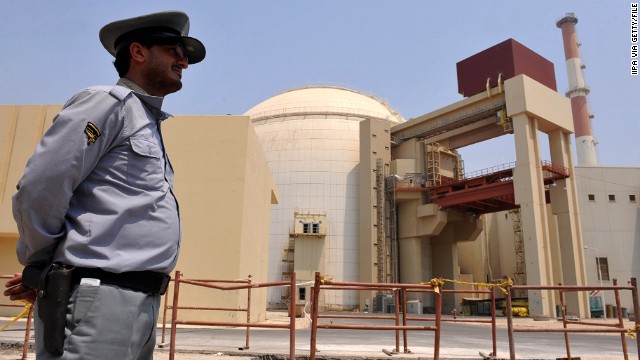 What would JFK have done about Iran?

By Graham Allison, Special to CNN

Editor’s note: Graham Allison is director of Harvard Kennedy School’s Belfer Center for Science and International Affairs. He is author of Essence of Decision: Explaining the Cuban Missile Crisis. The views expressed are his own.

As we mark the 50th anniversary of the assassination of President John F. Kennedy, it is instructive to consider what he might have done if faced with the Iranian nuclear challenge today.

In what historians agree was his “finest hour,” Kennedy successfully led the U.S. through the most dangerous confrontation in history, the Cuban missile crisis of 1962.  The odds of war were, in Kennedy’s view, “between 1 in 3 and even.”

When the Soviet Union was found emplacing nuclear-tipped missiles in Cuba, 90 miles off American shores, Kennedy declared that totally unacceptable — as President Obama has declared an Iranian nuclear bomb.  The question was how to eliminate this danger without war.

Initially, Kennedy chose a naval quarantine to stop further Soviet shipments of missiles to Cuba.  While this signaled American resolve and strength, it did not prevent the Soviets rushing to complete installation of missiles already on the island.  As the clock ticked down to the moment warheads in Cuba would become ready to launch against Washington and New York, Kennedy’s options narrowed.

Some of his advisors advocated an air strike against missiles in Cuba before they became operational.  But this ran the risk that several of the weapons would be launched against American targets before they could be destroyed.  (In retrospect, we now know, as Kennedy and his advisors did not, that in addition to strategic nuclear weapons, Khrushchev had deployed nearly 100 tactical nuclear weapons to Cuba that would almost certainly have been used against Americans if the U.S. had attacked).

More from GPS: 3 things JFK taught us about U.S. strategy

Others counseled Kennedy to find a way to live with Soviet missiles in Cuba, noting that the U.S. had a similar missile base in Turkey on the borders of the Soviet Union, and that in any case, Americans were already vulnerable to nuclear attacks from the Soviet Union. But if Khrushchev succeeded in this stroke, he would be emboldened to act against Berlin, which the U.S. was committed to defend – even if that meant war.

Faced with the choice between attack or acquiesce, Kennedy rejected both. Instead, he crafted an imaginative alternative with three components: a public deal, in which the U.S. pledged not to invade Cuba if the Soviet Union withdrew its missiles; a private ultimatum, in which the U.S. threatened to attack Cuba within 24 hours unless Khrushchev accepted that offer; and a secret sweetener that promised the withdrawal of U.S. missiles from Turkey within six months after the crisis was resolved.  While this succeeded in zeroing out Soviet missiles in Cuba, it did so at the price of leaving a Communist puppet regime in Cuba and stressing US relations with Turkey.

As the U.S. contemplates the choice between attacking Iran or acquiescing in its acquiring nuclear weapons, the deeper one drills down on either, the less acceptable it appears. If Iran gets a bomb, this will trigger a cascade of proliferation in the most volatile region of the world, increasing risks of a devastating conflict. Alternatively, a preventive air strike can delay Iran’s nuclear progress at identified sites. It cannot, however, erase the knowledge and skills ingrained in the heads of many Iranian scientists. Indeed, an attack would solidify Iranian determination to get a bomb as quickly as possible and dissolve the international sanctions regime that has both delayed Iran’s nuclear program and created incentives for it to negotiate.

More from GPS: Tehran not only Iran deal obstacle

The unappealing truth is that any outcome that stops short of Iran having a nuclear bomb today will still leave it with the ability to acquire one at some future date, since Iran has already crossed the most significant “red line” of proliferation: mastering the art of enriching uranium into weapons-usable material. There is no plausible outcome that permanently eliminates Iran’s nuclear weapons option. At this point, our best hope is a negotiated agreement that takes a page from JFK's playbook in crafting a third option that is not good, but less bad than the alternatives. If achievable, that deal would roll Iran's nuclear program back far enough to deny it an exercisable nuclear weapons option, coupled with transparency measures that maximize the likelihood we would discover any cheating. Any such deal should be sealed with an unambiguous (perhaps secretly-communicated) threat of a regime-changing attack should the agreement be violated, together with a pledge not to attack otherwise.

An ugly deal that meets these demanding criteria will not emerge from a process that gives Israel, Saudi Arabia, France and other allies a veto. Each is a sovereign nation with its own national interests, so we should not expect their views to be identical with our own. Especially when they are urging actions for which others will pay the price, nations tend to be unrealistically ambitious and overly demanding.

Israeli Prime Minister Benjamin Netanyahu frequently reminds the world that Israel does not require the permission of others to act where its vital interests are at stake. That truth applies to other nations as well.