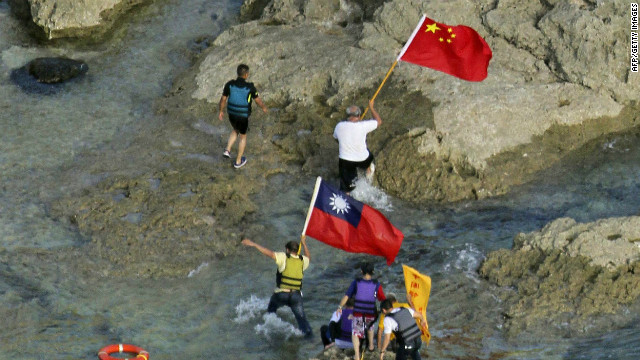 Asia territorial tensions set to get worse before they get better

Editor’s note: Jeffrey W. Hornung is an associate professor at the Asia-Pacific Center for Security Studies in Honolulu, and an adjunct fellow with the Office of the Japan Chair at the Center for Strategic and International Studies in Washington, D.C. The views expressed in this article are his alone.

China’s more assertive posture in regional territorial disputes took a new turn at the weekend with its decision to implement an Air Defense Identification Zone. At a time when tensions in the region are already high due to a lingering territorial dispute between China and Japan, China’s action has escalated tensions in the East China Sea. Now, with Beijing apparently demonstrating a fundamental misunderstanding of diplomacy with its neighbors, the region is forced to confront provocative and potentially destabilizing behavior.

On November 23, China’s defense ministry unilaterally announced the establishment of the East China Sea Air Defense Identification Zone. According to the new rules for conduct in this ADIZ, any aircraft flying into China’s ADIZ is required to submit flight plans to Chinese authorities, maintain two-way radio communication, and keep radar transponders turned on. Should a plane refuse to follow these instructions, China’s military will “adopt defensive measures.”

ADIZs are, by themselves, not controversial, acting as early-warning perimeters for self-defense. But while there are no international rules concerning their size or establishment, China’s action is provocative for two reasons. First, it may be attempting to set new rules for aircraft flying above waters considered a state’s exclusive economic zone (EEZ). Second, it chose to establish an ADIZ that overlaps considerably with those of both Japan and Taiwan as well as a sliver of South Korea’s. Provocatively, included in China’s ADIZ are territorial disputes it maintains with Japan over the Senkaku Islands (Diaoyu in Chinese) and with South Korea over Ieodo (Suyan Rock in Chinese).

Under current U.S. and Japanese practice, ADIZ procedures are not applied to foreign aircraft if they do not intend to enter their territorial airspace. China’s move sets the stage for a dangerous situation, however, if a plane flies through a portion of its ADIZ (not intending to enter territorial airspace) and refuses to follow China’s unique protocols. This is particularly worrisome with respect to Japan – under China’s new rules, Chinese planes could be scrambled to confront Japanese planes flying in the overlapped portion of the ADIZ, which could result in an accidental collision. In the worst case scenario, a situation could arise where an order by either country is given to adopt defensive measures against what they see as intruding planes. Think of the 2001 EP-3 incident, when a Chinese fighter collided with a U.S. surveillance plane, resulting in the death of the Chinese pilot. If that happened with a Japanese plane today, Beijing would be pressured to take aggressive action to placate the virulent Chinese nationalism that is sure to erupt.

Representatives from the United States, Japan, South Korea, and Taiwan quickly expressed strong concern about China’s attempt to alter the status quo and destabilize the region. And, quick to demonstrate their refusal to be cowed by China, the United States and Japan continued scheduled exercises in the area of the Senkaku Islands. Indeed, to underscore its commitment to the status quo, the United States on Tuesday sent two B-52s directly through China’s ADIZ, refusing to follow China’s new rules.

China’s decision to establish the ADIZ demonstrates both recklessness and misunderstanding. It is reckless in that Beijing is attempting to unilaterally change the status quo via intimidation. Such behavior is escalatory and only increases tensions between neighbors and drastically reduces trust with the United States. At the same time, China’s behavior demonstrates a fundamental misunderstanding of both statesmanship and the commitment by the United States and its allies to uphold international norms.

China has a right to seek changes to existing rules that guide state behavior, but not through intimidation. The U.S. and China’s neighbors understand that China is rising and have worked to engage China through various dialogues that strengthen China’s voice in international affairs and benefit China’s global presence. Yet, China should not mistake their engagement for weakness. The United States and its allies stand resolute to defend the rules and norms that have underwritten peace and security for decades, upon which the prosperity of the region was built and continues to grow. Brute attempts at change will always be forcefully resisted.

Unfortunately, this problem will probably get worse before it improves. Although China’s ADIZ does not cover the South China Sea, where it is ensnarled in multiple territorial disputes, China’s Defense Ministry spokesman Yang Yujun said that China will establish additional zones after all necessary preparations are completed. This raises worries over new provocations. Should China decide to extend another expansive ADIZ in the South China Sea, backed by its threat to adopt defensive measures, this would overlap multiple ADIZs, thereby throwing down the gauntlet to all states on its periphery.

A paradox exists in that China’s behavior is both understandable and yet puzzling. China is in many ways blinded by a mixture of victimization and self-confidence that lead it to demand changes, believing its time has come after having suffered so long under the hand of foreign oppressors. At the same time, how it chooses to do so defies logic. At a time when U.S. leadership is working to build strategic trust with China, the Korean leadership is pursuing closer ties with China as part of a trustpolitk campaign and Taiwan’s leadership is maintaining a positive relationship with Beijing, China chooses to act in a way that in one broad stroke erases much of the goodwill that has been built. And at a time when Japanese leadership remains highly critical of China and is strengthening partnerships with countries similarly challenged by China, Beijing’s act further steels Tokyo’s opposition and sends a frightening message to others in the region.

China’s leadership appears to see its neighbors as conspiring to stop China’s rise. The U.S. rebalance to the region and Japan’s changing security policies are interpreted as provocative actions directed against Beijing. As such, China believes it must counterbalance these efforts. What Beijing fails to see is that efforts like those by the United States and Japan are in fact reactions against Chinese behavior. China’s more assertive posture in recent years has spooked the region, and its unilateral efforts to change international norms are viewed as part of this revanchism.

The reality is that China is not the victim, but very much part of the problem.

Next entry »Too many being left behind in AIDS fight
« Previous entryThis Thanksgiving, remember women can end hunger