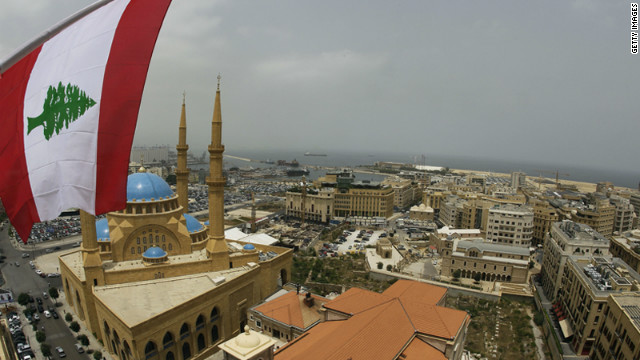 How Lebanon can turn things around

Editor’s note: Georges Pierre Sassine is a political activist who writes about Lebanon’s public policy issues at www.georgessassine.com. The views expressed are the writer’s own.

Lebanese may have enjoyed celebrating 70 years of independence last week. But they will also have been fully aware of something much less welcome – nine months of political gridlock. Since March, Lebanon has been unable to form a new government, parliamentary elections held in June were postponed for 18 months, and the current caretaker government has no decision-making powers. As the gridlock persists, Lebanon is slowly losing its ability to manage the spillover from Syria’s war – and a cynical Lebanese society is debating three responses to tackle the country’s malaise.

The first response is simply a “wait and see” policy, rooted in a firm belief that geopolitics supersedes domestic politics. To succeed, this approach requires a resolution of the crisis in Syria. The second response is more inward looking, a belief that the gridlock can be overcome through constitutional reforms and a rethink of Lebanon’s political system. The third, more cynical, response calls for the complete partition of the country.

The problem is that none of these proposals is a viable strategy to tackle the urgent threats facing Lebanon, threats that risk not just stability, but the country’s economic survival.

The Middle East is going through a volatile and uncertain transition, and the future of Lebanon relies on both regional and domestic developments. A balanced, realistic and hopeful response requires Lebanese to focus on common goals and small wins in the near-term, while isolating points of disagreement. Lebanese politicians can focus on economic and social issues while they agree to disagree on contentious issues, including Hezbollah’s arms and positions vis-à-vis the al-Assad regime.

There is no doubt that geopolitical, governance, economic and social issues are interconnected in Lebanon. But at least attempting to separate them can help avoid the complete political and economic paralysis that Lebanon is experiencing today.

New types of leaders are essential to manage the current divisive environment in Lebanon. Instead of the traditional leadership style of finger-wagging and lecturing people on what they should do, Lebanon needs leaders who take on facilitator roles. We need people who promote collaboration, take into account different viewpoints and make proper use of the resources around them.

As presidential elections scheduled for May 2014 approach, the country should favor candidates able to work across party lines to find consensus. Indeed, compromise should be a core principle in Lebanese politics during this delicate phase. If politicians can accept there will be no clear winners or losers anytime soon in Syria and the Middle East, then mutual concessions are more likely to be possible.

But while leadership and compromise are necessary to form a new government and relieve political tensions, delivering on the promise of improved economic conditions will require technical expertise and civil society to play an important role in designing and implementing effective reforms. For example, Lebanon can significantly grow its economy if it develops its oil and gas resources through developing legal frameworks against corruption while establishing mechanisms to soundly manage and spend oil revenues.

Another top priority is addressing the horrendous traffic congestion in Lebanon which is costing an estimated $2 billion a year – some 5 percent of GDP – in lost opportunities. Lebanon must put together a comprehensive strategy that rehabilitates Lebanon’s railway lines to allow for a high-speed bus system.

In short, Lebanon can ease its people’s daily struggles regardless of geopolitical developments. If politicians are unable to take new approaches to leadership and compromise, then citizens will have to mobilize, take to the streets – do whatever it takes to ensure their day to day lives are not held hostage to the unpredictable fortunes of the region.

Topics: Middle East
Next entry »How not to solve inequality
« Previous entryBig fuss over a small Iran deal