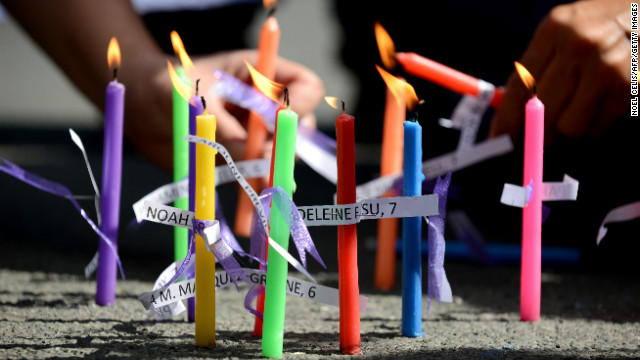 Editor’s note: Frederick P. Rivara is the Seattle Children’s Guild Endowed Chair in Pediatrics and adjunct professor in epidemiology at the University of Washington. The views expressed are his own.

With the anniversary of the Newtown shootings at Sandy Hook Elementary School almost upon us, it is worth revisiting a troubling reality noted in a commentary I co-wrote in the Journal of the American Medical Association just a week after the tragedy – the 17-year effort to suppress research into guns.

Between 1985 and 1997, the Centers for Disease Control and Prevention (CDC) funded research examining the public health importance of gun-related injuries and the association between ownership of guns and risk of violent death – homicide and suicide – in the home and in the community. (In the interests of full disclosure, I participated in some of the research funded by the CDC.)

However, in 1996, pro-gun members of Congress essentially eliminated gun research funded by the CDC by inserting the following language into the appropriations for the Center: “[N]one of the funds made available for injury prevention and control at the Centers for Disease Control and Prevention may be used to advocate or promote gun control.”

This restriction was later extended to include the National Institutes for Health. And the net effect of these moves? A dramatic reduction in research on guns and gun violence over the last almost two decades.

Some may wonder why this is important, questioning whether we really need more research and asking if either side of the gun debate really needs more information?  The answer, unfortunately, is yes. And the fact is that such information is likely wanted by most Americans because, after all, surely we all want to know what works so we can base public policy on evidence?

More from GPS: Time to face facts on gun control

Over the past decade, there has been a dramatic movement in medicine, public health, and the social sciences towards evidence-based medicine, evidence based policy, and evidence-based criminal justice. With this in mind, we should be looking at what the science tells us about risks and protection, what helps, what harms and what has no effect, rather than making decisions based on what some talking head says.

True, the efforts of Congress have not stopped all assessment of the issue. But the CDC-commissioned report by the Institute of Medicine and the National Research Council of the National Academies on priorities for firearm-related research, released in June, simply highlights how much we still need to learn if we want a truly informed debate on guns.

For example, who owns guns, why do they own guns, how many do they own, and where do the guns come from?  Why do young people in particular often own guns?  If access to firearms was restricted, what proportion of people who are suicidal would use other means that are equally lethal?  How often are guns really used to prevent a crime or prevent an attack that can result in serious injury or death?  How effective are background checks in preventing gun ownership by those most likely to misuse guns?  In the patchwork quilt of guns laws in America, with obviously porous borders, can stronger gun laws in one state make a real difference, or does it require uniform change in all states? Can advanced gun technology reduce misuse of firearms? If so, what about the estimated 300 million guns already in the public’s hands?

The president appears to have done all he can to further improve the evidence base on guns. Indeed, a month after the Newtown massacre, President Obama issued 23 executive actions to reduce the toll of gun violence, including a directive to the CDC to research the “causes and prevention of gun violence.” He also called on Congress to fund such research.

Sadly, our elected leaders in Washington have taken no action to follow up on this. And I am pessimistic that much action will occur. If the massacre of 20 children in Connecticut less than one year ago did not spur more action, I am at a loss to imagine what will.