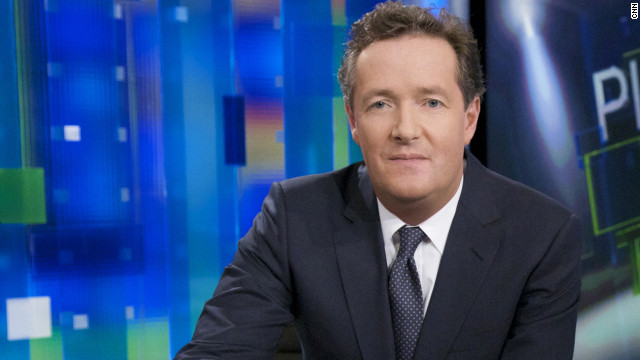 Did America learn anything from Newtown tragedy?

Next week marks the one year anniversary of the Newtown shootings at Sandy Hook Elementary School, in which more than two dozen people were killed, including 20 children. The shootings reignited the debate about gun control in the United States, and have prompted many to ask whether the U.S. could learn any lessons from other countries.

But what lessons have the U.S. learned at home in the 12 months since the tragedy? What should and could America be doing differently on gun policy? CNN host Piers Morgan answers GPS readers questions on the issue.

What kind of guns, if any, should civilians be allowed to own in the United States?

I understand why, in a country which has over 300 million guns in circulation, people feel the need to protect themselves and their families from armed attacks in their homes. So I’ve never argued against ownership of a regular handgun or shotgun for that purpose. Though I would implement comprehensive background checks for all gun purchases, and introduce heavy punishment for not keeping firearms 100 percent secured in the home. But I see no reason for any civilian to own assault rifles – I would ban all of them. If you did that, there would still be over 2,000 different types of gun still legally available to Americans.

What would you like to see in addition to gun control? Do you think the media could be play a more responsible role in the debate? Is there an inconsistency, for example, in that many feel they need to be armed because of fear, but the media’s coverage of crime helps create a climate of fear?

To blame the media is to the blame the egg, not the chicken. The fear is generated by the NRA, which comes out after each mass shooting and says if every teacher, movie theatre worker, mall store owner etc were armed, it wouldn’t happen. This ruthless, cynical strategy sells millions more guns, and encourages the grateful gun manufacturers to donate millions more dollars to the NRA. It’s a vicious commercial cycle.

There are many things that contribute to gun violence in America: Millions of people with mental health issues, yet very little federal or state research into those issues; the potential impact of violent video games and movies on an unstable mind. Many of the young, male, mass shooters we’ve seen in recent years were obsessed with them; a clear breakdown of family structure in places like Chicago, leading to young men being attracted to gangs, and gang leaders in particular, for the paternal leadership lacking in their lives. But the single biggest contributory factor in gun violence in the United States is…guns. There are just too many of them, and it’s far too easy to buy one. Even for felons or mentally ill people.

Is gun violence simply a symptom of bigger problems the U.S. faces? Shouldn’t the government focus on issues like poverty rather than gun control?

There is poverty in many countries, like India and China, but most don’t have the gun violence America has. More than 100,000 Americans get hit by gunfire a year, of which around 30,000 die from murder, accident or suicide. If a new disease took that toll on civilian life, there would be immediate and drastic action to deal with it. Why not with guns?

What has surprised you most about the debate over gun control in the U.S. since Sandy Hook?

That absolutely nothing has been done about guns in the year since it happened. How can you allow 20 elementary schoolchildren to be blown to pieces in their classrooms and do absolutely NOTHING to try and prevent another such atrocity occurring? It shames America, and in particular it shames the cowardly politicians in Washington who refuse to take on the NRA because they’re terrified of losing their seats. I also think President Obama has been dismal on this issue. He promised the Sandy Hook families he would take action. But he has achieved precisely zero new gun legislation. If he’d made it a genuine priority, he could have kept his word. But he didn’t.

How did the discussion compare with the U.K. after events like the Dunblane massacre in 1996?

It was never political in Britain. Left and right converged in agreement with a united media and public that something dramatic had to be done. And it was. We banned all assault weapons and handguns from civilian ownership. And as a result, there hasn’t been a school shooting in Britain since, and we have hardly any gun crime.

Shouldn’t the government focus on enforcing existing laws, rather than introducing new ones?

It should do both. It’s ridiculous that 40 percent of all gun sales go through without a background check. It’s like the Wild West out there. And nobody can give me a single good reason why any civilian needs an assault rifle other than “they’re fun to shoot.” Well, so are Bazookas, but they are banned. The Supreme Court ruled there should be “reasonable restrictions.” Enforce that ruling.

Why do you keep comparing Americans and America's issues to other countries? Why would you want to disarm the people when clearly America is a more violent place to live?

It’s not about disarming the people. It’s about trying to prevent so many Americans being killed by guns. The reason I compare to other countries is because places like Britain, Germany, Australia and Japan all had long histories of gun violence, yet all introduced strict gun control, and all now have very little gun crime. America can do the same, there just has to be the will to do it.

Is there a difference in deaths where countries have a complete ban compared to the U.S. or other countries that don’t? America has 35 gun murders a day. Britain has that number a year. Do the math.

How would you deal with organizations like the NRA, with their significant financial and lobbying influence in Congress, to allow for significant changes to gun management in America?

I would stand up to them, and say enough is enough. They represent 5 million Americans. That leaves 310 million Americans who are not members of the NRA. The day a large number of those people vote with their conscience at the ballot box, in favor of politicians who support gun control, and against those who don’t, is the day this all changes. The big question is: do Americans care about guns enough to actually do this? I see little evidence so far that they do.

In Chicago they outlawed the carrying of concealed guns for self defense, but saw an increase in gun related deaths. Does this show that stricter gun control doesn’t work?

Gun laws have to be federal or they are pointless. Half the guns seized by police in Chicago came from out of State. In New York, that figure rises to 70 percent. It’s not difficult to see the problem. Criminals aren’t stupid. They’ll go where they can easily get the guns. So make it very difficult everywhere for criminals to get guns.