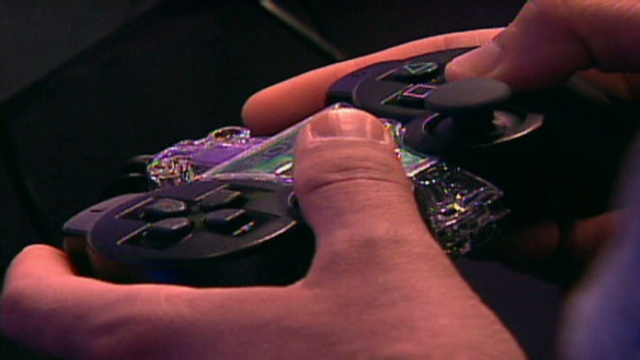 Time to rethink the video games and violence debate

By Julia Shaw, Special to CNN

Editor’s note: Julia Shaw is a lecturer in forensic psychology at the University of Bedfordshire, U.K. The views expressed are her own.

Over-the-top violence in video games, with their glorification of killing and destruction, are a growing fact of life in our society. And they might also affect the way we view the world. But to what extent do these clearly fictional scenarios affect players beyond the games themselves – and are they resulting in growing violence, including gun-related deaths?

It’s a debate that has long generated much heat in public and academic circles alike. But the unfortunate problem for policymakers and a media that so often prefers clear cut answers is that complex behavior such as gun violence requires a complex explanation.

True, there is strong evidence to suggest a link between engagement with violent media and aggressive behavioral tendencies. Playing violent videogames has been shown repeatedly to be a causal risk factor for increased aggressive behavior, aggressive thinking patterns, and aggressive emotions, coupled with a decrease in empathy. Together, these kinds of increased antisocial tendencies could certainly increase an individual’s risk for engaging in gun violence. But even this isn’t quite black and white, with some research finding no adverse effects from videogames on violence (or even pro-social effects), underscoring the complicated relationship on this issue.

But where does the link come in? The main explanation offered in recent years is the idea that playing violent videogames desensitizes players. This desensitization makes individuals less likely to feel shock or distress at scenes of suffering, violence, or cruelty because of overexposure to graphic images. Indeed, players of violent videogames have demonstrated physiological changes in how their brains respond to violence, a process known as neural desensitization to aggression.

Taking this line of reasoning a step further, diminished distress in the face of extremely violent or victimizing situations could make an individual more likely to engage in violence involving firearms – by removing the distress normally caused by extremely violent situations, we remove an individual’s natural tendencies towards empathy in such situations, emotions that would otherwise act as a natural barrier against causing harm towards others. Basically, violence seems an increasingly acceptable choice.

Games such as first-person shoot ’em ups may be a particularly important factor in gun violence, acting almost as virtual practice grounds for future behavior. It is no coincidence that first-person shooter simulators have been successfully used as part of military training to help prepare personnel for gun violence on the battlefield.

But defenders of video games have a seemingly compelling counter argument – the vast majority of individuals who play violent videogames do not actually engage in real world, criminal violence of any kind. In fact, despite the growing global popularity and engagement with incredibly violent videogames and extreme media portrayals of violence, violent crime rates in many Western countries have actually been falling over the last decade.

So, do those who point to declining violent crime rates to prove that violent media has no adverse effects on society have a watertight argument? Not necessarily – fluctuations in violent crime rates are clearly not exclusively related to media consumption habits, instead being the result of the complex interplay between education, culture, economics, law and order policies and demographics. This does not, of course, mean that media consumption habits are not relevant, it just means that they do not exist in a vacuum.

So what lessons can we draw from all these uncertainties? The most obvious is that greater research needs to be done, although any such research must be approached with extreme caution, especially when we are dealing with issues as emotional as those surrounding the mass shooting in Sandy Hook last December. Research launched in the midst of a moral panic over child safety in Western societies, when concern spikes for example over the perceived role that video games play in gun violence and school shootings, risks introducing bias, while distracting from potentially more important, broader issues.

The fact is that we need to be looking at the big picture, something that a responsible media can aid in doing. Sadly, too often the media doesn’t act responsibly. Instead of focusing on crucial, but in some ways “less exciting,” issues like health, education and social welfare, too much attention is paid to acts of violence, individual actions that distract us from understanding broader contexts and complexities. This constant focus on sensational acts can make violence feel almost mundane – and just another part of life.

The media’s fixation on whether violent video games cause gun violence is a symptom of all this – we are ignoring other incredibly important but more nuanced and complex factors that contribute far more to gun violence than any game ever will. Violent video games are merely a tiny piece of the puzzle in understanding violence in society. And these games only exist in the first place because society already glorifies violence and facilitates the creation, distribution, and purchase of such games.

It is therefore time to take a step back and rethink the way we even frame the question of whether video games cause gun violence. In fact, we actually have things backward – rather than wondering whether video games inspire greater acts of violence, maybe we should be asking why we have an environment that promotes violence in the first place, and why we give succor to a media and entertainment industry that sensationalizes rather than reports.

Ultimately, if we want to reduce gun violence in Western societies, we need to start with serious and balanced reporting of the issues, reporting that will allow us to better able understand the intricate web of factors behind violence in our society. Perhaps then we will be able to foster a more empathetic and informed culture, one more likely to shun violence in any form.

Next entry »Is the U.S. making the grade in education?
« Previous entryWhat I'm reading: Networked nature of gun violence