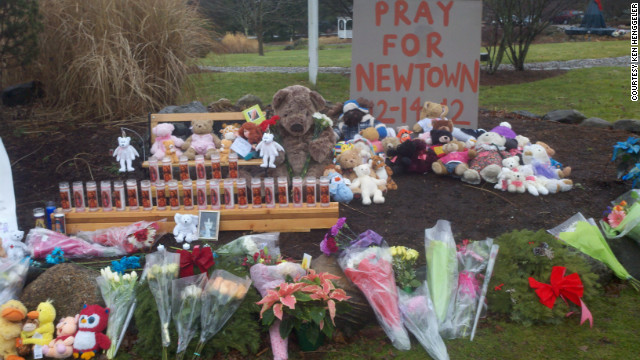 By Carroll Doherty, Special to CNN

Editor’s note: Carroll Doherty is associate director of the Pew Research Center for the People & the Press. The views expressed are his own.

In the year since the Newtown, Conn. school shootings, President Obama and other gun control advocates have repeatedly pointed to polls showing that substantial majorities support expanded background checks on private gun sales. As Obama put it in March, “How often do 90 percent of Americans agree on anything?”

Obama was right – some surveys conducted soon after the Newtown tragedy did find 90 percent support for expanded background checks. But a review of polling over the past year provides a more complicated picture of public opinion about guns and gun control, which partly helps explain why a bipartisan background checks bill died in the Senate last April.

For one thing, there was less support – especially among Republicans – for an actual background checks bill (like the failed Senate bill proposed by Joe Manchin and Pat Toomey) than there was for a general background checks proposal. In a Pew Research Center survey in May, 81 percent, favored expanding background checks on private gun sales and sales at gun shows, but fewer (73 percent) said they wanted the Manchin-Toomey bill to pass, if it were reintroduced.

Republicans were much more skeptical of the background checks bill than a more general background checks proposal. While 81 percent said they supported making private gun sales and sales at gun shows subject to background check, far fewer (57 percent) wanted the Manchin-Toomey proposal to pass. Among Democrats and independents, there was much less of a drop-off in support for the legislation.

In addition, overall public support for gun control has declined in recent years. From the 1990s through 2008, majorities consistently said it was more important to control gun ownership than to protect the right to own guns. But support for gun control fell after Obama took office; beginning in 2009, roughly equal percentages prioritized gun rights and gun control.
This changed in the immediate aftermath of the shootings in Newtown, which took the lives of 20 elementary school students and six teachers and administrators. In both late December and January, higher percentages said gun control was more important than gun rights, for the first time in Obama’s presidency. By May, however, the balance of opinion was back to about even, or about where it had been before Newtown.
Moreover, gun control opponents were more politically active and engaged on this issue than were gun control supporters: 41 percent of those who prioritized gun rights over gun control said that they would not vote for a political candidate with whom they disagreed on gun policy, even if they agreed with them on most other issues. By comparison, fewer gun control supporters – 31 percent – said they considered gun policy a make-or-break voting issue.
Even after Newtown, the odds were long against Congress passing meaningful gun control legislation. If the Manchin-Toomey bill had survived the Senate – 54 senators voted for the bill, not enough to overcome a de facto GOP-led filibuster – it would have faced dim prospects in the Republican-controlled House. But public opinion also was a factor. It is rare when Congress rejects a proposal that draws support from 90 percent – or even 80 percent – of Americans, as Obama observed. But in this case, other public attitudes mattered as much, if not more.