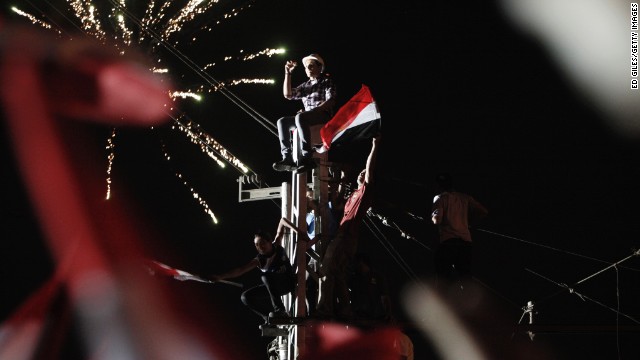 3 years on, should we be depressed about the 'Arab Spring'?

Editor’s note: Jane Harman is director, president and chief executive officer of the Woodrow Wilson International Center for Scholars. She was a nine-term congresswoman from California and the ranking Democrat on the House Intelligence Committee from 2002 to 2006. The views expressed are her own.

Following the third anniversary earlier this month of the beginning of the “Arab “Spring,” it is easy to be depressed.  More like an earthquake, the tectonic plates have shifted and there may be no way to “restore” stability to many governments in the region.

In hindsight, the “revolutionaries” in Tahrir Square and elsewhere were better at toppling governments than building new ones. Only in Tunisia – where Islamist and founder of the Ennahda party Rachid Ghannouchi has been prepared to cede power to build a stable pluralist government – do we see a glimmer of sunshine. Ghannouchi may turn out to be the new Mandela – a man who uses decades in prison as a ploughshare not a sword.

But many countries are becoming failing states: think Libya, which has become the arms bazaar for the MENA region. What must U.S. policy be? As former U.S. Ambassador to Brazil and now Counselor to Secretary John Kerry, Tom Shannon, says, we need “long diplomacy” to follow the long wars in Afghanistan and Iraq.

One of the most important elements of long diplomacy is a well-defined whole government effort to counter the vacuum of power across much of the region. In the absence of functioning governments, splinter terror groups like al-Mulathameen (once part of al Qaeda in the Islamic Maghreb), Ansar al Sharia and others are now taking advantage. In many cases, these groups are stepping in to provide basic services where their governments cannot. We do not need more terror safe havens.

A carefully coordinated package of humanitarian relief, civil society training, and security force advice and assistance – implemented with our allies – can have a significant impact on the stability of many of these countries.  Formation of public-private partnerships and support for NGOs is also important.

At least one member of the U.S. Congress – Ranking Member of the House Armed Services Committee, Adam Smith – is especially vocal about this. Earlier this year at the Wilson Center, he said, “There is no better capacity building out there than a strong economy and a strong private sector doing business that people see opportunity in.”

Positive efforts are occurring – particularly sensitive missions, like those led by Admiral Bill McRaven of the Special Forces, which are now requested more routinely by host governments because we offer advice and assistance rather than carrying out missions alone. But it will take more than a few “wins” to shift the pendulum back from chaos. Sustaining focus in a dozen countries won’t be a piece of cake.

Yet the alternative is chilling. In Yemen, Ansar al Sharia is allegedly providing water, electricity and security to communities in the south. Despite the group’s extreme values (the name means “supporters of Sharia law”), they remain successful because they provide resources when the government can’t.

In Syria, al Nusra is providing food, water and medical care to locals to increase support and gain influence – and they are the only game in town.  Why would the average Syrian, caught in the middle of a bloody war, refuse the shelter and “friendship” of such a group? The North Africa version of Ansar al Sharia is encouraging its members to integrate into society, as opposed to heading for secluded training camps.

How we use our smart power will affect outcomes. Three years into the Arab earthquake, it would clearly be farcical to declare “mission accomplished.” But it is way too early to label this “mission failed.”

The big question is whether we will have something to celebrate when the fourth anniversary comes around.

Topics: Arab Spring
Next entry »What India could teach the world
« Previous entryFour stories you may have missed in 2013