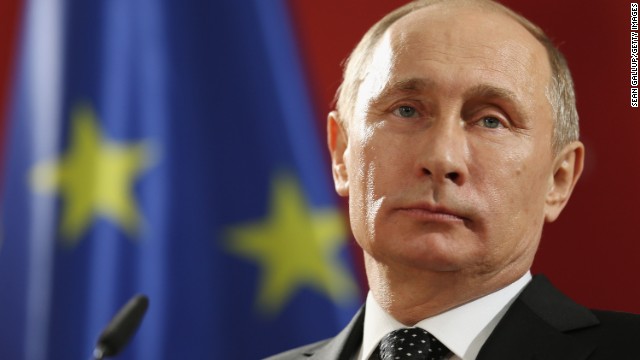 Putin’s amnesty is an opening for the West

By Matthew Rojansky, Special to CNN

Editor’s note: Matthew Rojansky is the director of the Kennan Institute at the Woodrow Wilson International Center for Scholars. The views expressed are the writer’s own.

There are plenty of reasons to be cynical about Russian President Vladimir Putin’s motivation in announcing an amnesty last month for more than 20,000 prisoners, including the dissident punk rockers Pussy Riot, detained Greenpeace activists, some leaders of last year’s Bolotnaya Square protests, and most surprisingly, oligarch turned anti-Kremlin icon Mikhail Khodorkovsky, who has languished in prison for more than a decade. Putin is following the old Soviet and tsarist tradition of amnesties to mark major anniversaries – in this case the 20th anniversary of Russia’s 1993 constitution – but he is also surely considering the impact on Russia’s image in advance of the February Sochi Olympics.

Russia’s human rights record still falls far short of European and international standards, and it would be naïve to assume that this amnesty represents any kind of transformation in Putin’s thinking about human rights and democracy. Yet at this moment, one vital fact should not be overlooked: real progress has now been made on one of the most persistently contentious items on the Russia-West agenda.

Human rights and political prisoners especially have been an obstacle to pragmatic cooperation on everything from counter-terrorism to trade and investment. The human rights situation was cited among the reasons for the presidents of France and Germany to skip the Sochi games, and was an important backdrop to the Obama administration’s frustration with Russia amid the apparent collapse of the “reset” agenda over the past year. It was also the single biggest justification for passage one year ago of the Magnitsky Act, which imposed financial and travel sanctions on Russian officials accused of abuses.

Of course human rights is not the only item on the U.S.-Russia agenda, nor is it the only area of conflict with the Kremlin. There are also tensions over Ukraine, Syria and the wider Middle East, Afghanistan, and Central Asia, to name just a few. But each of these urgent challenges is far more likely to be resolved through effective dialogue and engagement between Russia and the West than via confrontation and isolation. Increasingly, the rift over human rights – which some have termed a “values gap” – has stood in the way of such pragmatic dialogue.

For Western rhetoric about the importance of human rights to be taken seriously, it must also acknowledge and reward Russia when positive steps are taken. Otherwise it is seen merely as a fig leaf for antipathy toward Russia's political leaders, or as part of America’s continuing efforts to topple regimes it dislikes around the globe. This view is held not just by Russian political elites but by ordinary people as well.

Offering concrete rewards in exchange for progress on human rights was precisely the sort of conditionality that the European Union has sought to impose on Ukraine's leadership over the imprisonment of Yulia Tymoshenko and other reforms. So far, it has failed to produce the desired outcome in Ukraine. Yet Putin's amnesty is, among other things, an acknowledgment of the rhetorical and political impact of the West’s position, and the weight Putin places on international legitimacy, especially when he and Russia are in the spotlight during the Sochi Olympics.

More from GPS: Why Russia needs the BRICs

Now is therefore a key opportunity to benefit from such conditionality with Russia by recognizing progress on an important precondition for better relations. One way to do this would be by ratcheting back the punitive rolls of the Magnitsky Act, rather than expanding them as some in Congress have recently advocated.

Another would be for top U.S. and European politicians to visit Russia. To be sure, Russia's restrictive NGO and anti-gay laws will continue to provide a justification for Western leaders not to attend Sochi. Moreover, acute disagreement over the Middle East and Russia’s post-Soviet neighborhood will not have faded by February. Yet if last month’s amnesty underscores anything it is that Sochi offers a vital chance to engage on the most sensitive issues and to exert influence.

Like Soviet and tsarist amnesties, this is a limited time opportunity. Western leaders will have the most leverage if the prospect of enhanced international legitimacy through high level visits before, during, and after the Sochi games is clearly back on the table. Now is the time for a strong and decisive new push for engagement with Russia.