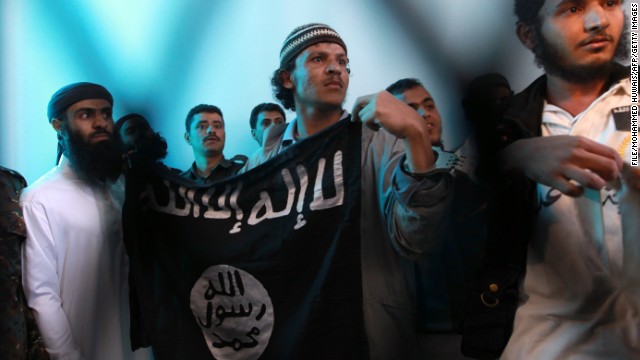 By Andrew Liepman and Philip Mudd, Special to CNN

Editor’s note: Andrew Liepman is a former principal deputy director of the National Counterterrorism Center and a senior policy analyst at the nonprofit, nonpartisan RAND Corporation. Philip Mudd, former Senior Intelligence Advisor at the FBI and Deputy Director of the CIA Counterterrorist Center, is the director of Global Risk at SouthernSun Asset Management. The views expressed are their own.

The recent New York Times investigation into the deadly 2012 attack on the U.S. diplomatic mission in Benghazi has reignited the debate over the nature and trajectory of al Qaeda. The conclusion of the report – that there was no evidence of an al Qaeda role in the attack – reinforces our view that the organization that attacked the United States more than 12 years ago is in decline. But it also serves as a reminder that the threat has not disappeared. Rather, it is morphing into a new, more dispersed, less predictable, but still lethal enemy.

The 9/11 attacks on the World Trade Center and the Pentagon showed al Qaeda at its deadliest. At the same time, though, 9/11 also represented the beginning of al Qaeda’s decline as an organized terror enterprise that would ultimately lead to its emergence as a decentralized, factious amalgam of freelance groups, each with its own methods and agenda. This new organization may lack the infrastructure to plan and carry out attacks like the one that occurred in Benghazi (and certainly attacks like 9/11), but today’s al Qaeda remains a threat to strike where and when it can and to fan the flames of extremism.

The decade that followed the 9/11 attack saw the gradual decline of bin Laden’s core al Qaeda. The architects of 9/11 were largely killed or detained, the remnants were in hiding in Pakistan, and the revolutionary message had lost ground globally in the face of relentless al Qaeda killings of Muslims across the Islamic world. Some of its most promising potential successors experienced similar declines, from Jemaah Islamiyya in Indonesia to al-Shabaab in Somalia, along with al Qaeda cells in Saudi Arabia and Europe.

But what of the current generation of Salafist militants – the offspring of bin Laden’s al Qaeda? For them, the signs may not be so bleak. Though they may lack the organizational structure, the focus on attacking the West and the charismatic leadership of yesterday’s al Qaeda killers, today’s militants do not lack its homicidal audacity.  Or its wide reach.

More from CNN: Would NSA surveillance have stopped 9/11?

Affiliated groups have risen across the Middle East and South Asia and into Africa and Europe. Homegrown plots have emerged in the United States in Europe, carried out by individuals zealously donning the al Qaeda mantle, even with little or no contact with terror networks. And the killing hasn’t stopped. Indeed, in many areas of the Middle East, murder in al Qaeda’s name is sharply increasing. In Iraq, Shia are being murdered at a shocking rate. In Pakistan, Shia are frequent targets and across the Middle East groups inspired by bin Laden’s old message continue to sacrifice innocents – from mall shoppers in Kenya and a teacher in Benghazi, to students in Nigeria and oil workers in Algeria. These are the victims of the new breed of al Qaeda terrorists.

So we have conflicting trends. In broad strategic terms, al Qaeda is diminished. Numerous acts of terror against the United States have been prevented. It is clear that the American homeland is safer than it was, and it’s hard to conceive of a 9/11-style attack occurring today. At the same time, though, this emerging generation of militants poses its own threat to regional stability.  We would be remiss if we assumed this jihadi phoenix could never rise again to threaten American cities.

America’s attention span tends to be shorter than that of its adversaries. Americans may evaluate the changing terror landscape as they would the NASDAQ stock exchange, defining success by watching swings over a month or even a year. For al Qaeda, success is something that is defined over decades, or even centuries.

Looking at the landscape through this lens might yield a different picture, one that offers hope to the current generation of Salafist extremists. From this perspective, the al Qaeda cause has endured even as the post-9/11 years brought setbacks to its leadership, its globalist message, and many of its affiliates and adherents. But periodic attacks – London, Bali, and even Ft. Hood, Texas – meant the decline was not a linear downward slope.

The United States has reason to worry, as Sen. Dianne Feinstein (D-Calif.) Rep. Mike Rogers (R-Mich.), the chairs of the Senate and House Intelligence Committees, pointed out recently. Events in the region – the unremitting violence in Syria, the collapse of any authority in Libya, and the continued instability and infighting in Yemen, Somalia, and elsewhere – appear to be emboldening al Qaeda sympathizers. Instability in Syria has opened the door for al Qaedists to broaden their sway among oppositionists, and instability in Iraq – and potentially Lebanon – offers further opportunities for radical jihadis.

There are too many breeding grounds. While much of today’s violence is localized  – Yemeni extremists are interested in Yemen, Somalis in Somalia, and Syrians in Syria  – any of these hot spots could become the next launching ground for a resurgence of anti-western targeting. Neither the inevitable decline of al Qaedism nor the rise of disparate al Qaedist groups in Africa and the Middle East is a full picture, though, and frequent assessments and reassessments might suggest that the al Qaeda phenomenon is morphing more quickly than it actually is.

At the same time, the United States can take some comfort in the progress that has been made at home – in the knowledge that a concerted and consistent counterterrorism campaign has made the country safer and largely eliminated the scourge that hatched the 9/11 plot. Because the al Qaeda revolutionary ideology is so resonant and resilient, the United States should be cautious about translating this comfort into a judgment that it is out of the woods. The picture is neither as positive as it looked even two years ago, nor as bleak as alarmists suggest.

Terror leaders with a target horizon that reaches Europe and the United States are uncommon. Carrying out successful plots against the West requires stout leadership, loyal and focused operatives, and a safe haven to plan without diverting attention to more immediate battles against local security services, other competing groups, or U.S. drones. At the moment, the al Qaeda offshoots do not possess these assets, and America is safer because of that.

At the same time, though, the United States must not allow this fragile sense of security to become complacency. The terrorist threat is still there, morphing over time from local or regional threats to international conspiracies and back again. Measuring progress threat- by-threat, or month by month, would lead to the mistaken belief that tactical gains or losses represent major shifts in this long, painful counterterror campaign. The campaign is a marathon run against a slowly declining revolutionary idea, al Qaedism, which will take many more years to stamp out fully.

Topics: Terrorism
Next entry »Time for U.S. to focus on Western Sahara
« Previous entryWhy tech is a double-edged sword for human rights

Next entry »Time for U.S. to focus on Western Sahara
« Previous entryWhy tech is a double-edged sword for human rights