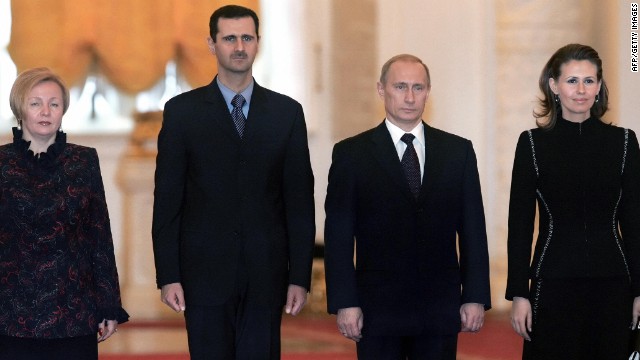 By Anna Borshchevskaya, Special to CNN

Editor’s note: Anna Borshchevskaya is a fellow at the European Foundation for Democracy. The views expressed are her own.

Russian President Vladimir Putin achieved perhaps his most desired goal in 2013: He successfully positioned Russia as indispensable to resolving key international problems. And nowhere has his success been more visible than in the Syrian conflict and Iranian nuclear negotiations. The Moscow-brokered deal to put Syria’s chemical arsenal under control of international inspectors helped avoid military strikes against the Syrian regime. Meanwhile, Russia also emerged as a strong voice in the P5+1 group, allowing Iran to avoid tougher sanction against its nuclear program upon reaching an interim deal in Geneva in December 2013.

But behind the scenes, Russia is playing an even more significant role, and is an increasingly assertive player throughout the broader Middle East. It’s a trend the West cannot ignore.

According to Russian press reports, the Kremlin struck a $2 billion weapons agreement with Egypt last month, the culmination of years of quiet Kremlin efforts to revive Russia’s Cold War relationships in the region.

“Today Russia is coming back to many regions it lost in the 90s. I’m talking about the African continent and the Middle East,” Russian Federation Council Foreign Affairs Committee Chairman Mikhail Margelov said during a speech in London last month. “Russia was quite explicit about its interests in those regions even before the Arab Spring...”

Russian influence in the region is multifaceted. For instance, Russia has grown increasingly assertive in the Middle East peace process, since it initially joined the Quartet more than a decade ago. Rather than simply endorse the U.S. or European position, the Kremlin has sought to put its own stamp on the agenda. In 2006, for example, Putin invited Hamas leaders to Moscow, suggesting that Hamas was a terrorist organization. Putin has also moved to parade his growing influence. In June 2012, Putin travelled to Israel, nine months before Barack Obama made his first visit there as U.S. president in March 2013.

Meeting with Israeli President Shimon Perez, Putin said, “It is in Russia’s national interest to provide peace and tranquility in the Middle East.”

In Iraq, Russia has worked since 2003 to regain oil contracts lost when the United States and its allies ousted Saddam Hussein’s government, and Lukoil has won a number of large oil contracts since. More recently, in 2012, the Kremlin signed a $4 billion arms deal with Iraq – the largest single arms deal of Putin’s tenure, making Iraq the third largest buyer of Russian arms. According to Russian press reports, deliveries began in October 2013, after a delay reportedly caused by claims of corruption within the Iraqi parliament.

What is behind these moves? It is important to remember that Russia’s outreach is not ideological. The Kremlin cultivated relations with the Muslim Brotherhood, even though that group had been on Russia's list of terrorist organizations since 2003. When Russian Foreign Minister Sergei Lavrov went on a Middle East tour in November 2012, he made the Brotherhood controlled Egypt his first stop.  When the Egyptian army’s coup ousted Mohamed Morsy in July 2013, Putin appeared just as eager to work with the military government. Likewise, even as the Kremlin cultivates the al-Maliki government in Baghdad, Russian officials have sought to reach out to Iraqi Kurdistan. Last February, Iraqi Kurdistan President Massoud Barzani went to Moscow for an official visit to strengthen ties with Russia. Americans may think of the secular Barzani as a natural U.S. ally, but Putin knows Barzani can be a chameleon. After all, his father fled to the Soviet Union and Masosud Barzani spent some of his boyhood in the Soviet Union.

The Russian diplomatic and commercial presence amongst the Gulf Cooperation Council (GCC) states has also grown rapidly. In 2007, Putin took a trip to the Gulf. No Russian – or Soviet – head of state has ever done so before. A number of high-level exchange visits followed over the years. Cooperation continued to grow and culminated in the GCC-Russia strategic dialogue, which commenced in November 2011 focusing on issues ranging from security to trade and investment, to intercultural exchanges.

More from CNN: Why the Middle East is a mess

In addition, the Russian government has worked to shape its image with its own Arabic-language satellite stations and media. One such media outlet is Rusiya Al-Yaum, the Arabic-language version of Kremlin-funded RT (Russia Today). As Putin curtailed media freedom in Russia, he nonetheless refused to cut funding to RT, which works tirelessly to deliver a pro-Kremlin point of view to millions of viewers.

True, Russia faces too many internal impediments – demographic, weakening economy, and corruption – to be a true global leader. Yet as the United States looks inward and reconsiders its global posture, Russia appears to be trying to cash in on Western retreat. President Obama may not view the situation in the Middle East as a zero-sum competition, but Putin appears to as he seeks to fill in the vacuum whenever the U.S. withdraws.

And the reality is that senior Arab officials who grew up doing business with the Soviet Union often feel more comfortable working with their Russian counterparts than with the United States. At the very least, they need not worry about the Foreign Corrupt Practices Act when working with Moscow. Indeed, Arab countries increasingly see Russia as more reliable and stable partner than the West generally. Egypt, for example, reportedly turned to Russia for arms to obtain the weaponry the U.S. denied it following Morsi’s ouster. In isolation, these may not be significant losses for the West. But momentum matters – all these small losses add up to much bigger ones.

The U.S. retreat from the Middle East is damaging American credibility with traditional allies, and will severely hamper America’s long-term interests. Putin is not unique in taking advantage of opportunities to bolster his interests as these opportunities present themselves to him. But Washington can certainly do more to reduce the number of such opportunities it provides to him.