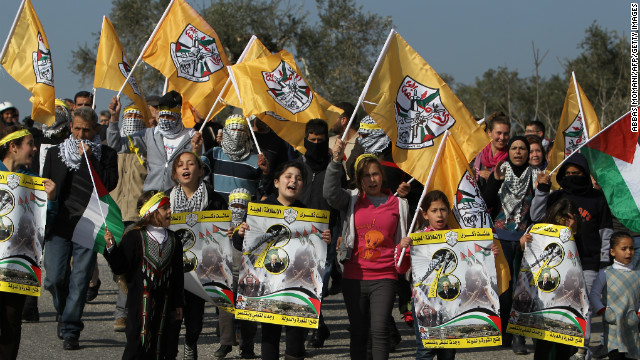 Should Israel unilaterally withdraw from the West Bank?

By Frida Ghitis, Special to CNN

Editor’s note: Frida Ghitis is a world affairs columnist for The Miami Herald and World Politics Review. A former CNN producer and correspondent, she is the author of "The End of Revolution: A Changing World in the Age of Live Television." Follow her on Twitter@FridaGhitis. The views expressed are her own.

What will happen if the current round of peace negotiations between Israelis and Palestinians ends in failure? If the two sides cannot come to an agreement is there another option for solving the conflict?

As the talks continue with scant visible evidence of progress, a few prominent Israelis have started reviving talk of a third way: unilateral withdrawal of Israel from most of the West Bank – even without a peace deal.

The notion that Israelis could voluntarily withdraw from territories claimed by Palestinians without securing an agreement is nothing new. In fact, the term “unilateral disengagement” was coined by the recently-deceased former Israeli Prime Minister Ariel Sharon, who removed all Jewish settlers and military forces from Gaza in 2005. He ordered the withdrawal after saying he had concluded that peace with Palestinians was not possible, but that he also believed Israel should not rule over millions of Palestinians.

Sharon hinted strongly that he was preparing to unilaterally remove settlers from the West Bank as well, but he suffered a devastating stroke before being able to reveal details of any plan.

The idea did not die with him. Former Prime Minister Ehud Barak, who tried unsuccessfully to make a deal with Yasser Arafat, has advocated it publicly on many occasions.

Sharon’s death has brought new attention to this possible course of action. Writing for CNN.com, former Israeli Ambassador to the U.S. Michael Oren reaffirmed the widely accepted view that a negotiated solution would be preferable, however, “If that proves unattainable,” he said, “then Israel can still end the occupation of the Palestinians, preserve its security, and perhaps lay new foundations for peace” by withdrawing from much of the West Bank unilaterally.

The withdrawal envisioned for the West Bank – known in Israel by the biblical names Judea and Samaria – would essentially put into place some of the basic outlines of negotiations with the Palestinians.

If talks failed, the idea goes, Israel would move forward on a part of the “Clinton Parameters” – named because during negotiations mediated by President Clinton in 2000 they became the foundation of a potential deal, and they have remained so ever since.

A unilateral withdrawal would almost certainly leave Jerusalem, including the areas captured in the 1967 war, under Israeli control. Palestinians want the eastern part of Jerusalem as their future capital.

The negotiating parameters call for Israel to retain major settlement blocs and in exchange give a future Palestinian state an equivalent amount of land on what today is Israeli territory. If Israel withdraws unilaterally, the Palestinians would presumably not receive territorial compensation, at least not before a deal is reached perhaps some time in the future.

Most importantly, the unilateral move would deprive Israel of its most important goal in talks with Palestinians: a final and definitive resolution to the conflict.

For Palestinians, a unilaterally Israeli move might produce a state, but it would leave not only Jerusalem, but also the issue of what happens to Palestinian refugees, unresolved.

Israel was able to withdraw from Gaza in 2005. But the prospects for withdrawal from the West Bank are much more problematic. A unilateral withdrawal would present enormous political, tactical and strategic challenges for many of the same reasons that a negotiated solution is so difficult.

Sharon’s Gaza withdrawal has produced decidedly mixed results. Some Israelis are happy to be done with the territory, but others view the move as a strategic disaster.

Not long after the settlers were removed, the militants of Hamas overthrew the Palestinian Authority, and took control of the territory. The group rejects Israel’s right to exist and, as critics of disengagement warned would happen, Gaza became a launch pad for attacks against Israel. Israelis view their occupation of Gaza as a thing of the past, but many around the world remain harshly critical of Israel’s handling of the conflict with Gaza’s Hamas rulers.

Twice since leaving Gaza, Israel has gone to war against Hamas when civilian populations demanded action from the government in the face of sharp escalations in rocket attacks from the Strip. And Israel, along with Egypt, sharply limits the supplies that enter the Strip.

As recently as last week, Palestinians in Gaza fired missiles towards towns in southern Israel. Those rockets, however, were shot down by Israel’s new high tech defense systems. The technological advances in missile defense are the only reason unilateral disengagement can be realistically considered for the West Bank. That’s because while rockets from Gaza are disruptive, traumatic, and occasionally deadly, rockets from the West Bank could cripple Israel. After all, the West Bank lies within a stone’s throw of Israel’s only major international airport and is adjacent to the country’s main population centers, including Tel Aviv.

If Israel withdraws from the West Bank after a collapse of negotiations with Palestinians, it could conceivably empower extremists at the expense of moderates in the West Bank and spark an escalation of hostilities.

Politically, a unilateral disengagement would prove a hard sell in Israel. The departure from Gaza brought emotional scenes of Israeli soldiers scuffling with Jewish settlers forced to leave their homes. A total of 8,500 were removed from Gaza. The numbers that might have to leave the West Bank are perhaps ten times larger. To many of them, tearing themselves away from Judea and Samaria, the ancient land of the Jews, is unthinkable.

Withdrawing with a peace deal in hand will be politically difficult. Doing it without one could prove impossible.

There is a reason why even those who urge consideration of a unilateral withdrawal always say it is not the best option. A peace deal and the establishment of a Palestinian state by mutual agreement offers the only possibility of lasting peace. And even that route presents enormous political and strategic challenges. A unilateral move is at best a very questionable last resort.

Next entry »On GPS Sunday: 1-on-1 interviews with Hassan Rouhani and Shinzo Abe
« Previous entryZakaria: Iran nuclear agreement a train wreck on the way