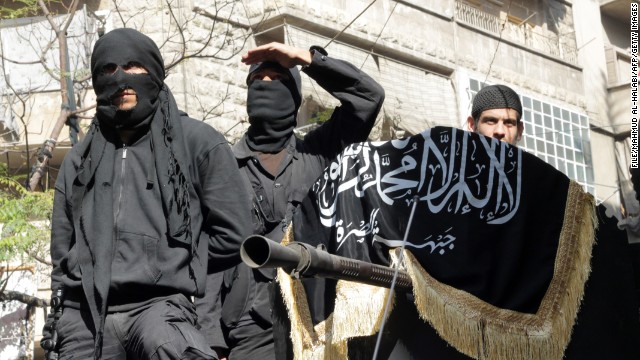 The limited allure of extremism

Editor’s note: Richard Wike is Director of Global Attitudes Research at the Pew Research Center. You can follow him @RichardWike. The views expressed are his own.

The recent news from Fallujah and elsewhere in the Middle East and Africa must be pretty encouraging for al Qaeda sympathizers. The Islamic State of Iraq and al-Sham (ISIS), an al Qaeda affiliated group, has a significant presence in the city where the bloodiest battle of the Iraq War took place nearly a decade ago. ISIS and other al Qaeda inspired groups have also met with success on the battlefield in Syria, while extremist groups who embrace both violence and a severe, distorted version of Islam are on the offensive not just in Iraq and Syria, but in Libya, Afghanistan, Nigeria, and elsewhere.

Yet if recent history is any guide, extremists’ current momentum will likely be followed by a strong backlash. After all, when it comes to hearts and minds, al Qaeda and its ilk have repeatedly demonstrated that they have very limited appeal. Indeed, generally speaking, the more people are exposed to extremist violence and al-Qaeda-style rule, the less they like it.

Take Pakistan, a country that generates lots of headlines in the U.S., few of them positive. But a major trend over the last decade has been underreported: declining Pakistani support for extremism. Pakistanis have seen violent extremism up close, and they have rejected it. For example, in 2004, 41 percent of Pakistani Muslims said suicide bombings and other forms of violence against civilian targets could often or sometimes be justified. However, by 2013 a Pew Research Center poll found that number had fallen to 3 percent.

In one study of attitudes toward militant groups in Pakistan published last year, the authors found that opposition to militant groups was especially high among the poor who live in urban districts that have been directly impacted by violence. Writing in the American Journal of Political Science, the authors concluded that the poor dislike militant groups “because they bear the brunt of the consequences of militancy.”

Another dramatic turnaround in opinion about extremists has been seen in Jordan. A spring 2005 Pew Research poll found a majority of Jordanian Muslims – 57 percent – believed that suicide bombings could often or sometimes be justifiable. In November 2005, al Qaeda affiliates, led at the time by the Jordanian Abu Musab al-Zarqawi, launched deadly suicide attacks on three hotels in Amman, the Jordanian capital, killing dozens and wounding more than 100. A few months later, a spring 2006 Pew Research Center survey found that support for suicide bombing among Muslims in Jordan had tumbled to 29 percent. And it has continued to decline in the years since, now standing at just 12 percent as of March 2013.

Nigeria has also experienced an extremism backlash. In spring 2010, when suicide bombing and other extremist violence was still perhaps something of an abstraction for many Nigerian Muslims, support for al Qaeda was surprisingly strong: 49 percent said they had a positive view of the group. But in the years since, Boko Haram, an extremist organization that claims links to al Qaeda, has orchestrated numerous suicide attacks and tried to impose its version of sharia law in the country’s Muslim dominated north. This direct experience with violent extremism has led to a shift in Nigerian Muslim attitudes and today just 9 percent express a favorable opinion of al Qaeda. Support for suicide bombing has for its part dropped from a third among Muslims in 2010 to 8 percent in 2013. And Boko Haram is held in especially low regard – only 2 percent of the nation’s Muslims give the extremist movement a positive rating.

As George Mason University’s Audrey Kurth Cronin has noted, the backlash against extremists hasn’t been confined to Muslim nations. The Real Irish Republican Army, an offshoot of the Provisional IRA that rejected the Northern Ireland peace process, lost public favor after the 1998 Omagh bombing, which killed 29 people, including nine children. Cronin says “the group never recovered in the eyes of the community.” She also suggests that public revulsion toward violence undercut support for the Basque separatist group ETA in Spain, as well as Sikh separatist groups in India.

Writing in The New Republic in 2008, Peter Bergen and Paul Cruickshank perhaps summed up best why groups like al Qaeda struggle to secure widespread appeal:

“[E]ncoded in the DNA of apocalyptic jihadist groups like Al Qaeda are the seeds of their own long-term destruction: Their victims are often Muslim civilians; they don’t offer a positive vision of the future (but rather the prospect of Taliban-style regimes from Morocco to Indonesia); they keep expanding their list of enemies, including any Muslim who doesn’t precisely share their world view; and they seem incapable of becoming politically successful movements because their ideology prevents them from making the real-world compromises that would allow them to engage in genuine politics.”

Of course, in the years since Bergen and Cruickshank wrote these words, al Qaeda has persisted, carrying out plots and even at times controlling territory in places like Mali, Iraq, and Syria. But it has largely failed on the battlefield of ideas, and the Bergen-Cruickshank thesis is still correct: al Qaeda’s ideology also sets the stage for its own demise.

Just look at Syria, and what on the surface looks like a success story for extremists. New York Times correspondents Hwaida Saad and Rick Gladstone wrote that Syrians increasingly resent the group’s hijacking of the anti-al-Assad struggle. Sunni rebel groups are turning against ISIS, and protests against the al Qaeda affiliate are spreading, as civilians grow “fed up with what they see as its dictatorial behavior, which has included arresting, punishing and sometimes executing anti-Assad activists who disagree with the goal of creating a strict monolithic Sunni Islamic state.”

Of course, it’s impossible to predict what path the bloodshed in Syria and Iraq will follow. External forces – particularly the regional competition between Saudi Arabia and Iran – will have a significant impact on the outcome in both countries. But based on their track record, and the track record of other extremists, al Qaeda inspired groups will have a difficult time selling the Syrian and Iraqi public on their brand of radical, and violent, Islam.

Topics: Terrorism
Next entry »What I'm reading: Is Asia destroying its kids' innocence?
« Previous entryShinzo Abe on the third arrow of "Abenomics"

Next entry »What I'm reading: Is Asia destroying its kids' innocence?
« Previous entryShinzo Abe on the third arrow of "Abenomics"