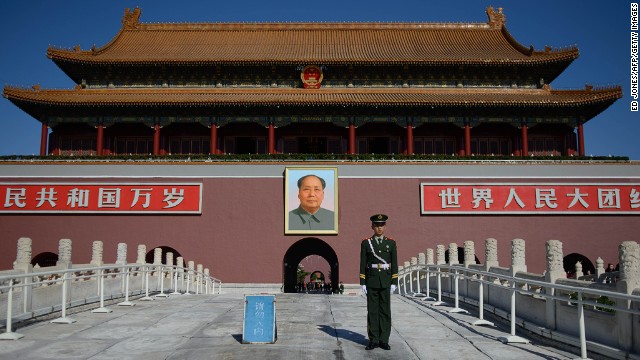 How U.S. should respond to China's growing assertiveness

By Robert Spalding and Adam Lowther, Special to CNN

Editor’s note: Robert Spalding is a Military Fellow at the Council on Foreign Relations. Adam Lowther is a non-resident Senior Fellow at the Center for the National Interest. The views expressed are their own.

Earlier this month, largely unnoticed by the international media, China took a significant step toward rendering defense systems across the globe obsolete.  On January 9, China conducted a test of its first hypersonic glide vehicle, believed to be capable of traveling at 10 times the speed of sound.

The test comes at a time of growing regional concern over Beijing’s increasingly assertive territorial claims, including the announcement in November of unilaterally declared Air Defense Identification Zone over the East China Sea.

For those China analysts that see a more ominous future ahead, such actions are not unrelated, but instead part of a concerted effort on the part of China to return the Middle Kingdom to its former glory and displace the United States from the region. And, based on public statements and writings from a variety of Chinese government sources, China seems to believe it is reaching conventional parity with other Asian states in the region.

True, some argue that China is deluding itself, contending that Chinese naval forces are not even a match for the Japanese Navy, much less the U.S. Navy. The same could be said of Chinese airpower. Yet the reality is that China likely has no intention of matching Japan or the United States ship for ship and plane for plane.

More from GPS: China takes the gloves off

While China is trying to build an expeditionary navy, the strength of its forces is rapidly shifting toward ballistic missiles and other asymmetric capabilities. And, as the hypersonic glide vehicle test demonstrates, China is getting extremely good at building them. For example the DF-21D, a so-called “carrier killer” missile, has an estimated range of about 900 miles, and could make it virtually impossible for the U.S. Navy to get close enough to the Chinese coastline to intervene, for example, in a Taiwan contingency.

More optimistic China watchers suggest that none of this is anything to worry about, pointing to the economic interdependence of China and the United States as evidence. Whether it is analysts arguing that China has enormous leverage because of the size of the U.S. debt to China, or those suggesting that China actually needs its second largest trading partner more if it wants to continue growing, many believe there is just too much at stake economically for the two sides to come to blows.

And yet, recent Chinese moves threaten to destabilize Asia, and by extension America’s significant economic interests in the region. China, it seems, is intent on continuing to push forward with its military interests while betting the United States will try to keep economic relations separate.

Is this plausible? Recent experience suggests that China’s government may be right, and Beijing may be able to push the envelope further and further. After all, the great powers have not engaged in open conflict since World War II.

But this view is far too complacent and is actually a misreading of history over the past six decades. Remember, although tensions between the United States and Soviet Union did not break out into open conflict, the Cuban Missile Crisis is but one example of how the Cold War left the world a miscalculation or two away from nuclear catastrophe.

And even short of that, it’s important to remember that shots were indeed fired by both sides. In fact, during the Cold War, the United States lost 15 aircraft to Soviet interceptors, and downed three Soviet aircraft. While tragic, these instances did not lead to World War III. The question, though, is whether China will have drawn the lesson that a naval or aerial engagement or two that helps push it closer to its territorial goals might be a risk worth taking?

Meanwhile, counterintuitive as it may sound with China having tested a nuclear delivery capable glider, Beijing may actually believe that it will be able to consolidate its strategic position by opposing nuclear arms.

In October, Wu Haitao, Permanent Representative of China to the Conference on Disarmament, called upon the international community to advance the cause of nuclear disarmament.

“Countries with the largest nuclear arsenals should continue to take the lead in making drastic and substantive reductions in their nuclear weapons,” Wu said. “When conditions are ripe, other nuclear-weapon states should also join the multilateral negotiations on nuclear disarmament. Nuclear disarmament should stick to the principles of maintaining global strategic balance and stability and undiminished security for all. The development of missile defense systems that undermine global strategic balance and stability should be abandoned.”

Such rhetoric is self-serving, and the United States should reject the efforts of the Global Zero crowd. The reality is that further reductions in the United States’ nuclear arsenal, much less unilateral disarmament, are only likely to encourage not just further Chinese aggression, but provocations from other actors, including North Korea.

Secretary of Defense Chuck Hagel actually had it right when he argued recently that we need to modernize our aging nuclear forces. While neither a new arms race nor a new Cold War is desirable, America should certainly not encourage the Chinese to commit nuclear blackmail because we abandoned the thing most likely to deter a major conflict, an eventuality that could easily result from the downing of a plane, never mind the sinking of a vessel by a “carrier killer” missile.

“[C]ertainly the nuclear component of our defense capabilities – the deterrence capabilities that nuclear gives us – and as I have said in the past and believe firmly, that nuclear deterrence has probably had a lot to do with keeping peace in the world since World War II,” Hagel said earlier this month. “No World War III…we've had wars, but none on the scale of what we saw in the first half of the 20th century.”

In order to ensure a peaceful future for the Asia-Pacific the United Sates must do more than pay lip service through talk of a pivot to the region. Instead, it needs to make clear to China that the United States will not abandon the tools that have helped underpin prosperity in Asia, and that it will stand firm – and beside is allies in the region – to ensure continuing stability.

China’s peaceful rise is in every nation’s interest. The United Sates must make sure that Beijing understands unnecessary provocations put such promise at risk.

Next entry »Rouhani: Coming months in Iran will be 'comparatively better'
« Previous entryWhat I'm reading: Should Russophones back Ukraine protests?