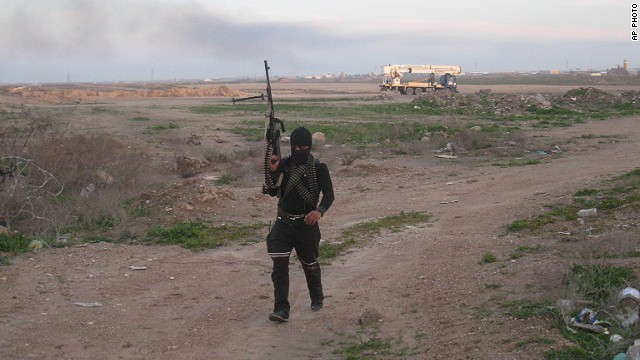 Iraq picture may not be as bleak as it seems

By Ben Connable, Special to CNN

Editor’s note: Ben Connable is a senior international policy analyst at the nonprofit, nonpartisan RAND Corporation. The views expressed are his own.

Over the past month, al Qaeda affiliated Islamic State of Iraq and Syria (ISIS) has made a concerted effort to seize the Iraqi cities of Ramadi and Fallujah. Images of armed militants roaming the streets have generated widespread concern that Anbar Province – the heart of Sunni Iraq – is once again sliding into chaos. But while the danger in Anbar and Iraq more generally is real, understanding the threat there requires historical context and objective analysis. Indeed, both Iraqi and U.S. policy leaders should see opportunity as well as danger in the reported chaos in Anbar.

The danger, while sensationalized, is nonetheless a reality. An ISIS victory in Anbar against Nuri al-Maliki’s government, and its increasing power in rebel-held Syria, raises the specter of a resurgent al Qaeda in the heart of the Middle East. Some believe that al Qaeda’s actions might fan the flames of a burgeoning regional sectarian war between Sunni and Shia. Under this view, sectarian conflict in Iraq – fueled in Syria – might widen and lead to greater instability in much of the Middle East.

On the surface, at least, Anbar looks like an evolving disaster. And the daily reporting from Anbar certainly paints a grim picture. However, a more careful analysis reveals some exaggerations in reporting. At various times over the past month, ISIS fighters have taken control over parts of both Ramadi and Fallujah. They have rebuffed negotiations and defeated some Iraqi military and police efforts. But has ISIS seized, or controlled the two largest cities in Anbar Province? Evidence to support this claim is insufficient and conflicting. Most of the areas reported to be under ISIS influence are the same areas that supported al Qaeda from 2004-2006.

The ISIS attacks have received a lot of attention, but ISIS does not represent a majority of Iraqi Sunni in Anbar. Many Sunni Anbari leaders continue to reject al Qaeda. Some have even openly, if reluctantly, made temporary accommodations with the Shia-led Iraqi government to help expel ISIS from Anbar. ISIS is in Anbar, but it does not control Anbar.

More from GPS: Why Iraq is in turmoil

And while ISIS is portrayed as a monolithic, ideologically driven affiliate of the transnational al Qaeda organization, it is not at all clear that every member of ISIS now in Anbar is ideologically driven or particularly loyal. Doubtless some are zealots; suicide bombings attest to their motivation. But divisions certainly exist in ISIS as they do in virtually every institution or group in Iraqi society, including the Iraqi Army and Police.

Such divisions in ISIS might be exploited. Internal divisions undermined al Qaeda in Iraq (AQI) during the U.S. war and contributed to its defeat. From 2004 through 2008 AQI liked to portray itself as a unified, ideologically pure insurgent group. However, in practice it consisted of thousands of individuals with varying identities. Many were criminals who used the AQI name to help further their illegal enterprises. When the Sunni Anbaris revolted against AQI, it shattered.

Still, there are numerous reasons to be concerned about the situation in Iraq today. The end of the U.S. war in 2011 did not end Sunni disenfranchisement and it did not bring enduring stability. The northern Iraqi city of Mosul, where the United States thinned its forces in 2006 to reinforce Ramadi, is increasingly unstable. If there is a Sunni revolt in Anbar, the Iraqi Security Forces (ISF) are no better positioned to conduct counterinsurgency there than the United States was in 2003. A full-scale ISF counterinsurgency campaign in Anbar could be disastrous. Clearly some of the more extreme militants in Syria envision a broader war that would spread across the Levant and Iraq. Iraq may yet fail and it may become the focal point for a broader sectarian war.

More from CNN: Hawks are deluded about Iraq

Yet while the prospects for long-term, national-level stability in Iraq are not good, predictions of imminent disaster in Anbar should be viewed with caution. Reporting from Iraq is notoriously exaggerated. The ISIS attacks are concerning, but continuing rejection of al Qaeda by some Sunni is encouraging. And hidden in the complex layers of the Sunni Iraqi polity and leadership is an opportunity for al-Maliki, the Iraqi Sunni, and the United States.

Iraq’s prime minister should be commended for his mostly cautious approach in Anbar, and he should be encouraged to view the ISIS attacks as a chance to engage more directly with all Sunni leaders. There may be no permanent fix to the Sunni-Shia divide in Iraq, but more near-term cooperation from the Sunni elite may help reduce instability in Anbar to manageable levels. This temporary cooperation could even open the door for a deeper engagement that would benefit both sides. Any sign of even limited cooperation between Sunni and Shia Iraqis would help reduce support for ISIS.

U.S. policy is to provide additional weapons and, possibly, some training to the Iraqi military. This will strengthen the ISF, but may encourage aggressive ISF military action in urban areas, action that may alienate rather than help co-opt Sunni leaders. Reinforcing the ISF gives some Sunni leaders the mistaken impression that the United States wants to help Shia’ to fight Iraqi Sunnis. To avoid alienating these former Sunni allies the United States should therefore consider providing overt non-lethal aid and intelligence to the Sunni Anbaris who oppose al Qaeda. Even limited U.S. engagement with Sunni leaders would demonstrate good will and reduce a growing sense of Iraqi Sunni disenfranchisement.

With or without lethal aid, that is a policy worth considering now.

Next entry »What graying world can teach America
« Previous entryRouhani: Coming months in Iran will be 'comparatively better'