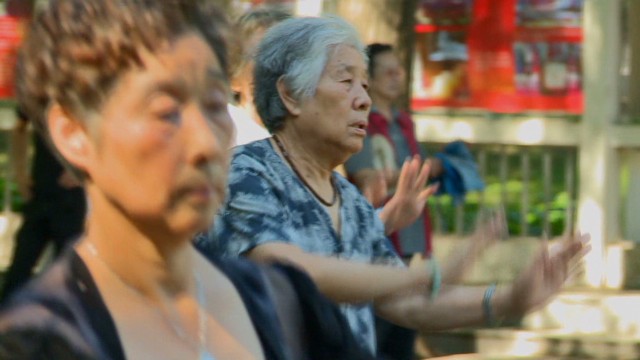 What graying world can teach America

The inexorable aging of the U.S. population has been one of Washington’s rationales for raising the retirement age, reforming health care and cutting the government deficit and debt. Continuing policy debates driven by fears of the economic consequences of a graying society are almost inevitable.

But the fiscal and societal burdens of an aging America are far from unique. Indeed, when it comes to getting older, Europe and increasingly much of Asia face a far more challenging future in which there is a mismatch between demographics and slowing economic growth. Compounding the problem in some nations is public opinion, with expectations of government often out of synch with projected economic growth and the ability of states to foot the bill for their aging populations.

In 2010, 13 percent of the U.S. population was age 65 or older. By 2050, that proportion is expected to grow to 21.4 percent, according to estimates by the United Nations. But notable as those numbers are, they are even more dramatic in Europe – Spain’s retirement age population is expected to grow by about 17 points, to 34.5 percent, while Italy’s elderly population may increase by 13 points to 33 percent. Germany’s 65 and older population, meanwhile, is likely to expand by 12 points, to almost 33 percent.

Asian nations face even more daunting aging trends over the next few decades. In South Korea, those 65 and older are expected to make up 35 percent of the population, up by 24 percentage points, while China’s elderly population is likely to grow by about 16 points, to 24 percent. Japan, for its part, is projected to have the grayest population of all, with 37 percent being 65 or older, a rise of 13.5 points from 2010.

Faced with such formidable increases, publics in some of the most rapidly aging societies are far more likely than Americans to look to their governments to take care of them in their old age. Just 24 percent of Americans say that the government should bear the greatest responsibility for people’s economic wellbeing in their old age, according to a new Pew Research Center survey. In contrast, 56 percent of Italians, 55 percent of Spanish, 47 percent of Chinese and 36 percent of Japanese look to government as their principal caregiver in their twilight years.

Yet such expectations may face real fiscal constraints. In 2050, Italy is expected to spend 16 percent of its Gross Domestic Product (GDP) on public pensions, according to estimates by the International Monetary Fund. For Spain, the figure is 15 percent, while for Germany it is 13 percent. Difficult tradeoffs between pension outlays and other public spending may prove inevitable.

A number of Asian societies face similar – if not greater – challenges because their spending on the elderly, as a proportion of their economies, is expected to grow even faster.

South Korean public pension expenditures could grow from 1.7 percent of GDP in 2010 to 12.5 percent by the middle of the century, while Chinese outlays could increase from just over 3 percent to 10 percent of GDP. Such outlays raise the specter of tensions over competing priorities as countries are forced to reallocate resources.

This relatively lower share of public expenditure on pensions is attributable to a number of factors.

For a start, European populations are aging faster and their economies are growing slower. Populations in key Asian countries, meanwhile, are aging faster, in part because of lower birth rates and also because of almost non-existent immigration. In addition, U.S. Social Security payments are often less generous than the public pensions offered in many European nations.

But while this explains some of the global differences in anticipated spending on the elderly, it does not reconcile the mismatch between public expectations and fiscal realities. Americans do not expect much government support in their old age and Washington is likely to deliver relatively less.

Whether expectations reflect anticipated spending or whether likely outlays are a product of relatively low expectations is something of a chicken and egg debate. What is clear is that public attitudes and expected government support are in rough alignment in the United States. This is not the case in a number of other aging societies, where expectations are high, spending as a portion of the economy and spending increases are likely to be greater than in the United States – and the ability to pay for such outlays remains an open question.

A relatively small shift in spending priorities to support a slowly aging population has already fueled deeply divisive political debates in the United States. There is no telling quite what the political consequences will be in Europe and Asia for the much more dramatic shifts on aging and pensions outlays that these two continents are facing.

Topics: Asia • Demographics • United States
Next entry »On Iran, compromise is needed
« Previous entryIraq picture may not be as bleak as it seems

Next entry »On Iran, compromise is needed
« Previous entryIraq picture may not be as bleak as it seems