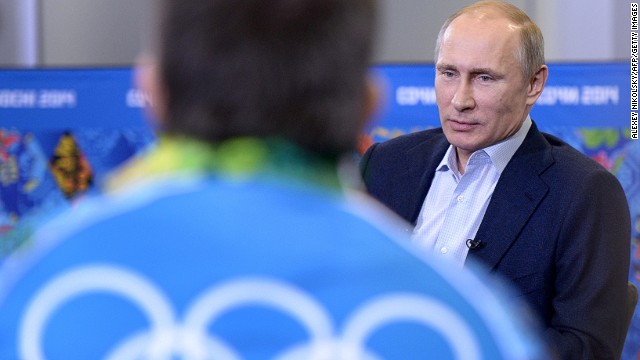 World should watch Russia after Sochi

By Kenneth Yalowitz and Matthew Rojansky, Special to CNN

As international attention focuses on the Sochi Winter Olympics, the big question is whether security will hold, even with Russia's draconian response, which has included bringing in more than 30,000 additional troops and police, sealing off the city and closing nearby international border crossings to try to counter Islamist insurgents’ threats to attack the games themselves. Yet whatever happens in February, Sochi will have longer term implications for Russian politics, society and its economic fortunes.

President Vladimir Putin has been unabashed in connecting his own personal prestige with the efforts to make Russia's first post-Soviet Olympics a success. And if the games proceed without incident, and the newly built infrastructure works, Putin will have another major accomplishment to add to his list of recent wins in Syria and Ukraine. A successful Olympics might also bolster support among ordinary Russians and non-Western observers for the Kremlin's "managed democracy."

But if major flaws and failures steal the show in Sochi, Putin will find it difficult to sidestep responsibility, and he may be faced with deepening cracks in Russia's political and economic system.

The cost of hosting the Sochi Olympics is currently expected to run between $50 billion and $60 billion, making it the most expensive winter Games ever. The Kremlin hopes that much of this investment will be recouped by making Sochi a major international winter tourist venue, to complement the appeal of the area's beachfront resorts in the warmer months. Yet reports of multi-billion dollar cost overruns fueled by corruption and shoddy construction suggest that infrastructure investment for the event may not meet expectations. Also, adequate snowfall is also vitally important, and well beyond any government's control.

Putin's political opposition at home has been at least temporarily suppressed, caught off guard by the late December amnesties and pardons that freed the Pussy Riot protest rockers, Greenpeace activists, and even former Yukos head Mikhail Khodorkovsky. But that could change if Sochi's security officials apply excessive force in the name of public safety, or if direct evidence of corruption and incompetence in managing the games proliferates through social media.

Meanwhile, the Russian economy is either in or very near recession. Most analysts agree that 2014 will see real GDP growth well below 3 percent, with some expecting closer to zero growth, thanks to falling world energy prices and stagnant Russian economic reforms. Putin has bought social stability by paying pensions and large infrastructure expenditures out of the National Welfare Fund, but cash reserves are dwindling. In this environment, Sochi's huge costs and official plundering may sap the enthusiasm of Putin's pragmatic-minded working class base.

Putin has tried to position Russia as a conservative force allied with the Orthodox Church in defending traditional family values and opposing gay marriage, but he has promised these positions will not influence Russia's conduct of the Olympics. Still, President Barack Obama and other world leaders have already declined to attend Sochi, partly in protest over the Kremlin's poor record on human rights. Once the games begin and the army of international media descends, these issues will be thoroughly aired. Putin's conservative positions are popular in Russia, but the snubs and criticism he will suffer from other world leaders could damage his carefully cultivated image at home.

Finally, the turmoil in Russian North Caucasus may be exacerbated, with or without a terrorist incident at the games. Russia has tried brute force, economic inducements, and installation of compliant local strongmen to calm the situation, but has yet to pursue a negotiated political settlement addressing the region's underlying grievances. Nationwide, the North Caucasus has become a divisive issue, with right-wing elements demanding an end to subsidies from Moscow, and others suggesting Russia abandon the region altogether. Ethnic Russians living in the area have created haphazard self-defense forces reminiscent of Cossack volunteers in tsarist times.

Unless Moscow takes steps to lessen enmity between ethnic groups in the region and the rest of Russia, events could spiral out of control. With the Kremlin's finances under increasing strain, buying off all sides is no longer an option. Russia might therefore try to scapegoat neighboring Georgia, as it did during the second Chechen war beginning in 1999, with the risk of hostilities spreading to the South Caucasus countries as well. Despite recent improvements, Russia-Georgia relations remain tense since their 2008 war.

The Sochi Olympics will surely make for good television, and Putin and Russia will enjoy sustained time in the global spotlight. Yet the real significance of this event will be felt only in the weeks and months afterwards, when Russia itself will be well worth watching.

Topics: Russia • Sports
Next entry »On GPS Sunday: A closer look at the inequality debate, and Kissinger on Ukraine
« Previous entryHow to prevent the next pandemic

Next entry »On GPS Sunday: A closer look at the inequality debate, and Kissinger on Ukraine
« Previous entryHow to prevent the next pandemic