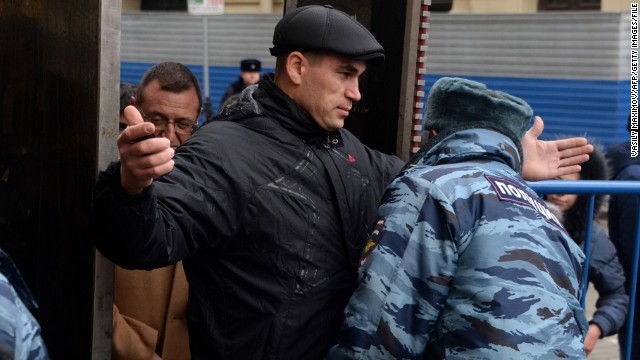 The secretive battle for Sochi

Editor’s note: Brian Michael Jenkins is senior adviser to the RAND president and the author of Al Qaeda in Its Third Decade: Irreversible Decline or Imminent Victory? The views expressed are his own.

The investment Russia has made in security to protect athletes and spectators at the Winter Olympics in Sochi is unprecedented – but so is the threat.

Doku Umarov, the leader of a shadowy group responsible for a number of recent terrorist bombings in Russia, has vowed to attack the Olympics – no holds barred. He has described the games as a “satanic dance on the bones of our ancestors.” Russian President Vladimir Putin, who is staking a vast amount of political capital on a successful Olympics, has vowed to surround Sochi with a protective “ring of steel.”

With just days until the lighting of the Olympic flame, Russian authorities have vowed to make the Sochi Games the most secure ever. They have established a wide perimeter around the city and the venues, manned by an overwhelming force of tens of thousands of police and military. Vehicles from outside Sochi are banned. Police are going door to door searching for terrorist suspects. For the first time in Olympic history, spectators are being vetted and credentialed. Equally important, though less visible, is the intelligence gathering and analysis, the plots uncovered and arrests made. This is where Sochi security will rise or fall.

Challenges abound. Sochi’s proximity to unstable regions that are home to separatist rebels and Islamic militants raises a unique set of security concerns, with the Dagestan-based group the Caucasus Emirate a particular concern. It is the Caucasus Emirate that claimed responsibility for three bomb attacks in Volgograd in October and December in which dozens were slain, and the group has continued its psychological campaign of terror, demonstrating its credibility by releasing videos of the Volgograd suicide bombers preparing for the attacks. No Olympics has ever faced such an open and credible threat.

And Northern Caucasus terrorists have experience with attacks at sporting venues. In 2004, a bomb tore through the VIP section of Dynamo Stadium in the Chechen capital of Grozny, killing Chechen President Akhmad Kadyrov and several others. A second bomb hidden in the stands failed to go off.

Individual sporting venues can be more easily protected than a city of several hundred thousand people hosting an additional 200,000 athletes, officials, and spectators. Russian authorities worry about the possibility that terrorists have prepositioned weapons or already have operatives in the city, hence the door-to-door searches. And while authorities may be able to head off a large-scale armed assault in Sochi, stopping a single suicide bomber is more difficult. In addition, Russian authorities also have to contend with the possibility that terrorists may try to carry out a dramatic attack somewhere else in Russia during the Olympics to attract media attention and embarrass Putin.

Analyzing current terror trends is important, but what should really be keeping Russian counterterrorism strategists awake at night is fear of the unknown, the kind of murderous audacity seen in 2002, when Chechen terrorists seized hundreds of hostages at a theater in the heart of Moscow – 130 people died during the botched rescue.

President Barack Obama has said he believes the Olympics will be safe. But that hasn’t stopped the United States from positioning two warships in the Black Sea, apparently to help evacuate American athletes should the need arise. U.S. transport aircraft also will be at the ready, just a couple of hours away in Germany. That’s in addition to a number of U.S. intelligence and law enforcement personnel who are likely already on the ground in Sochi, although security remains under control of the Russians.

There is a lot on the line for Russia. The Moscow Olympics in 1980 were a debacle. Coming just months after the Soviet Union’s invasion of Afghanistan, more than 60 countries boycotted the event. Sochi signals Russia’s Olympic comeback. With the world watching, it can ill afford to be seen as being at the mercy of terrorists.

Russia seems to be taking prudent steps to make the games the safe and secure display of athleticism and international good fellowship they once were. The outcome hinges on a pair of unknowns: the secret counterterrorism strategies Russian authorities have undertaken and the terrorists’ capacity for creativity and surprise.

Next entry »How the U.N. should handle South Sudan
« Previous entryWorld moving forward, and backward, on equality