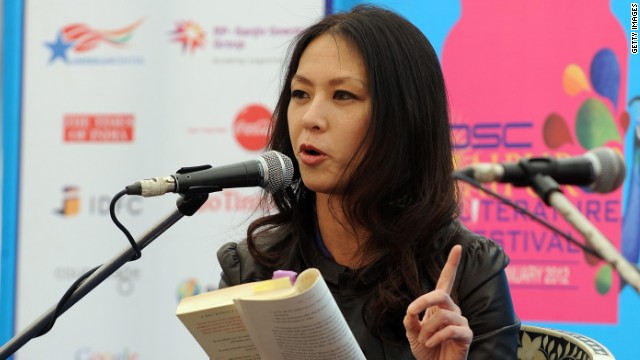 Is the 'Tiger Mom' controversy misunderstood?

GPS Digital Producer Jason Miks speaks with Amy Chua, a law professor at Yale, and her husband Jed Rubenfeld, also a professor at Yale, about their new book ‘The Triple Package: How Three Unlikely Traits Explain the Rise and Fall of Cultural Groups in America,’ and what it means to be a Tiger Mom. Watch Fareed’s interview with Chua and Rubenfeld this Sunday at 10 a.m. and 1 p.m. ET on CNN.

Your 2011 book, The Battle Hymn of the Tiger Mother, sparked an intense debate with its look at the differences between Chinese and Western parenting. What are the key characteristics of a Tiger Mom?

Chua: I would say extremely high expectations, high discipline and definitely unconditional love. And I think high expectations are absolutely consistent with unconditional love. To me, a Tiger Mom is the opposite of a Helicopter Mom – a Helicopter Mom wants to make things easier for her kids, and I think a Tiger Parent is actually thinking about strengthening the child for the future. And so it’s kind of a long term project, and often it can feel like actually putting obstacles in front of your child, whereas a Helicopter Parent is someone who is wanting to do everything for their child. A Tiger Parent is basically saying “Let me put some obstacles in your way so you can train, so that when you go out into the real world, it will be easier.”

Is there a Tiger Dad?

Rubenfeld: I know it’s a cliché, but I think as a father I was very interested in communicating to the kids that they should challenge authority, think for themselves, not just accept or do what everyone else around them is doing or saying. I think this is an interesting contrast with my wife’s approach, but maybe there was something beneficial about the combination.

Chua: Yes, the best of both worlds. It might have been that combustible combination of him saying to challenge authority all the time, and to question everything, worked with my more high discipline approach.

Battle Hymn of the Tiger Mother created a lot of controversy. Were you surprised at the reaction? Do you think some readers misunderstood the points you were trying to make?

Chua: Well first of all, the book was meant to be a funny, almost farcical or satirical pseudo memoir. That is, it was all true, but it was also filled with exaggeration. I mean, I have my dogs talking in it. So to me it seemed obvious that it wasn’t an academic book. And it also has a real arc to it – if you read to the end you see that my younger daughter rebels, and so I am confronted with all these important questions. And I actually pull back.

So yes, I was very startled to see people taking the book as a sort of parenting manifesto, which it wasn’t. And in retrospect I think the book tapped into two of America’s deepest anxieties – fear of parenting, and fear of China. And this was partly because there was a headline slapped on to an excerpt in a newspaper that said “Why Chinese Mothers are Superior,” which is something I absolutely do not think and didn’t write. But that really started the firestorm.

So that book and your new one, The Triple Package: How Three Unlikely Traits Explain the Rise and Fall of Cultural Groups in America, should be treated quite separately?

Rubenfeld: Yes. In some ways they are polar worlds apart, although they do have some overlapping topics. So this is not a memoir – it is an academic work that is data-driven. Every statement in it is backed up by statistical or sociological research. For example, we draw on the United States census. And it’s also not a parenting book – that’s not the book’s focus. So in those ways it’s totally different.

But I think in a way, both books are also still about sources of strength, of motivation, character, perseverance, and how one generation transmits those qualities to the next generation. So maybe there is some overlap in that sense.

You’ve suggested that there is a problematic aversion to comparing some kinds of data, for example between cultural groups. Is this a problem, do you think, in America today?

Chua: I think it’s a terrible problem, and I actually didn’t realize it was quite this bad until this latest book. Of course I knew it would be somewhat controversial and thought provoking. But I think there’s not a single statement that we make that is not backed up by a study. So when we say that Asian-Americans have SATs scores 140 points above the average, that’s just a fact. Or when we say that X, Y and Z groups have median incomes almost twice the national average, then it’s from the U.S. census.

So I think the idea that you can’t give a statistic or say that a group is exhibiting a certain characteristic at any given point – for example, that they are studying 70 percent more hours – without being accused of chauvinism and stereotyping is a problem. And I think it’s going to make it very difficult to devise really good policies on education or poverty reduction policies. Of course we need to fix our institutions. Of course it’s not a level playing field out there. Of course the priority should be eliminating structural barriers to getting jobs. But why should it be mutually exclusive? We should also be able to look at what some cultures are doing, and if we say that this is an area that we can’t talk about, then we are tying one hand behind our back.

Rubenfeld: We’ve actually been called a lot of names because of this book, and it’s astonishing how much people are willing to misrepresent or misunderstand what we have written just because we touch on these sensitive subjects. So, for example, over and over you can find in the media the statement that we claim some groups are better than others. But we actually never say that. We simply point out that in this moment in time, some groups are doing better than others. That’s simply a matter a fact that anyone can look up. And the information comes from the U.S. Census, so are they saying the Census is racist?

We state facts in the book, and we also point out that the groups that are doing better change over time – it is very dynamic. Twenty years ago the groups would have been different from today, and 20 years from now the groups will be different again. It’s a very dynamic story that couldn’t be more opposed to the claim that some groups are better than others. In fact, among the most successful groups we note in the nation are some Hispanic and African American groups. So we’ve been accused by some of being racist, but it’s actually just the opposite – we show that racist stereotypes are wrong.

You say these books shouldn’t be treated as parenting manuals. But do you think there are perhaps any policy lessons from our research?

Rubenfeld: I would say that our research supports those like Nobel Prize winning economist James Heckman, who have shown that our education dollars are best spent when trying to help out the disadvantaged through early intervention programs, even before kindergarten. Heckman has shown that the dollars spent at that early age, when motivation can be taught, when perseverance can be taught, are actually more efficient and more effective than spending the same number of dollars at the college level.

You both say that by the third generation, achievement among different groups largely levels out. Why?

Chua: All three of what we call the Triple Package elements for success get eroded over time. So, in the case of immigrants, the first generation of immigrants often feel a sense of exceptionality – that’s the first thing in the package and it’s related to their heritage. By the time you get to their children, it is already very dissipated – they are Americans, and a lot of them, correctly, have distaste for their parents’ sense of difference and exceptionality. So by the time you get to the second and third generation, they may not relate to this at all – they can lose the language and the connection.

The third element, impulse control, erodes for the same reason. If you’re growing up in a comfortable house, you don’t fear for your survival. So why should you be so disciplined? Whys should you work all the time? So success has the seeds of its own decline within any group or arguably nation or family.

Are these elements specific to immigrants coming to the United States?

Rubenfeld: That’s something we talk about. The experience of coming to America is liberating, and it has a dynamic of almost creative destruction in respect of the cultures of the immigrant communities that come here. And one of the great effects of this can be that the kids of these immigrant parents, although they get drive and hunger and a good work ethic instilled in them, can turn around and say that they don’t want to do the things that their parents or society or culture expect them to do. This is a very typically American experience, and this is one of America’s great virtues. You see it again and again with second generation communities, breaking away from the traditional cultural restraints. And ultimately this is a wonderful thing because people are pursuing success as they define it.

Chua: Institutions are crucial. Jews who may have had the triple package in spades, but were in Eastern Europe, obviously they were not rising. And that’s because you need institutions that reward hard work and deferred gratification. So the answer to the question is that it all depends on the institution of a particular country.

Rubenfeld: Having said that, we have started to look into the possibility that immigrants in the U.K. are undergoing the same kind of phenomenon and dynamics. And interestingly, our preliminary research suggests there is a great deal of commonality.

Chua: Yes, in fact with some of the same groups – not all, but with some South Asian groups, East Asian immigrants, Nigerians – they are doing disproportionally well, including some much lower income immigrants whose children do just as well as privileged Asians and Whites.

Topics: China • Education
Next entry »Technology? We haven't seen anything yet
« Previous entryYoung and gay in Russia: Inside the making of a documentary

Next entry »Technology? We haven't seen anything yet
« Previous entryYoung and gay in Russia: Inside the making of a documentary