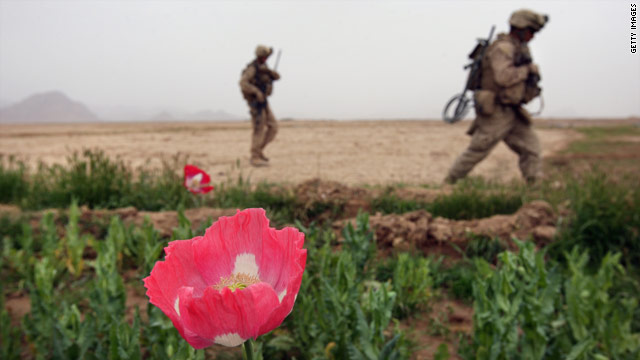 Book of the Week: War Front to Store Front

Fareed’s ‘Book of the Week’ is Paul Brinkley's War Front to Store Front. Brinkley was the Pentagon official tasked with getting capitalism going in Iraq and Afghanistan.  GPS's John Cookson spoke with Brinkley this week about his experiences, Afghanistan’s economic potential and the prospects for stability after the U.S. withdraws from the country this year.

Much of the focus in recent weeks has been on the politics of Afghanistan and on comments by President Hamid Karzai. But you say economics is the underlying issue for the country. What did you learn about Afghanistan’s economy during your time there?

We launched the mission in 2009, seven years after the Taliban had been deposed. We entered Afghanistan at the request of both the command and the embassy in Afghanistan to provide, to build and to understand what was possible economically. What was shocking about that was there was so much potential. But seven years into the conflict it was late to get started. The two areas we were most aggressively pursuing were resource development – both minerals and oil and gas – as well as agriculture.

Oil and gas and minerals had received no attention at all. And agriculture had basically been limited to provision of fertilizers and seeds, but no improvements in technologies, no improvements in yields, no effort to open markets and connect Afghan agribusinesses to international supply chains. So we immersed ourselves and launched an entire effort there to build a basis of economic stability for the country that you could then rest institutions on.

We had a good two-year push, and then unfortunately the bureaucratic machinations of Washington interfered and took the legs out of the mission. By 2011, the mission had been reduced to a small team to sustain a few projects that had already been started. But the whole economic backbone of Afghanistan remains undeveloped, which I think is a huge existential threat to the stability of that country.

What about poppy cultivation and heroin production in Afghanistan?

The things that we found that were troubling were that while we had an incredible amount of energy focused over the last decade on eradication of crops, on eliminating efforts to move raw heroin out of Afghanistan and on reducing dependence on poppy, very little was done to create alternative sources of income for farmers. So it’s no good to go in and spray someone’s crop if they don’t have anything else to grow. Or if they grow something and there’s no place to process it.  If you are telling me to grow cotton or wheat or any other commodity and there’s nobody who wants to buy it – you haven’t connected me to a chain of market access – well, then what am I supposed to do? You’re basically telling a farmer that his only source of income, which are illicit crops like poppy, sold internationally – he can’t do that, but you haven’t provided an alternative. That doesn’t work.

There’s a whole series of absurdities about our engagement in poppy cultivation in Afghanistan. As the United States, we don’t seem to be able to control the drug trade on a border country, in Mexico. How we think we can go in and punitively control a drug culture in a country like Afghanistan really mystifies me. But it has to begin with providing an alternative source of income to that farm community, and that has never been done.

What does Afghanistan need going forward?

We did manage to design and do a massive undertaking that we describe in the book. We catalogued and created an understanding in Afghanistan of where their indigenous sources of wealth exist, both oil and gas, mineral wealth, and also a lot of work on agriculture. Now, what they need is time. The country today is still totally dependent on foreign aid for its governing institutions and a lot of its economic activity. They need another, honestly, five years. But if they get the parliament and the new president to really focus on this, they need three to five years of stability for an indigenous economy to take hold and create the kind of income that would allow them to sustain their own security and their own development going forward.

My fear is that in this time of fatigue in the West – the U.S., Europe, other coalition partners – and the desire to drawn down and turn over Afghanistan without that foundation of economic stability in place you will have a fragile state. So, I’m hopeful but honestly not optimistic of that three to five years of additional stability, given how late we are in starting that fundamental work on economic development. I’m concerned that three to five years of additional stability may be too optimistic.  If they don’t have that, then I fear for the integrity of that state.​