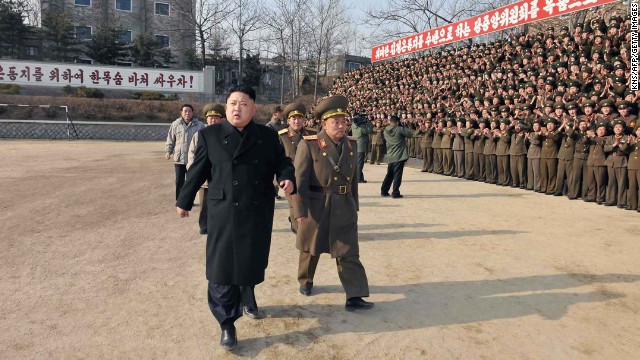 Is there any optimism in South Korea that recent conciliatory moves by North Korea, such as allowing suggestion family reunions to go forward, are a sign of a broader thawing of ties?

There's no doubt relations are thawing, but there is a doubt about how long it might last. The atmosphere on the Korean peninsula is a million miles away from last year when tensions were so high Pyongyang effectively threatened a nuclear war against Seoul and Washington. This week, though, is crucial.

Family reunions should be taking place from Thursday with dozens of families on each side meeting relatives they have not seen in over 60 years. To say these reunions are emotional is a massive understatement as many of those who want to be part of them are in their 80s and 90s and time is running out. One 82 year-old told me he felt like he had been hit on the back of the head when the previous reunions were cancelled at the last minute in September and he had to be medicated.

Pyongyang's attempts to link the reunions to politics were rejected by both Seoul and Washington who see it as a purely humanitarian issue, so the fact they will go ahead with no conditions attached has to be considered progress. But not many in South Korea see the North through rose-tinted glasses. The last reunion was held in 2010, and since then North Korea has conducted a nuclear test, rocket tests, a brutal internal purge and there has been increasingly bellicose rhetoric. Any optimism felt here in Seoul and around the region is cautious.

Some commentators have gone as far as to say that Kim Jong Un is so unpredictable that they almost miss Kim Jong Il. Is there much sense of that in the region?

I have to admit no-one has gone so far as to tell me they miss Kim Jong Il, although the succession has led to instability, which was expected. South Korean President Park Geun-hye told me last month the peninsula has never been so unpredictable, but she’s still willing to meet the North Korean leader should the conditions be right.

The bigger question puzzling commentators is just how strong is Kim Jong Un's grip on power. The execution of his uncle by marriage, Jang Song Taek, last year has some experts predicting he has now consolidated power while others believe this shows he is weaker than thought. The fact he felt the need to order the killing of a member of his family so publicly might suggest he’s still fighting to gain ultimate power. North Korea didn’t air its dirty laundry in public under Kim Il Sung or Kim Jong Il, which, analysts say, may suggest those leaders felt more secure in their power. And of course there’s the school of thought that Kim Jong Il was pushed into this by the military and felt he had to appease the all powerful National Defense Commission. As always with North Korea, there are plenty of assumptions but few facts.

How restrictive did you find reporting from North Korea? Were you able to get any true sense of conditions in the country?

I was able to leave Pyongyang for a couple of days and travel north, which is fairly unusual for foreigners. It was still very much on the tourist trail, though, so what we saw has been sanctioned. One thing that struck me was the fact every single patch of land as far as the eye could see is farmed, a surprise given the country's apparent struggle in feeding its own people.

Out of the showcase capital, people in the countryside are clearly poorer. Cars were rare, even bicycles seemed in short supply. I filmed local residents washing themselves and their clothes in the river and power cuts were frequent, although the weather was stormy. I was there during heavy rains and one of the main roads had collapsed so we had to take a back road back to Pyongyang. That was the only time I even felt close to glimpsing a snapshot of the real North Korea. We drove through a far poorer village with decrepit buildings, people in worn Mao suits walking in the streets and what appeared to be better dressed party officials on each corner watching. I was under strict instructions not to film as my military minders knew this is not the North Korea they wanted the world to see.

Is there any likelihood or hope in the region that the sort of criticism contained in the new U.N. report on human rights in North Korea will have any kind of impact on the regime's policies?

The report from the U.N. Commission of Inquiry on Human Rights was comprehensive and damning. Hundreds of testimonies, both public and private, detailed "unspeakable atrocities," evidence of torture, murder, starvation, imprisonment, forced infanticide, to name just a few. North Korea's wide-ranging and ongoing crimes against humanity, according to the report, reveal "a state that does not have any parallel in the contemporary world."

But North Korea rejected this report as full of fake material before it was even published. The chair of the Commission, Michael Kirby, had written a letter to Kim Jong Un telling him he may be referred to the International Criminal Court for crimes against humanity. He had no direct response.

Defectors I spoke to weren’t hopeful of the report making any difference within the country. The recommendation was a referral to the International Criminal Court, which requires agreement by the U.N. Security Council. North Korean ally China has a veto and has insinuated it will use it.