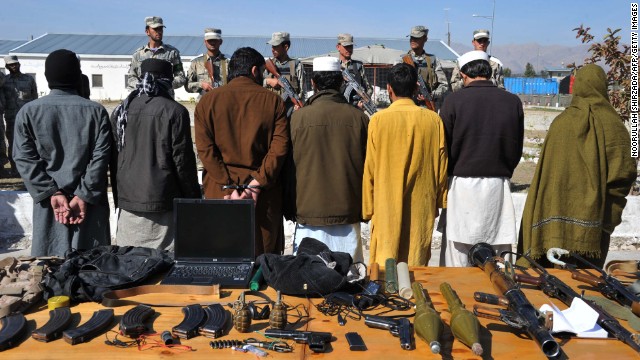 History not repeating itself in Afghanistan

By Javid Ahmad and Ahmad K. Majidyar, Special to CNN

Editor’s note: Javid Ahmad is a program coordinator for Asia at the German Marshall Fund of the United States. Ahmad K. Majidyar is a senior research associate at the American Enterprise Institute. The views expressed are their own.

Twenty five years ago this month, the last Soviet soldier marched out of Afghanistan, bringing an end to a nine year occupation that cost the lives of 15,000 Soviet troops and more than a million Afghans. With the close of the Cold War, the West lost interest in the region and Afghanistan became a proxy battlefield for subversive regional power play. Infighting between competing Afghan mujahedeen factions brought anarchy, paving the way for the Taliban and al Qaeda. And now, as the drawdown of international forces approaches, there’s growing fear that history might repeat itself.

It doesn’t have to work out the same way.

For a start, while the political system in Afghanistan is far from perfect, it enjoys far greater support and legitimacy among the Afghan people than the communist regime did in the 1980s. While Afghan presidents back then were effectively appointed by the Kremlin, Afghans today have elected their own leader – and will head to the polls in April to pick a successor to Hamid Karzai. And despite growing pessimism in the West about Afghanistan, Afghans generally remain optimistic about their future: an Asia Foundation survey last year found that a majority of Afghans (57 percent) believed their country was moving in the right direction.

The Red Army’s horrendous tactics, including indiscriminate aerial bombardments and the use of chemical weapons and landmines, provoked mass uprisings across the country, forcing five million Afghans to take refuge in neighboring countries. In contrast, civilian casualties resulting from U.S. and NATO air strikes have occurred on a much smaller scale. Indeed, insurgents have been responsible for far more civilian deaths.

Just as important is the fact that the Taliban insurgency is far more limited in scope and strength than the anti-Soviet mujahedeen. Western intelligence estimates put the number of active Taliban fighters in Afghanistan at 20,000 to 25,000 – less than a quarter of the mujahedeen fighting strength at the time of Soviet withdrawal. In addition, while the anti-Soviet mujahedeen effectively represented all of Afghanistan’s ethnic groups, the Taliban insurgency today is largely confined to pockets in the south and east. In addition, anti-Soviet guerrillas also received political and military support from the West, the Islamic world, and other countries in the region. In contrast, the Taliban-led insurgency is supported by elements in Pakistan, and to a lesser degree Iran.

Third, and perhaps most important of all, the Soviets appeared to view Afghanistan as a potential corridor for expansionist ambitions in South Asia and the Middle East and so treated the country as a client state, allowing Afghan leaders very little freedom of action. This approach stands in stark contrast with that of the United States, which is clearly attempting to establish a stable, sovereign Afghanistan and prevent the return of the Taliban and al Qaeda to the country.

Still, while the differences between the Soviet and U.S.-led engagements in Afghanistan are substantial, there is at least one element that the two conflicts share:  Pakistan. Islamabad’s role as a historic patron of the insurgency remains alarmingly consistent. In the 1980s, Pakistan, with help from the United States and Saudi Arabia, assisted in propping up the Afghan mujahedeen with weaponry, money, and sanctuaries. Fast forward to today, and Pakistan, ostensibly an American ally, appears to be engaged in a proxy conflict with the U.S.-led coalition in Afghanistan, with elements in Pakistan reportedly providing the Afghan Taliban with funding, training and shelter. The failure to act against terrorist sanctuaries in Pakistan has been one of the primary reasons for the failure to defeat the Taliban and stabilize Afghanistan.

Of course, none of this is to suggest that Afghanistan doesn’t face real and serious challenges – it does. But success is achievable if the United States and its allies are willing to support the country’s continuing development after their forces depart this year. After all, the international community paid a huge price after abandoning Afghanistan following the Soviet pullout. Let us not make that mistake again.