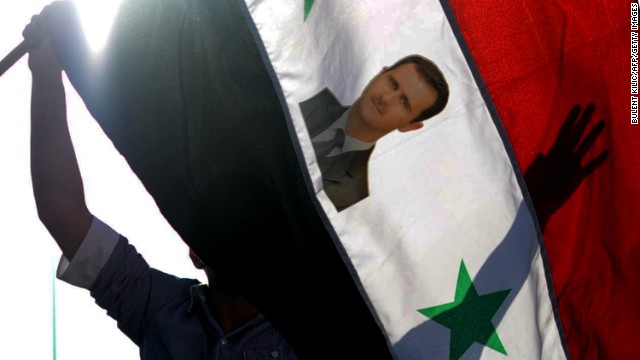 Why U.S. should care about Syria crisis

By Nader Hashemi, Special to CNN

Editor’s note: Nader Hashemi is director of the Center for Middle East Studies at the Josef Korbel School of International Studies at the University of Denver. His latest book is The Syria Dilemma. The views expressed are his own.

The moral case for why Syria matters is easy to make. The killing fields of Syria are now reminiscent of those in Bosnia. Over the past three years, we have witnessed state-sanctioned war crimes and crimes against humanity replete with chemical weapons, barrel bombs, the targeting of children, mass rape, a refugee crisis and according to a new report “industrial-scale” torture and killings. Indeed, the U.N. High Commissioner for Refugees has described Syria as “a disgraceful humanitarian calamity with suffering and displacement unparalleled in recent history.”

But a new dimension to this conflict has emerged: Syria is now a global security problem.

The Syrian conflict is destabilizing the Middle East. Lebanon has been convulsed, Iraq has been shaken and Jordan’s fourth largest city today is a Syrian refugee camp. To a lesser extent, Turkey has also been adversely affected – some 600,000 refugees are said to be currently living on the Turkish-Syrian border, and Turkey’s role in the conflict has become a major bone of contention in domestic Turkish politics.

Meanwhile, the conflict has heightened sectarian tensions across the Arab-Islamic world, fueled in part by the regional maneuverings of Saudi Arabia and Iran and their respective allies. Both are fighting to expand their regional influence, and Syria today is the key battleground for the contest.

Finally, al Qaeda has re-emerged from the ashes of the Syrian conflict. “Al Qaeda now controls territory that stretches more than 400 miles across the heart of the Middle East,” CNN analyst Peter Bergen recently observed.

This deeply troubling development has obvious implications for global security, especially for Europe and the United States.

Reports suggest that as many as 2,000 Europeans have travelled to Syria, motivated in part by the numerous atrocities of the Syrian conflict. What will happen when they return home? The potential threat is clear, and it’s a development that has huge implications for European security and domestic politics (including because this development acts as fuel for Europe’s far right, with their anti-Muslim agendas).

The dangers of the Syrian conflict have been underscored by the U.S. intelligence community. Last month, Director of National Intelligence James Clapper told Congress that roughly 7,000 foreign fighters from across 50 countries are in Syria today, most of them linked with extremist militias. He also noted how al Qaeda affiliates in Syria “have aspirations for attacks on the homeland.”

In other words, Syria is the new Afghanistan.

And the ripple effects of the Syrian conflict are being felt as far away as Southeast Asia. According to a recent report by the Institute for Policy Analysis and Conflict in Jakarta, Syria has “captured the imagination of Indonesian extremists in a way no foreign war has before,” fueling the revival of a weakened jihadi movement at home. Indeed, dozens of Indonesian are believed to have already travelled to Syria.

These trends undermine a key assumption in much of the U.S. debate about Syria, specifically that what happens over there simply doesn’t matter here – that it can be “contained” within its borders, or at least within the region. Many also argue that while the conflict is tragic from a human perspective, it does not threaten vital U.S. national security interests and so American involvement should be kept to a bare minimum.

This argument is no longer sustainable, a conclusion President Obama seems to be reaching himself. Speaking this month at a news conference with French President Francois Hollande, Obama stated that Syria is now “one of our highest national security priorities.”

But such a realization will need to be coupled with a new Syria policy, including a more active U.S. role in assisting the rebels. As The Economist argued in an editorial last month:

“[T]urning the tide of the fighting might shift the negotiations, too. If the regime is under pressure on the battlefield, it may be more willing to negotiate a proper ceasefire, or even, if people are tired of war, Mr Assad’s departure.”

Challenging the Russian position on Syria is also critical. To date, the Russians have blocked three U.N. Security Council resolutions and are now threating to veto a fourth. If Russia continues to block international action on Syria, especially on the humanitarian front, the United States and its allies should use more coercive means to ensure the delivery of aid.

It’s important to remember that the only time al-Assad has made a serious concession has been in the context of the sarin gas attack, when the threat of force produced last September’s chemical weapons agreement. There are lessons here for the future.

More broadly, however, the Obama administration needs to prioritize the question of Syria itself. Hoping this conflict will disappear simply because it has fallen out of the headlines is wishful thinking. Syria is already the biggest moral and humanitarian catastrophe of the 21st century. But it has now morphed into a major global security crisis, one that isn’t going away.

We ignore it at our own collective peril.

Topics: Syria • United States
Next entry »What I'm reading: Ukraine is not really about Ukraine
« Previous entryZakaria: Very little the U.S. can do on Ukraine

Next entry »What I'm reading: Ukraine is not really about Ukraine
« Previous entryZakaria: Very little the U.S. can do on Ukraine