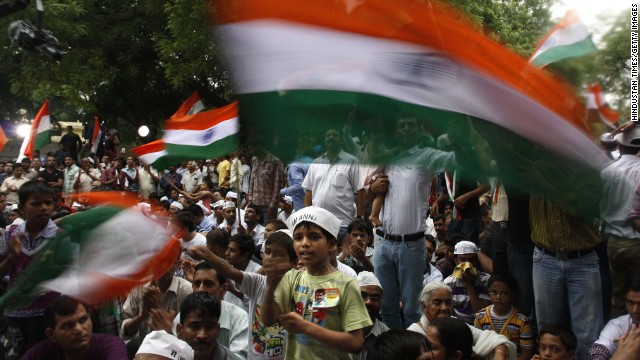 Indians dissatisfied with direction of country

Nations periodically have “change” elections. The outcome of the 1980 U.S. presidential contest, in which Ronald Reagan trounced then President Jimmy Carter, was attributable to many factors. But at the end of the day, Americans just wanted a change.

India may be heading for a similar such election when the public goes to the polls later this spring to elect a new parliament and government.

A new survey by the Pew Research Center finds that seven-in-ten Indians are dissatisfied with the way things are going in their country today. And, by a margin of more than three-to-one, they would prefer the right-of-center, Hindu nationalist opposition Bharatiya Janata Party (BJP) to lead the next Indian government, rather than the current governing coalition led by the left-of-center Indian National Congress party.

Of course, much can happen between now and election day. But the Indian public is clearly disgruntled and seems to be ready to embrace someone new.

The 2014 Indian election will select 543 members of the Lok Sabha, the lower house of the national parliament. No single party has won a parliamentary majority since 1989, so recent governments have involved coalitions of smaller regional parties led by either the BJP or Congress.

So who might they want in charge going forward? More than six-in-ten Indians prefer the BJP to lead the next Indian national government, while only a fifth picked the Indian National Congress. BJP backing is consistent across age groups, with people with a college education or more only slightly more likely to pick the BJP than those with a primary school education or less. And the BJP’s support is almost equal between rural (64 percent) and urban (60 percent) Indians.

This preference for the BJP reflects a widespread sense that the party would do a better job dealing with the many challenges facing Indian society.

There is equal faith in the BJP’s capacity to combat corruption, while only 17 percent say Congress can successfully deal with corruption. In addition, with inflation running high, limiting rising prices is a special public concern and a majority of the public says the BJP would be better at reining in inflation.

Notably, despite the Congress party’s historic roots in India’s villages and its past efforts to provide more jobs and services for the impoverished, more than half of the public say the BJP would do a better job than Congress in helping the poor, a view that held even in rural areas and among low-income Indians.

And although in recent months the Lok Sabha has been stymied by partisan disputes, the Indian public also has more faith in the BJP to end the gridlock, with 47 percent saying it is better suited than the Congress party to do so, compared with 19 percent who thought Congress had a better chance.

With more than 1.2 billion people, India is the world’s most populous democracy. And to the surprise of many its electorate threw out the BJP government in 2004. Is a similar push for change on the horizon?

The Pew survey cannot gauge the level of support for either the BJP or Congress for particular constituencies. But it certainly suggests a widespread desire among Indians for a change in leadership.

Next entry »America plays its role in a changing world right
« Previous entryWhat I'm reading: How Thailand's stand-off could end