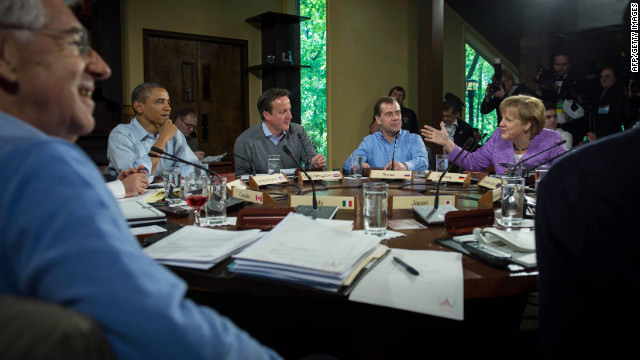 Why transatlantic ties are so complicated

​Editor’s note: Gregory F. Treverton directs the RAND Corporation’s Center for Global Risk and Security.  He is a former vice chair of the National Intelligence Council and co-author of 'Beyond the Great Divide: Relevance and Uncertainty in National Intelligence and Science for Policy'. The views expressed are his own.

The uproar earlier this month over U.S. diplomat Victoria Nuland’s profane remark about how the European Union is handling the Ukraine crisis shouldn’t distract from a simple fact – frustration with U.S. allies is often part and parcel of the job. Indeed, years ago, when I was a National Security Council staffer, we used to quip that the only thing worse than not consulting with Japan was…consulting with Japan. So it should be little surprise that frustration is bubbling to the surface now.

Nuland’s comments, for which she has apologized, were prompted by the slow European response to unfolding events in Ukraine. And while her words – secretly recorded as part of a conversation with U.S. Ambassador to Ukraine Geoffrey Pyatt – were less than diplomatic, they reflected the deepening reality that Europe does not always do exactly what the United States wants it to.

Of course, it never has. But the end of the Cold War, the expansion of the EU and Washington’s forced reliance on coalition building have made trans-Atlantic relations more of a two-way proposition.

For years, the United States held sway, even with its closest ally Britain. Historian Ernest May and I reviewed the Anglo-American “special relationship” more than two decades ago. That relationship did provide American presidents some company in a cold world and it gave Britain some access to American deliberations, access always personified by one or two high-flying young British diplomats in Washington who seemed to know as much about what was going on inside American officialdom as any American. What it did not do is entitle Britain to special consultation.

From the Marshall Plan onward, through various American initiatives and adjustments in trans-Atlantic strategy, the pattern was unbroken: allies, including Britain, were never seriously consulted in advance of U.S. diplomatic and military moves. They might be informed shortly beforehand, but the initiatives generally came as faits accomplis. The only times consultations became real were when allies wanted something specific from us or we from them – Britain and the Skybolt missile in the 1960s, the deployment of nuclear-tipped American cruise missiles on Western European soil in the 1980s.

A wise European observed in those years that the State Department’s European bureau was unique in Foggy Bottom. The other geographic bureaus mostly represented their country or regional clients in Washington. They were proto-ambassadors who sought to inject some sensitivity to the interests of “their” countries into American policymaking. Nothing wrong with that, for the foreign policy process in Washington often is so insular that it can be forgotten that diplomacy also has to do with the interests of foreign countries.

The European bureau, though, had a different mission: to assure American leadership of the trans-Atlantic alliance. To that end, it swatted down any European initiative that seemed to pose a threat to that leadership. Another quip common among officials in those Cold War days illustrates the point: American leaders liked NATO because they ran it.

But that was then. Three things have changed since, one more recently than the others. First, it is widely observed (correctly) that the end of the Cold War and the existential threat of Soviet nuclear weapons necessarily loosened the ties of the alliance. The allies no longer risked hanging separately if they didn’t hang together. The expansion of NATO further loosened the ties by adding new national interests and perspectives to the process of managing the alliance.

Second, the EU both gathered new members and spawned new institutions. This made bilateral U.S. approaches less fruitful as the EU became a much more complicated beast with which to deal. Henry Kissinger is widely believed to have asked “what’s Europe’s phone number?” For trade and monetary issues, the emergence of the EU provided a more unified voice. On security issues, however, there is no one phone number for Europe. The EU has some nascent institutions, and some capacity for diplomacy, but the individual nations still maintain the military wherewithal.

The final change is newer. When the United States seeks to assemble military coalitions of the willing, consultations necessarily have to be more real. The interests of the “willing” need to be taken into account. And the more the United States wants to stay in the background, as with the overthrow of Libya’s Moammar Gadhafi, the more it has to grant its would-be partners not just consultation but leadership. And sometimes, as with France and Mali, it finds that its allies are out in front.

​In Nuland’s case, the context of her unfortunate remarks was familiar to us cold warriors; the United States was frustrated because the Europeans were slow to do what Washington wanted them to do. Yet the wider sphere in which she and her diplomat colleagues operate – looser ties, more necessity for real consultation, and a needier American hand – is complex and frustrating. And it’s likely to continue that way.​

Next entry »What I'm reading: Can Ukraine avoid partition?
« Previous entryAmerica plays its role in a changing world right