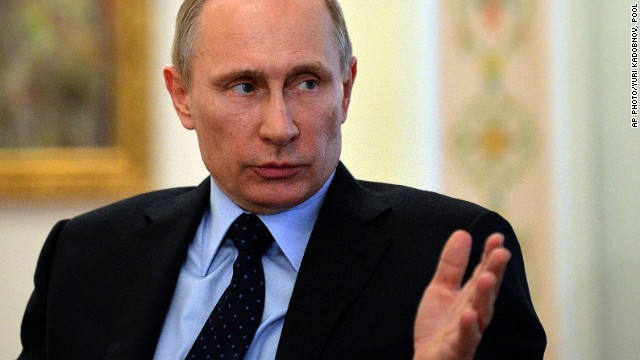 CNN speaks with Fareed about the latest developments in Ukraine and what might be motivating Russia’s policy in Crimea. This is an edited version of the interview.

The general feeling over the weekend appeared to be that Crimea is pretty well lost and that Russian President Vladimir Putin has won the day with this. Is that your take, and what happens then with regard to Ukraine?

There's no question that Russia has created these facts on the ground. They've taken over Crimea, they've sealed off the borders – right now flights out of Crimea into Kiev are now taking place from the international terminal, no longer the domestic terminal.

So they've almost created their own new country, Crimea. The question, though, is what does Putin want to do with the rest of Ukraine? Because Russia has long wanted to have Ukraine as part of its protector and sphere of influence. And the real game is going to be whether Russia tries to continue in some way to influence it. They've done it in the past for money – huge amounts of cash – and they've done it informally throughout, by the use of low price gas.

But I'm not sure that this has all been thought through. There’s this theory out there that Putin is this genius strategically playing this game. Here's what I actually think happened. I think he was watching events in Ukraine slip out of control, this country that Russia has dominated for 300 years, but couldn't do anything about it because it was happening during the Sochi Olympics. And so Putin is sitting there seething, watching this country escape his grasp.

The minute the Olympics ends, he scrambles to figure out what to do, and he improvises brilliantly and has been able to detach Crimea. But he hasn't figured out what he's going to do about Ukraine, and the Ukrainian people are increasingly becoming anti-Russian and have watched this Russian takeover of Crimea with great apprehension.

What’s also happening is all the other neighbors are watching – from the Poles, the Baltic states, and also countries like Kazakhstan. The countries around Russia. And remember, there are 25 million to 30 million Russians who live in all these other countries, so imagine if you are the president of say Kazakhstan, and you're watching this news. You say, "Gosh, if Putin doesn't like what I'm doing, he's going to stir up secessionist movements in all my country."

So Putin has a lot on his hands and I don't think this is as much a plan as a lot of improvisation.