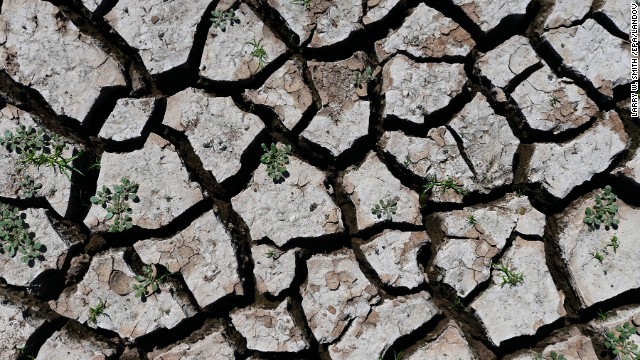 Are more food protests around the corner?

By Evan Fraser, Special to CNN

Editor’s note: Evan Fraser holds the Canada Research Chair in Global Food Security at the University of Guelph and is the author of Empires of Food.  You can visit his website here. The views expressed are his own.

This week’s headlines may have been dominated by the search for the missing Malaysia Airlines passenger plane, but three seemingly unrelated stories that have developed over the past week might have much broader and long lasting implications for the international community.

The first story is that of the terrible drought that is currently affecting large parts of the Middle East. According to U.N. analysts, two thirds of the arable land in Syria, Lebanon, Jordan and the Palestinian territories are now extremely dry, and the United Nations is expected to declare the winter of 2013-14 the worst in terms of rainfall in decades. This will almost certainly prompt many countries in the region to turn to international wheat markets as a way of compensating for local production shortfalls.

This leads to the second story, namely the escalating crisis in Ukraine, which is significant for two reasons. First, if tensions between Russia and the West continue, it seems increasingly likely that trade sanctions against Russia will be imposed.  Second, the disruption in Crimea could affect Ukraine's ability to export wheat since the Crimean region is a major route by which eastern European grain arrives on international markets.

As a result of all this, commodity traders are starting to question whether the developments of the past few weeks threaten the ability of both the world’s fifth largest exporter of wheat (Russia) and the world’s eighth largest wheat exporter (the Ukraine) to keep supplying the global food system.

This leads to a third story, tied to a report released by the United Nation’s Food and Agriculture Organization on March 6. In the report, the FAO noted that global food prices had jumped 2.6 percent since January, the sharpest increase since mid-2012. As a result, the FAO report raised an obvious question: if the Middle East turns to international markets for wheat, will it be able to afford what is available? The question is especially relevant considering some recent history: Back in 2010, Russia experienced a serious drought, and the Kremlin decided to ban international wheat exports, which in turn sent prices spiraling, sparking food protests around the world. Today, this food price shock is seen as one of the catalysts for the Arab Spring.

These three stories are already combining to spook commodity markets.  On March 3, wheat futures jumped 4.6 percent, their biggest one-day gain in almost 2 years a rise some commentator are already linking with rising prices for food in Europe.  With this in mind, it’s easy to see how 2014 could herald a return to the kind of food price volatility and associated political and economic turmoil the world witnessed in 2008 and 2011.

History, of course, is littered with examples of how environmental and political factors have collided to upend established orders. It was no coincidence, for example, that the French Revolution came on the heels of major crop failures and that protests first emerged in Paris’ marketplaces as the public grew increasingly angry over the price of food. Similarly, the economic woes wrought by the Great Depression in the 1930s were compounded by the devastating impact of drought and the Dust Bowl, which forced millions of U.S. farmers to leave their land. This confluence of domestic and international events in turn helped pave the way for the development of the country’s social programs.

It is clear, then, that major change can emerge from the intersection of political and environmental disruption, a fact that should give policymakers and leaders pause for thought as they survey recent developments in the Middle East. In the meantime, though, many in the region will be left wondering over something much more immediate: Where their day’s bread will come from – and whether they can afford to put food on their table.