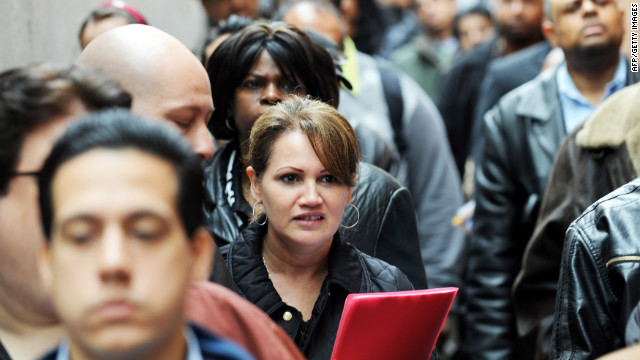 How to save the American Dream

By Rep. Alan Lowenthal and Michael Shank, Special to CNN

Editor’s note: U.S. Rep. Alan Lowenthal (D-Calif) serves on the House Foreign Affairs and Natural Resources Committees.  Michael Shank is associate director for legislative affairs at the Friends Committee on National Legislation and a senior fellow at the JustJobs Network. The views expressed are their own.

The partisan picking apart of last month’s Congressional Budget Office report on the minimum wage – and the debate over its impact on employment – was just the latest missed opportunity to find bipartisan solutions for this country’s problems. Sadly, in this case, the failure strikes at the very heart of the American Dream – economic mobility.

Despite what many Americans assume, the United States actually has some of the lowest and longest-stagnating rates of economic mobility in the rich world – significantly lower than many European countries. This fact should be of concern to both Democrats and Republicans as it hinders this country’s economy.

How has this happened? For a start, the minimum wage has lost much of its purchasing power, and hasn't kept pace with inflation. Indeed, the minimum wage, adjusted for inflation, is lower now than it was in the late 1960s, while wages at the bottom end of the scale have fallen in recent decades, even as worker productivity has grown.

That’s a serious problem.  The current federal minimum wage, at $7.25 per hour, makes economic mobility nearly impossible for many Americans as it means that a full-time minimum wage employee earns only around $15,000 in annual salary.  Try buying a house or sending your kids to college on that. Just as sobering is the fact that this is just a few thousand dollars higher than the 2012 poverty threshold for an individual ($11,945).

That is why the CBO report was so noteworthy.  The report says that raising the minimum wage above $10 per hour positively impacts a full 15 percent of the nation’s workforce – all of whom would see wages rise under the proposal.  It would, as noted in the Washington Post, directly benefit "the 16.5 million Americans who currently earn less than $10.10/hour," while "another 8 million workers, whose earnings hover above that level, would also benefit." And it would bring nearly 1 million Americans out of poverty.

From a social mobility, American Dream, and economic productivity perspective, this is significant.  Add to that the resultant earnings for low-wage workers, which would total $31 billion. This extra income would be invested back into the economy, thus helping to create new jobs and spurring additional economic productivity.

True, it is important to note that the CBO noted that raising the minimum wage to $10.10 could result in some job losses, a number they estimated to be “about 500,000” by the second quarter of 2016. But the nuanced report admitted up front that predicting job loss is a complex process and cautioned, “that the (500,000) estimate was imprecise, with the job losses likely to fall in a range from practically nothing to one million.”

Either way, there is surely enough here to inspire any policymaker to take note. But there is another aspect of this minimum wage conversation that isn’t being discussed, but one that has clear economic implications if not addressed.

America’s yawning income gap between the haves and the have-nots – the largest gap since the Great Depression and one of the greatest gaps among industrialized nations in the rich world – is costing our economy in countless ways, as it has become increasingly difficult for Americans to get ahead, get insured, get educated and get a job.

Our country’s penchant for income inequality is not financially sustainable, let alone morally excusable or philosophically justifiable by economists who claim this to be an inherent part of the system because societies with greater income inequality consistently struggle with social and health problems, problems that ultimately end up costing society even more.

In other words, the bigger the gap between a nation's rich and poor populations, the greater dysfunction in that nation's society.  Taxpayers end up paying for that dysfunction and its impact on the community, whether in higher police costs, hospital costs, court costs, prison costs, or other costs.

By reducing income inequality, you reduce the rates of every kind of social malaise that are draining our federal, state and local budgets and services. Eradicate both and you have a certain moneymaker for America.

This is why an improved minimum wage is so important.  And while it won’t immediately fix the problem of 50 million Americans living in poverty and another 100 million living on low incomes, it is still a critical step forward in making America more socio-economically mobile and more Dream-worthy.

We recognize that there is no one single answer to this challenge. Improving education and job training programs is essential. Making sure the working poor have access to health care and childcare is important, too. All of this is more affordable when wages are stronger.

Topics: Economy • Inequality • United States
Next entry »On GPS this Sunday: How worried are Russia's neighbors about its Crimea moves?
« Previous entryWhy human rights sanctions could work with Iran

Next entry »On GPS this Sunday: How worried are Russia's neighbors about its Crimea moves?
« Previous entryWhy human rights sanctions could work with Iran