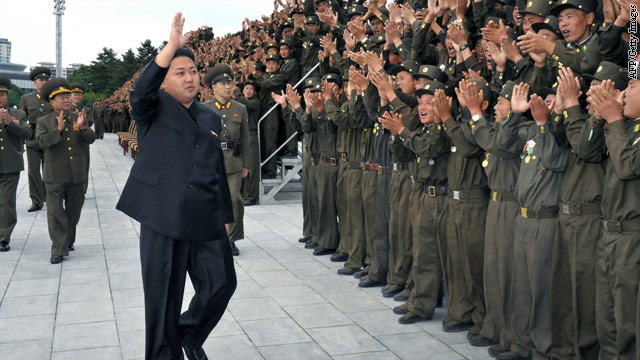 Time for world to work together over North Korea atrocities

Editor’s note: Salil Shetty is secretary general of Amnesty International. The views expressed are his own.

The resounding victory for Kim Jong  Un in North Korea’s parliamentary elections this past week reflects the  “absolute support” of people in the country, according to state media.

However, it’s doubtful such support includes the  hundreds of thousands of people – including children – that languish in  political prison camps and other detention facilities. Or those that have been the victims of  crimes against humanity as documented in a chilling U.N. report made  public last month.  Indeed, the  U.N. Commission of Inquiry report was unprecedented, stating: “The  gravity, scale and nature of these violations…does not have any parallel  in the contemporary world.”

When  the full horror of the atrocities committed by North Korea against its own citizens was laid bare, support for the  Commission’s comprehensive findings was swift among many in the  international community. But such statements of support will not bring  to an end the systematic torture, executions,  rape, or forced labor inflicted upon North Koreans by their own  government. Nor will it ensure those responsible for these crimes  against humanity are brought to justice.

With  Pyongyang refusing to even acknowledge that such crimes are taking place, the international  community’s tough rhetoric needs to be matched by genuine action.

The  first test comes Monday in Geneva, when the Commission of Inquiry’s report is formally presented at the U.N. Human  Rights Council. A strong resolution needs to be adopted sending a clear  message to Kim that the Commission’s recommendations will be acted upon  and not kicked into the diplomatic long-grass.

However,  with China, Cuba and Russia having taken seats on the Council in January, the consensus that established the Commission  of Inquiry last March is by no means guaranteed going forward.  The  reality is that some states are prepared to turn a blind eye to the most  horrendous human rights violations on the pretext of a so-called principled position.

China  and other countries’ refusal to cease the unlawful practice of forcibly returning  people to a country where they face persecution, torture and death is  shameful. But the Commission’s authoritative report represents the best  opportunity in years to increase pressure on North Korea to address the grave violations. The international community  will have failed the millions of people whose suffering is unimaginable if political wrangling once again obstructs effective action.

U.N. Secretary General Ban Ki-moon can also act by referring the Commission’s report to the Security Council as a matter of urgency. Human  rights have been the elephant in the room at the Security Council, with the United States,  China and others focused instead on North Korea’s nuclear program.  Meanwhile, insufficient attention has been given to the enormity of the  grave violations taking place. Human rights must now be placed center stage when the Security Council considers peace and  security on the Korean Peninsula.

There  are other ways the U.N. system can act. Agencies that operate in North Korea, such as UNICEF and the World Food  Programme, can play an important role by better addressing human rights  concerns through their work. Such action has the potential to deliver  immediate tangible results.

With  North Korea having dismissed the Commission’s findings, the onus is on all other U.N. member states to ensure its  recommendations are taken forward, including ensuring those responsible  for crimes against humanity face justice.

It  is only through such coordinated action to end the “systematic, widespread and gross human rights violations” that the  international community can demonstrate its absolute support for the  people of North Korea.

Topics: North Korea • United Nations
Next entry »Why negotiations can get so tricky
« Previous entryOn GPS this Sunday: How worried are Russia's neighbors about its Crimea moves?

Next entry »Why negotiations can get so tricky
« Previous entryOn GPS this Sunday: How worried are Russia's neighbors about its Crimea moves?