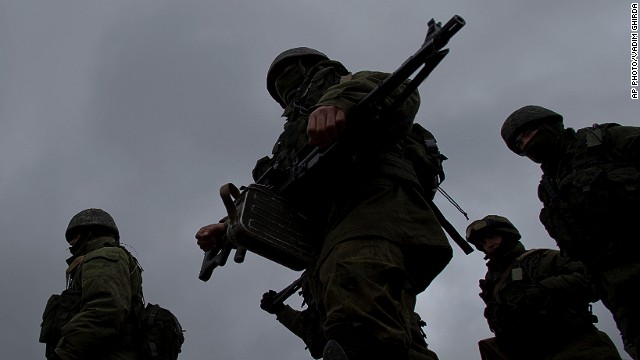 How West can respond to Russia's aggression

Editor’s note: GPS asked Jane Harman, director, president and chief executive officer of the Woodrow Wilson International Center for Scholars, for her take on Russia’s annexation of Crimea and how the United States and Europe should respond. The views expressed are her own.

Many of us have said for years that terrorists have attacked us asymmetrically, where we are weakest.  We've also said that they only have to be right once, whereas we have be right 100 percent of the time.

Well, apply that to Ukraine. Putin found Ukraine’s weakest point and exploited it. Russia inserted a trained covert force in Crimea quickly against Ukraine’s small military force and ineffective government. The Russians were strong, the Ukrainians were weak.

The response of the West should be to use our own comparative strength against Russia’s weakness. We have a strong economy and a robust energy future. Their economy is riddled with corruption and depends on Russia being a gas station to Europe and elsewhere.

We have to rein in Putin to prevent him from further aggressive actions. Here’s a four-point potential roadmap:

Targeted sanctions: The Obama administration, European Union and Canada have made a good start in putting sanctions on senior Russian officials. They can do more by imposing international sanctions modeled after those imposed on Iran. President Obama just authorized sanctions on investments in Russia’s energy and industrial sectors as well as Russian bank activities around the world. But if and when imposed, they may not cover holdings by oligarchs outside Russia. Expect pain for some U.S. companies operating in Russia, the high priced condo markets in London and New York and restaurants in the South of France that many of Russia’s oligarchs frequent. But done right, this could be a game changer well worth the short term sacrifice.

Help Ukraine elect competent leaders in May: A new transparent, competent and pluralist government must make it clear that Russian-speaking Ukrainians are welcome in Ukraine. The new government should qualify to receive desperately needed economic aid from the U.S., E.U., the International Monetary Fund and others. Congress must stop partisan wrangling and pass the $1 billion in aid for Ukraine.

Complete negotiations on the Transatlantic Trade and Investment Partnership: The trade agreement that’s being negotiated between the European Union and the United States should be passed, as should Trade Promotion Authority to ratify it.  This matters because it would facilitate trade in all sectors – including energy – by standardizing regulations. Stronger U.S.-EU economic ties will reduce Putin’s leverage in the region.

Consider an energy bargain: New York Times columnist Tom Friedman has a smart idea: get Republicans and Democrats to agree to environmentally safe extraction, transportation and export of gas, in addition to development of renewables.  Get Europe to look to North America instead of Russia for energy.

Putin hasn't learned Colin Powell's Pottery Barn rule: You break it, you own it. He now adds Crimea's broken economy to Russia's. The West needs to be tough and smart, which means we need to exercise our asymmetric power against him.

Next entry »On GPS Sunday: Will robots take our jobs? And the rise of 'ultimate human performance'
« Previous entryTurkey's political crisis undermining democracy