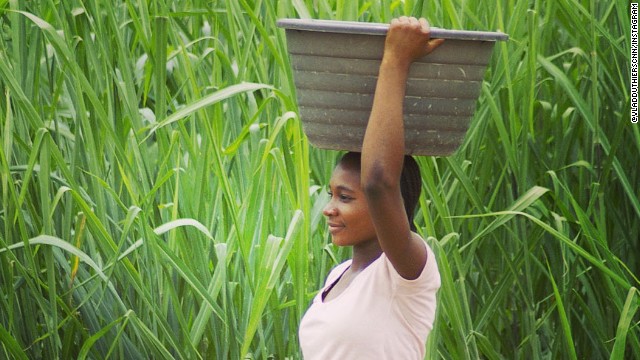 By Amanda Klasing, Special to CNN

Editor’s note: Amanda Klasing is a women’s rights researcher at Human Rights Watch. The views expressed are her own.

This Saturday is World Water Day – a day the United Nations and its member countries have devoted to promoting sustainable management of the world's water resources. It seems fitting that it falls in March, women’s history month, because the lives of women and their families are inextricably linked to access to clean water and sanitation.

Over the last eight years, I’ve spent countless hours speaking with women and girls in Haiti about how access to clean water and sanitation shapes their lives.

Long before the 2010 earthquake, women told me how poor drainage and large-scale erosion left many homes, communities, and agricultural plots at risk of flooding. When hurricanes and tropical storms hit, they had watched as their homes, their families’ crops (and livelihood), and the only roads that connected them to the rest of society washed away toward the ocean.

Women and girls told me they spent many hours of their days fetching water or traveling to rivers and streams to do their families’ laundry. Those duties kept some girls from getting to school on time, causing them to miss important lessons and fall behind their male classmates.

After the earthquake, women and girls told me that they feared going to the bathrooms in camps for the displaced because they weren’t secure. They described being pinched, poked or leered at by boys and men in the displacement camps when they washed themselves out in the open, because there was no safe and private place to bathe. Some gave birth in the dirt in tent camps or in the street without access to running water.

Countless mothers have told me what it’s like to care for children with diarrhea caused by water they know makes them sick. Some lost children or partners to the cholera epidemic, which has killed at least 8,700 people and sickened over 700,000 in Haiti since 2010. Occasionally, international groups gave them water purification tablets.  Often, though, they had to drink from the same water source that killed their loved ones.

Lack of access to clean water and sanitation directly affected their health, their education, and even their risk of violence or death. Their stories are not unique to Haiti. The United Nations estimates that 800 million people lack access to safe, clean drinking water and a whopping 2.5 billion lack access to sanitation.

It wouldn’t take much to improve the situation.  People around the world have experimented with small, cost-effective projects – from rainwater collection, to eco-toilets that don’t require water, to basic educational programs on good hygiene. Inevitably, some large-scale infrastructure investment will be needed too.

This year, countries are laying the groundwork for the next great agenda for poverty alleviation after the U.N.’s Millennium Development Goals run out in 2015. Gender equality and improving access to water and sanitation are both on the current agenda, and yet almost 1-in-7 people still lack access to clean water, and 1-in-3 to a toilet. The burden of this falls on women and girls.

This time around, policymakers need to understand that water and sanitation are both key to poverty reduction and sustainable development – and to achieving gender equality.

Topics: Development • Water • Women
Next entry »What I'm reading: Why would Obama administration do this?
« Previous entryOn GPS Sunday: Will robots take our jobs? And the rise of 'ultimate human performance'

Click here to cancel reply.
Next entry »What I'm reading: Why would Obama administration do this?
« Previous entryOn GPS Sunday: Will robots take our jobs? And the rise of 'ultimate human performance'