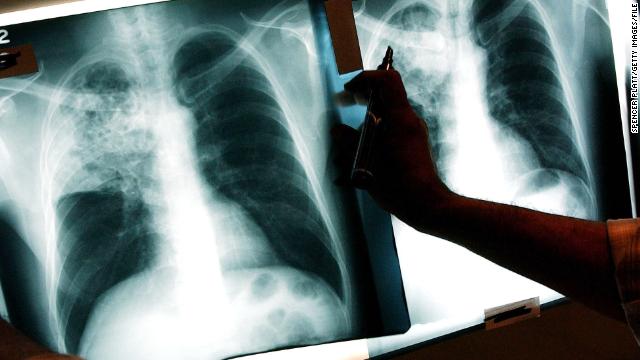 By Martin Cetron and Davide Mosca, Special to CNN

Today’s ease of travel means more people are on the move than ever before – more than 232 million people across the globe are considered migrants, playing an important role by filling jobs in sectors that face a shrinking national workforce. In the process, they frequently enrich societies with their skills, entrepreneurship, and cultural diversity.

Unfortunately, many also originate from countries that have high rates of tuberculosis and fewer health resources. World TB day, being marked today, offers an important moment to take stock of where we stand – and why this is a problem not just for developing countries, but also for rich nations including the United States.

Of the nine million people around the world who get sick with tuberculosis each year, a third do not get treatment. It is this reality that forms the basis of this year’s theme – reaching the “three million,” through a TB test, treatment and ultimately a cure for all.

The challenge, of course, is that many of the missing three million live in the world’s poorest, most vulnerable communities, nations that often don't have the resources to fight TB. These migrants frequently face high exposure to TB infection because of overcrowded and unhealthy living and working conditions in their home countries. As a result, tuberculosis rates are high among foreign-born groups in many industrialized countries, including here in the U.S.

That is why health experts increasingly see migration as a key factor to consider as they develop programs to control the spread of TB.

Unfortunately, in addition to the personal costs, the high rate of TB-related illness and death among people living outside their home country can have devastating economic effects at every level – from individual households to society as a whole. Those with the disease may not be able to bring home a much needed income, send money back to their families in their home country, or contribute to society as they struggle with TB illness.

More from CNN: TB and diabetes a growing threat

All this means that we need to think about migration in new, smarter ways. For a start, we have a responsibility to ensure that the human rights of migrants are respected, including their right to health and safety as they leave their birth country and settle elsewhere. Doing so requires a careful balancing act between the legitimate concerns of governments to ensure health security with the need to protect the health of individual migrants.

With this in mind, the U.S. Centers for Disease Control and Prevention and the International Organization for Migration have been working closely for more than 50 years to provide health assessments and TB treatment for migrants coming to the United States. For example, we help prevent disease and ensure immigrants and refugees receive the treatment they need for TB, including through the new TB screening guidelines rolled out during the past several years, guidelines that are already succeeding in identifying additional cases of TB and making sure immigrants and refugees get the care they need prior to their arrival in the United States.

The problem is that TB prevention and control efforts often overlook the specific needs of migrants and how they differ from others who have TB. Delays in diagnosing TB among this group – and lapses in treatment – are common, in part due to the difficulty those suffering face in accessing affordable healthcare, lack of health education, cultural beliefs, stigma, and marginalization. And, because many migrants are among the missing three million, the absence of TB prevention and control strategies tailored for them remains a barrier to eliminating TB around the world.

Ultimately, supporting the health of this vulnerable group makes sense from financial, social and public health perspectives, and our hope is that we can move toward eliminating TB as a public health problem in the next two decades. Acknowledging and addressing the needs of migrants is a good place to start.

Topics: Health • Immigration
Next entry »Putin trapped by history
« Previous entryWhat I'm reading: Why would Obama administration do this?

Next entry »Putin trapped by history
« Previous entryWhat I'm reading: Why would Obama administration do this?