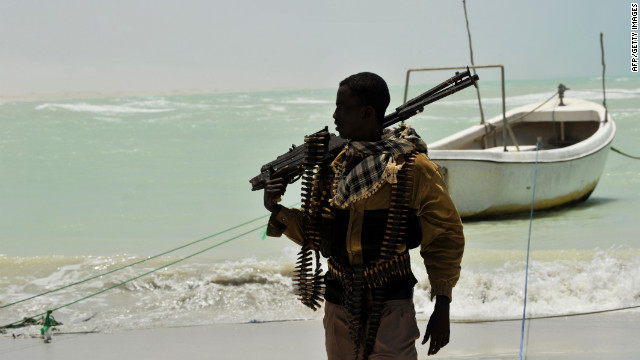 Why the dangerous new turn for piracy matters

By Anthony Russell, Special to CNN

Editor’s note: Cdr Anthony Russell, USCG is the 2013-2014 Coast Guard Executive Fellow to the RAND Corporation. The views expressed here are his own and do not reflect the official policy or position of the U.S. Coast Guard or the U.S. government.

Off the western coast of Africa, just north of the equator, the Gulf of Guinea has endured piracy for decades. But recent spikes in new, more dangerous forms of piracy imply a troubling sense of invincibility in the minds of the perpetrators. Pirates have become more sophisticated, more brash. They think they can operate with impunity.

Consider recent reports of two large tankers going missing in the gulf. These hijacked vessels reportedly maneuvered freely, while pirates transferred their stolen cargo, confident they could filter it back into the market.

Such acts of piracy destabilize regions and contribute to an insecure environment. They also have very real international implications, producing ripples that spread throughout the global economy. For example, Nigeria, the region’s lynchpin, is the world’s fourth-leading exporter of liquefied natural gas. Forty-three percent of its exports go to Europe, accounting for one-fifth of the continent’s non-EU gas imports.

Meanwhile, Russia is using its gas supply to exert diplomatic and economic pressure in their current conflict with Ukraine.

This underscores the importance of diverse, secure energy sources for global stability, as well as the stake that the EU and NATO have in the security of the Gulf of Guinea.

Nigeria’s energy-based economy also creates a single point of failure that could have regional and global repercussions. Given piracy’s effect on corporate profits, it’s not difficult to imagine oil companies withdrawing from the gulf, devastating Nigeria’s economy and destabilizing the entire region.

There’s clearly plenty on the line. But what’s causing piracy in the first place?

While these heists take place at sea, their origins rest ashore. Marginally functional governments with limited security capability or capacity are to blame, as are the transnational organized criminal networks – including white-collar business and government leaders – that exploit the region’s instability.

More from GPS: How to fight piracy

Poor governance in Nigeria, for instance, has produced insurgent-like activities, which have in turn produced piracy. (Nigeria is currently fighting a violent insurgency in the North, having brokered a fragile peace in the Niger Delta, the region’s greatest source of buccaneering.) Meanwhile, the transnational organized criminal networks seize on this chain of instability for political and economic gain.

With so many factors at play in the Gulf of Guinea, how can piracy be stopped?

The key is eliminating the unstable environment that transnational organized criminal networks prey on. This will require sustained political will to improve governance, increase transparency, reduce corruption, and create economic opportunity. (This approach marks an important difference from anti-piracy efforts around the Horn of Africa, where the lack of a functional government in Somalia has allowed the United Nations to give other nations carte blanche to patrol Somali waters. This would be untenable in the Gulf of Guinea region, where piracy crosses the borders of numerous nations whose comparatively functional governments would resist such foreign intervention.)

This effort must be shaped and led by Africa. However, since Europe and the United States have skin in the game, too, there are many ways they can lend a hand over the long term. For a start, the United States should use its diplomatic and economic leverage to create and sustain political will in the region and require transparency and accountability to gain popular trust and erode corruption. It also should provide significant, targeted economic and infrastructure development (e.g., increase refinery capacity, develop commercial fisheries), help modernize the region’s domestic laws and judicial system to address piracy, and target white-collar government and business officials who support transnational organized criminal networks.

Sustained success in the gulf will demand much of the international community: substantial financial and physical support, political will, and patience. Progress will be measured in years, if not generations, but everyone will benefit because of it.

Piracy, as dangerous and destabilizing as it is, is merely a symptom. The real disease is the scourge of transnational organized criminal parasites feeding off the region’s instability. A true cure must stem from the political will of sovereign states and their commitment to improve governance and service.

Next entry »Why the world needs more women in the workplace
« Previous entryWhat I'm reading: The eurozone’s dangerous path