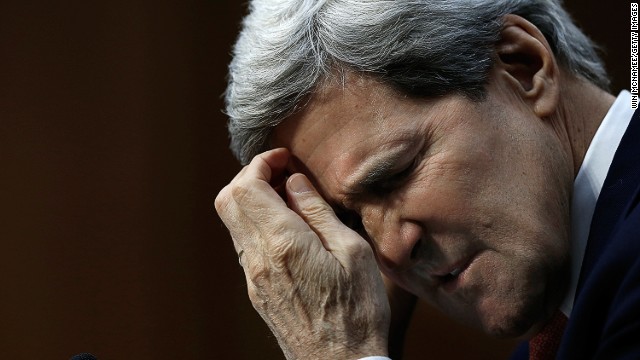 Note to U.S.: We're not children

By Einat Wilf, Special to CNN

The April 29 deadline set by U.S. Secretary of State John Kerry for securing peace and a Palestinian state has passed. And so, after all the back and forth of threats and demands, and the Fatah-Hamas unity deal announced last week, what have we been left with? A couple stuck in a toxic – but for a number of years not an extremely bloody and violent – relationship; a surprisingly enthusiastic counselor who has insisted, against the protests of the couple, on dragging them into counseling; signs of the violence to come as tensions start to rise again between the couple; and a breakdown of the counseling accompanied by a rebuke by the counselor, who laments that he can’t want to fix the relationship more than the couple itself.

This is the story of the most recent round of failed Israeli-Palestinian negotiations. But while this latest push is interesting to dissect and discuss, it is secondary to the real issue, and the effort spent in the inevitable blame game following the breakdown of talks will prove pointless and futile. The fact is that the sides are miles apart. That is simply the way things are – and the two sides in this tug of war realize that better than anyone else.

The dispute between the Arabs and the Jews, between the Palestinians and the Israelis, and the story of the return of the Jewish people to their homeland, is unique and unparalleled in human history. The fact that the two sides are finding it difficult to reach a compromise and make the necessary “tough decisions,” to quote the U.S. president, should therefore come as no surprise.

Kerry, who took it upon himself to try to revive the talks, had initially set ambitious goals for the discussions, expecting no less than a full and final peace agreement between the sides by late this month. But while this quintessentially American spirit of "trying and failing is better than not trying at all" has helped make America great, in the Middle East – especially when it comes to the Palestinian-Israeli conflict – trying and failing is often far worse than not trying at all.

More from CNN: Israel, Kerry is one of your best friends

After all, trying and failing has historically sparked greater violence and deeper despair – just look at the intifada that followed President Clinton’s failed peace efforts. In contrast, the years of stalemate that have characterized the Israeli and Palestinian situation prior to the forced renewal of talks under the stewardship of Kerry were some of the least violent and least bloody in decades of conflict, especially considering the mayhem the Middle East has been convulsed by in the wake of the so-called Arab Spring.

Granted, simply not killing each other is not the stuff that Nobel Peace Prizes are made of. But it is far better than being killed while negotiations are taking place. And, since the sides have been forced into negotiations, violence has escalated – just last week, Gaza-based militants fired half a dozen rockets into Israel on the last day of Passover.

Now, with Kerry’s deadline having come and gone, the two sides have been rebuked by a visibly exhausted secretary of state. President Obama, meanwhile, noted that the sides have not demonstrated the political will to make “tough decisions.” Yet although these words might be true, as they say in the recently celebrated Passover Seder, Ma Nishtana? What has changed?

True, the two sides were not happy with the stalemate. Quite the contrary. But for both sides, it was better than the realistic alternatives – and certainly better than the bloody violence that both sides have been trying to avoid, violence that could be triggered again by risky compromises that have the potential to tear both societies apart.

At the end of the day, Israelis and Palestinians are not children – they are political players quite capable of making their own calculations and choosing alternatives that are the least bad from their own perspective. They might not always be the alternatives that outside observers think they should choose, but both sides should, as other peoples around the world are, be free to judge what is in their own interests. Both Israelis and Palestinians are also very much aware of the decisions they need to make if they are to come to a full and complete peace agreement, one that recognizes the right of both peoples to the land. If they don’t make those decisions, it’s not because they don’t know what they are.

One day, when the geopolitical and political stars are aligned, peace will be possible. But until that moment comes, no amount of external prodding is going to make the two sides take decisions that they just aren’t ready to make.

Topics: Israel • Middle East • Palestinian Authority
Next entry »What I'm reading: Year of trauma in Bangui
« Previous entryHoward: U.S. laws have taken on life of their own

Next entry »What I'm reading: Year of trauma in Bangui
« Previous entryHoward: U.S. laws have taken on life of their own