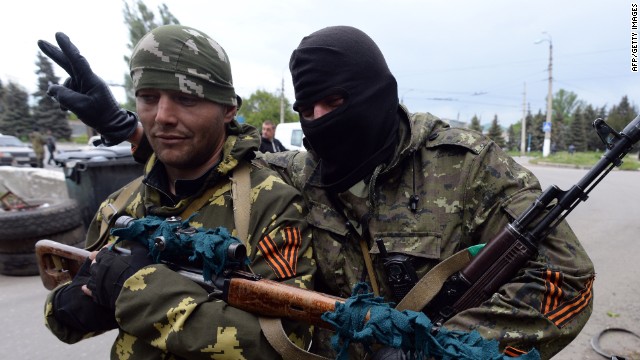 By Daniel Calingaert, Special to CNN

Editor’s note: Daniel Calingaert is executive vice president of Freedom House. The views expressed are his own.

Russian President Vladimir Putin’s decree honoring more than 300 journalists for their “objective coverage” of events in Crimea recognizes the contributions of these foot-soldiers in his propaganda war. Many Americans belittle Russia’s propaganda but miss the bigger picture – Putin and other modern dictators have created an elaborate playbook to probe their opponents’ weak points with a variety of offensive tactics that throw the democratic defense off-guard. Modern dictators use their playbook masterfully, while the world’s democracies hesitate, repeatedly stumble, and let the dictators make their way bit by bit down the field.

Respect for political and civil rights has declined globally for eight consecutive years, due in large part to the growing sophistication of modern authoritarian rulers and their initiatives to tighten control on power amid rising public demands for political change. They write the narrative of what is going on in their country, delete the evidence that contradicts their stories, and close the space online and on the streets for citizens to have their say.

Putin is drawing on the modern dictator’s playbook to solidify support at home and neutralize criticism abroad of his aggression against Ukraine. He uses his dominance of Russian media to propagate his grossly distorted portrait of fascists trying to take over Ukraine and oppressing ethnic Russians (while in fact, two-thirds of ethnic Russians in Ukraine don’t feel threatened or pressured, according to a recent poll). Western journalists repeat his talking points on the Kremlin-backed RT television network in glossy formats, on-air debates, and on-the-scene reports in eastern Ukraine.

As the propaganda about Ukraine saturates the Russian airwaves and seeps into the news coverage outside the country, pro-Russia militia groups have reportedly targeted independent journalists in eastern Ukraine to prevent them from presenting an accurate picture of the situation there and the actions of pro-Russian separatists.

Modern dictators seek to constrain if not wipe out balanced reporting inside their country and to influence news coverage about their country abroad. They increasingly put foreign correspondents under pressure. The current trial against Al Jazeera English journalists in Egypt is just the most glaring example.

News is increasingly spread online, and the internet provides greater space for free expression than traditional media in many countries. In response, modern dictators are extending controls over the web. During protests earlier this year in Venezuela, authorities blocked hundreds of websites, reportedly cut-off internet access in San Cristobal for 30 hours, and interrupted service on Twitter and Zello, a walkie-talkie app. Internet restrictions impede access to online sources of news, which many Venezuelans turn to as credible alternatives to the government-dominated broadcast media, and interfere with social media, which was used to organize public protests.

In Venezuela, the violent crackdown on protests has left at least 41 dead and 700 injured. Security forces aim to literally clear the protesters off the streets, and when the violence and arrests failed to deter further protests, Venezuela’s Supreme Court issued a ruling that demonstrations would require prior approval.

Authoritarian governments seek to undermine their critics in sophisticated ways, as they have in Russia.  The high-profile anti-corruption campaigner Alexei Navalny was convicted of embezzlement in July 2013.  He received a suspended sentence and was allowed to run for mayor of Moscow but was later investigated for embezzlement in a separate case, placed under house arrest, and forbidden from using the internet. The Russian government thus tries to undermine Navalny’s credibility and hamper his work without making him a too obvious symbol of political repression.

The Russian law that brands groups engaging in “political activity” with foreign support as “foreign agents” similarly is designed to vilify or shutter organizations that defend human rights, monitor elections, or otherwise check government abuses. The “foreign agent” law forced the Memorial Anti-Discrimination Center in St. Petersburg to announce its closure on April 9 because it had shared information with the United Nations Committee Against Torture.

The range and sophistication of tactics in the modern dictator’s playbook allow authoritarian rulers to take the initiative time and again and push their opponents back. Modern dictators use various combinations of these tactics as part of their larger strategy to control the political narrative and undermine their critics. They have a strong playbook, and it is guiding their advance. The time has come for the United States and other democracies to update their own playbook.